Home » TV and Movies » The Weakest Link: 20 years since Anne Robinson became the Queen of Mean

The Weakest Link: 20 years since Anne Robinson became the Queen of Mean 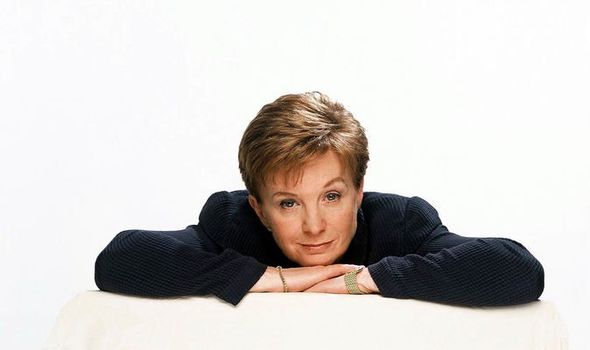 “You are the Weakest Link. Goodbye!” Anne Robinson’s withering catchphrase is still ringing in our ears 20 years on. BBC quiz show The Weakest Link first aired on August 14, 2000, and it was the host’s no-nonsense jibes that made the programme a hit as much as its contestants vying for cash. Although the last new episodes starring the presenter ended in 2017, you can still find old ones on the box featuring her merciless broadsides to hapless competitors.

Some of the Queen of Mean’s classics still make me chuckle.

She once told a player: “This is a general knowledge game, not a home for the bewildered,” and asked another: “Do you think you might get more interesting as the quiz goes on?”

Anne cheekily enquired of beauty therapist Marilyn: “So you haven’t had any time to work on yourself then?”

Nor did she pull any punches with celebrities, asking fellow TV star Rylan Clarke-Neal “Did you especially want to sound like a stationery store?”

At the end of rounds Anne would famously ask: “Who is several fries short of a Happy Meal? Who is the least likely candidate for human cloning?”

Or “If brains were taxed who’d get a refund?”

Some found her acerbic one-liners too cutting, even cruel.

But I believe she was merely upholding the proud art of the putdown.

When insults are combined with brilliantly barbed wit they can be as wounding as any real weapon and seriously funny too.

Indeed, inventive invective has been with us for centuries.

The Roman poet Martial once quipped: “You’re an informer and a mudraker, a con-man wheeler-dealer, a gigolo and an educator in evil. All that, Vacerra, and amazingly, you’re still broke.”

US President Abraham Lincoln famously said of a rival: “He can compress the most words into the smallest idea of any man I know.”

While Ludwig van Beethoven cut another composer dead with the line: “I like your opera, I think I will set it to music.”

A study by the University of Queensland in Australia found that the ability to think fast on your feet like this is key to charisma.

Indeed the French even have a telling phrase for thinking of great ripostes after the moment has gone: “L’esprit de l’escalier” (the staircase mind). But there are some folk who can pull it off with ease.

When an opponent physically spat upon Roman senator Cato the Younger, Cato spat back: “I will swear to anyone, Lentulus, that people are wrong to say that you cannot use your mouth.”

The ultimate master of the sharp rejoinder was, of course, former Prime Minister Winston Churchill.

Lady Astor is said to have told him: “If I were married to you, I’d put poison in your coffee.”

Churchill snapped back: “If I were married to you, I’d drink it.”

He dismissed Labour leader Clement Attlee as “a modest man, who has much to be modest about” and when disturbed by the Lord Privy Seal while on the toilet, said: “I can only deal with one s*** at a time!”

Playwright George Bernard Shaw sent him an invitation which read: “I am enclosing two tickets to the first night of my new play; bring a friend – if you have one.” Churchill replied: “Cannot possibly attend first night; will attend second – if there is one.”

And Indian leader Mahatma Gandhi, asked: “What do you think of Western civilisation?” cleverly countered: “I think it would be a good idea.”

The American writer Dorothy Parker said the first thing she did in the morning was sharpen her tongue.

Responding to Sir Alex Ferguson’s remark in 2002 that Manchester United were the best team in the Premier League, Arsenal manager Arsène Wenger showed linguistic footwork replying: “Everyone thinks they have the prettiest wife at home.”

Comedians are often at their best dealing with hecklers.

My favourite is Billy Connolly’s: “Shut up. Do I come to your work and tell you how to sweep up?”

Mere insults are simply rude, but some capture an essential truth.

For instance Sir John Gielgud said of Casablanca star Ingrid Bergman “She speaks five languages and can’t act in any of them.”

And there have been some great put-downs from all walks of life.

Music mogul Simon Cowell’s X Factor barbs included: “If your lifeguard duties were as good as your singing, a lot of people would be drowning.”

Pop’s Prince said Michael Jackson’s hit album was called “Bad because there wasn’t enough room on the sleeve for Pathetic”.

In sport, boxer Muhammad Ali said: “Joe Frazier is so ugly he should donate his face to the US Bureau of Wildlife.”

While soccer icon George Best’s verdict on England footballer David Beckham was: “He can’t kick with his left foot, he can’t head, he can’t tackle, and he doesn’t score many goals. Apart from that, he’s all right.”

Some of the best put-downs can be self-deprecating.

Singer Dolly Parton said of herself: “It takes a lot of money to look this cheap.”

Then there are those that are simply genius, like Groucho Marx saying: “I never forget a face, but in your case, I’ll make an exception,” or film star Bette Davis on hated fellow star Joan Crawford: “Just because she’s dead doesn’t mean she’s gonna change.”

However, as The Weakest Link‘s 20th anniversary approaches, it seems that the clever put-down could be on the wane with “cancel culture” and snowflake-style disapproval making people shy away from a spot of deft disparagement.

But it’s vital once in a while, lest we get too big for our boots. The witty dig is one of things that marks out human intelligence.

Indeed I can’t help thinking that Oscar Wilde, in penning the ultimate put-down, that “God, in creating Man, somewhat overestimated his ability”, proved himself wrong.