The Weather Channel Will No Longer Use Term 'Dixie Alley' 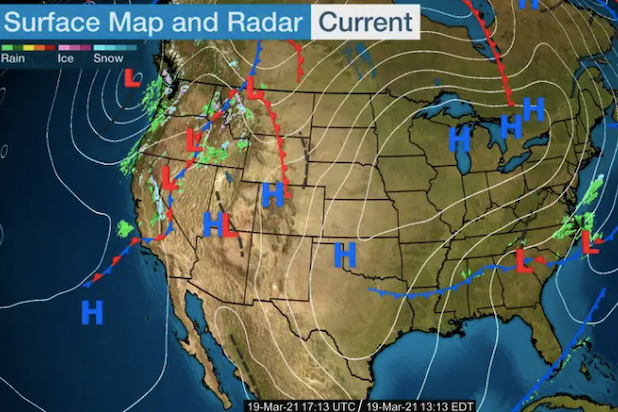 The Weather Channel has vowed to no longer use the term “Dixie Alley,” verbally or graphically, to describe the Southern portion of the country.

“Effective immediately, we will discontinue use of the racially-insensitive term ‘Dixie Alley’ — and I call on others in the industry to do the same,” said Byron Allen, founder, chairman and CEO of Allen Media Group, parent company of The Weather Channel television network. “We must all work harder to become ONE America.”

The Weather Channel launched more than 38 years ago. Allen’s media group acquired the cable network about three years ago for $300 million.

This instruction, announced to the media on Friday, is not the first change Allen has brought to The Weather Channel.

During a virtual panel last month at the Television Critics Association’s (TCA) winter press tour, Allen said that shortly after taking over cable’s weather leader, he instructed producers and talent to openly talk about the effects of climate change. Allen said he did so after gathering the network’s scientists and asking them bluntly if climate change was the existential threat many experts say it is.

“And without exception, every scientist in that room raised their hand and said we’re in trouble,” he recalled for the room. (Well, in this case, to the Zoom.)

“The Weather Channel had a way of making sure that they didn’t offend folks, and they would never talk about climate change and global warming, because there were some people who said it wasn’t happening, and some people said it was happening,” Allen continued. “I’m going to go with the scientists, because people don’t truly understand that climate change and global warming is the greatest threat to human beings on planet Earth. We have to inform folks so we can help save their lives. I mean, it actually means you’re going to die.”