Prime Minister Boris Johnson announced today that he has tested positive for COVID-19. Eamonn Holmes and Ruth Langsford broke the news to ITV viewers at home following a short clip the PM had released on Twitter just moments before.

Minutes after the news broke, Dr Sara Kayat joined the pair via video link to explain what implications Mr Johnson’s diagnosis may have.

As Holmes and Langsford began quizzing the doctor, it didn’t take long for questioning to turn to Mr Johnson’s pregnant partner, Carrie Symonds.

Dr Kayat suggested both Mr Johnson and Miss Symonds should “self-isolate” away from “each other” following the news.

The ITV guest added: “We know pregnancy puts you in a high-risk category. 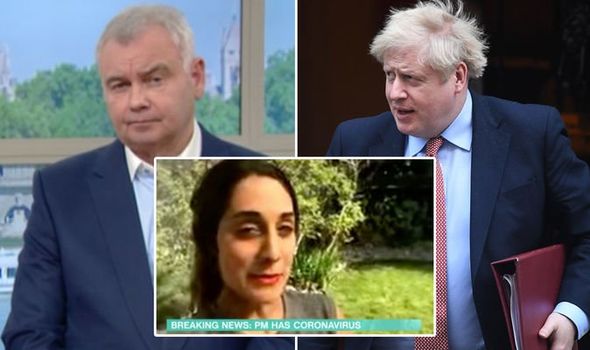 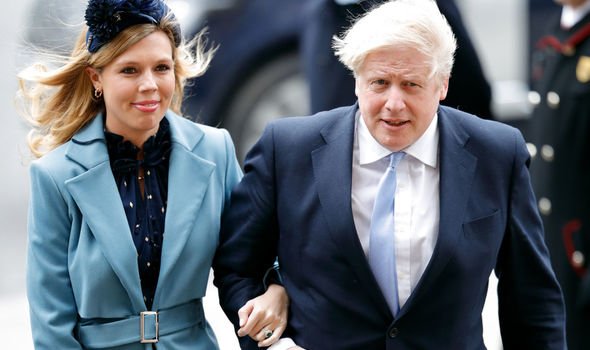 “And that’s not because you’re more likely to catch it,

“But you may have a slightly more hampered immune system.

“Therefore, you could be more likely to get more serious consequences.

“We believe that is more likely in the later trimester rather than the first two.” 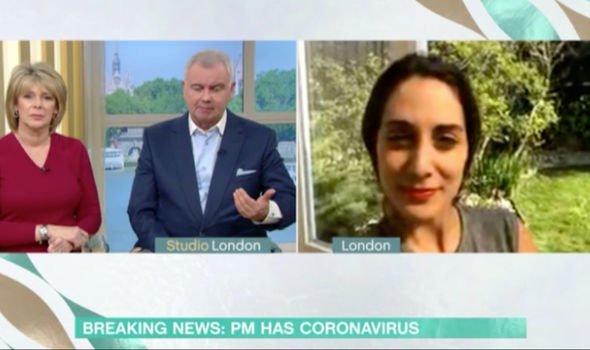 She continued: “I’m not sure how many weeks pregnant his partner is,

“But certainly, if she’s on that latter half, I would suggest they try self-isolate as much from each other if possible too.”

It is believed Miss Symonds and Mr Johnson are expecting their first child together sometime this summer.

The pair also announced their engagement earlier this year.

The news of the Prime Minister’s diagnosis came hours before Health Secretary Matt Hancock also announced he had tested positive for the virus.

Mr Hancock announced he is now self-isolating as per medical advice outlined by the NHS.

On Twitter, he wrote: ” Following medical advice, I was advised to test for #Coronavirus.

“I‘ve tested positive. Thankfully my symptoms are mild and I’m working from home & self-isolating. Vital we follow the advice to protect our NHS & save lives #StayHomeSaveLives.”

This Morning continues weekdays at 10am on ITV.