Kids Say The Darndest Things, but the children’s’ odd and adorably clueless phrases host Tiffany Haddish has to deal were not enough for the CBS variety show to rule Wednesday’s ratings.

Wednesday’s episode kicked off with Haddish asking two children about themselves, their dreams and their families while their mothers watched from behind a wall. The premiere also featured a prank casting where two girls played with a speaking with and another segment saw kids boast their skills – from cup-stacking to eardrum-bursting screams.

Upon its ABC premiere, KSTDT was the network’s highest-rated and most watched program of the night. That wasn’t the case for CBS on Wednesday, as the David Boreanaz drama SEAL Team took that seat (0.4, 3.66M).

KSTDT was up against NBC’s Chicago Med, Fox’s The Masked Singer, The CW’s Kung Fu. It also clashed with ABC’s The Goldbergs and Home Economics at the 8 p.m. and 8:30 p.m. time slots,  respectively.

Wednesday evening saw The Masked Singer reign supreme with the highest rating, a 1.0 in adults 18-49. However in total viewership, Chicago Fire (0.9) took the crown with 6.95 million viewers, second in ratings. The rest of the Chicago trio follow in next highest ratings and viewership – Chicago PD (0.9, 5.56M) and Chicago Med (0.8, 6.82M).

See all of Wednesday’s primetime ratings below. 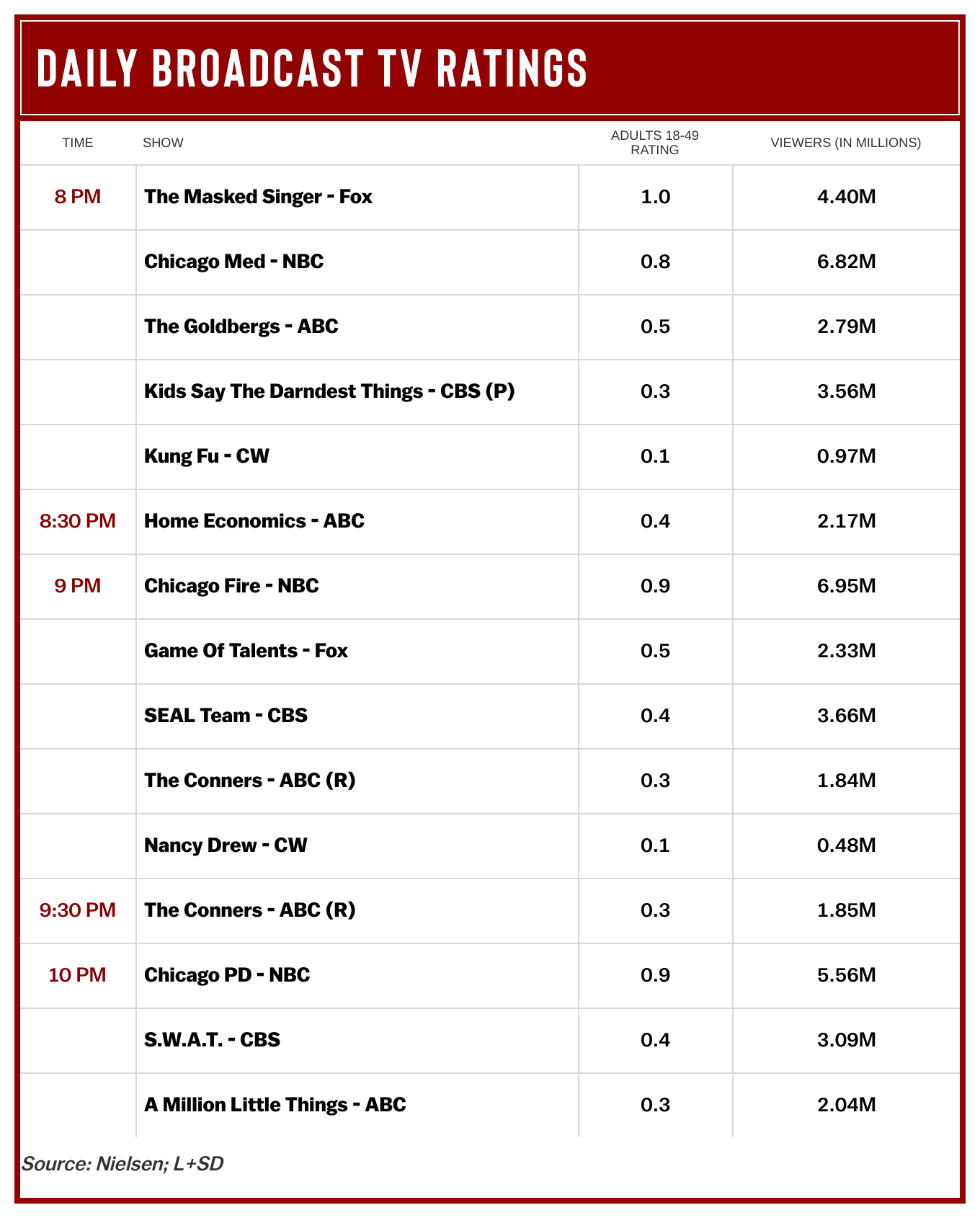