This maligned flight of fancy contains a trove of underrated accomplishments worthy of reappraisal. 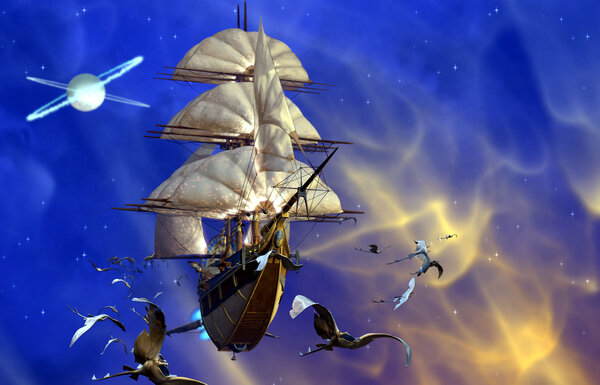 For the directors Ron Clements and John Musker, who were responsible for some of the studio’s most profitable animated releases including “The Little Mermaid” and “Aladdin,” this outer space retelling of Robert Louis Stevenson’s seminal novel “Treasure Island” had been a beloved brainchild for 17 years before its fateful release in 2002.

Over the five-day holiday weekend, the space odyssey took in only $16.7 million at the domestic box office, on a budget of $140 million, as well as plenty of unfavorable reviews. Analysts scrambled to determine the cause of such a cataclysmic financial disappointment.

Some experts considered it a casualty of an oversaturated family market (“Harry Potter and the Chamber of Secrets” and “The Santa Clause 2” were still occupying screens), or perhaps it was a victim of a self-serious marketing campaign with a troublemaker animated protagonist.

At the time, the Variety critic Andy Klein praised the visuals as up to the “studio’s best,” but felt the “film’s total appeal may be undercut by a script that rarely feels inspired.” Roger Ebert wasn’t taken with the adaptation, writing that “pirate ships and ocean storms and real whales (as opposed to space whales) are exciting enough.”

Other experts thought of it as further proof of young viewers’ resistance to animated features in the science fiction genre after the stumbles of “Titan A.E.,” released in 2000, and “Atlantis: The Lost Empire,” which debuted in 2001. And still some blamed video games for having captured the attention of preadolescent boys — the perceived target audience. The most concerned went as far as to suggest that Disney should rethink its entire investment in animation. (As we now know, the studio didn’t yield, but two decades later its $180 million sci-fi saga “Strange World” stumbled on the same weekend, bringing in only $18.6 million this past Thanksgiving.)

Despite the troubled history of “Treasure Planet,” this maligned flight of fancy contains a trove of underrated accomplishments worthy of reappraisal. Both its technologically advanced visuals and the poignancy of its interpersonal conflicts make it a bright anomaly in the constellation of early 2000s animation that deserved to soar.

Told in a world where 18th-century designs and futuristic stylization collide, this is the story of a teenage hero evolving from a boy into a man. Constantly straddling the line between the old and the new, in form and in narrative, Musker and Clements steered the literary classic into the new millennium and beyond the stars.

The interstitial essence that defines the film is also reflected in the craftsmanship behind it. An unsung triumph of technical innovation, “Treasure Planet” marked a turning point in the use of 3-D computer graphics in Disney animated features.

The veteran animator Glen Keane’s work on John Silver highlighted this transition. The pirate’s body was animated by hand while his bionic arm came to life via computer-generated imagery.

Most of the characters, with the exception of the robot B.E.N., were hand-drawn and inhabited virtual sets conceived through a process known as “deep canvas,” which allows artists to draw detailed 3-D environments, for a striking hybrid aesthetic.

A sequence where the main vessel, RLS Legacy (named after Robert Louis Stevenson), must traverse a dangerous supernova serves as imposing example of one of the many instances in which this visionary combination of modern tools and old-fashioned handmade animation astounds. The traditionally animated sailors face the realistically rendered fiery supernova as it becomes a black hole for an action-packed set piece full of interplanetary explosions.

Among the final Disney productions to implement substantial 2-D components, “Treasure Planet” was caught between the past and the future of animation.

By the early 2000s, the advent of 3-D computer graphic animation as preferred cost-cutting approach over hand-drawn animation had begun to take hold with competitors like DreamWorks, who found success with the Oscar-winning “Shrek,” or Blue Sky Studios, with its box-office hit “Ice Age.”

Outside of its irreplicable conception, “Treasure Planet” also tapped into adolescent woes that powerfully spoke to many teens because it treated the flood of emotions young people grapple with as legitimate. The hero here was rough around the edges.

For their intergalactic coming-of-age tale, the directors turned Hawkins into a rebellious 15-year-old with a braided rat tail who surfs the skies on a solar-powered board. His father left when he was a child and his loving but worried mother can’t seem to get through to him. To find himself and mature, this brooding heartthrob must leave on an epic quest.

Back when it hit theaters, observers may have deemed this version of Jim an unsympathetic lead, but it’s precisely his temperamental attitude, defiance toward authority and guarded vulnerability that make his unconventionally heroic character profoundly relatable.

Though not a musical, “Treasure Planet” features a touching montage to the tune of the singer’s John Rzeznik’s “I’m Still Here,” a song written for the film, that bridges Hawkins’s abandonment trauma and his burgeoning relationship with Silver, a figure filling that paternal void.

That aching search for validation — the need for a flawed role model to tell you how proud they are of you — comes across with a deep emotional maturity in Musker and Clements’s passion project, written with Rob Edwards.

Months after its disastrous stint in cinemas, “Treasure Planet” received an Academy Award nomination for best animated feature, an accolade that, according to reports, came as a surprise to those at Disney. The worldwide gross was a meager $109.5 million. That it was met with disinterest in its time is a tragic outcome for one of the most indelibly out-of-the-box efforts Disney has ever produced.

Still underappreciated but not entirely forgotten among those who would discover it on home video growing up, the movie embodies the pioneering spirit of honoring, but still surpassing, what was done before in order to reach new heights.

That’s what Hawkins and his band of extraterrestrial misfits are after, and exactly what the pair of seasoned storytellers that brought them to life did with the source material, warts and all.