So earlier this week, Tyler Cameron made it very clear that—despite Bachelor nation’s intense shipping (people are Venmo-ing him for an engagement ring, lol) and the fact that he and Hannah were quarantining together (and maybe sharing a bed!)—he’s not currently dating Hannah Brown or anyone for that matter. During an Instagram Live he straight-up said, “No, I’m not dating nobody.”

However, that doesn’t mean that he’s ruling out the idea of dating Hannah in the future. Or at least, in a new vid he sure seems to imply that he wants to get back together with Hannah eventually. In a video captured by the Bach stan account @bachelorteaspill, Tyler says: 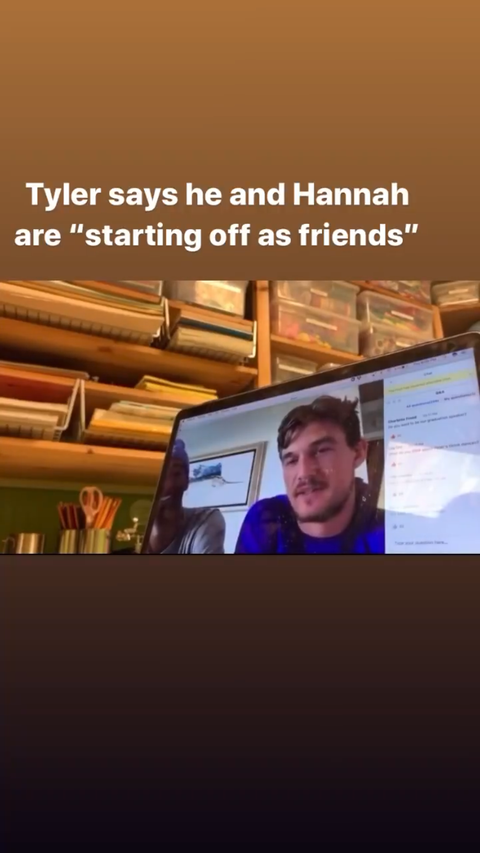 Hmm…”starting off” as friends? Can’t date “right now”? If you ask me, it looks like it’s only a matter of time before Hannah and Tyler start full-on dating again…