Shriek had a pretty good run in Marvel comics 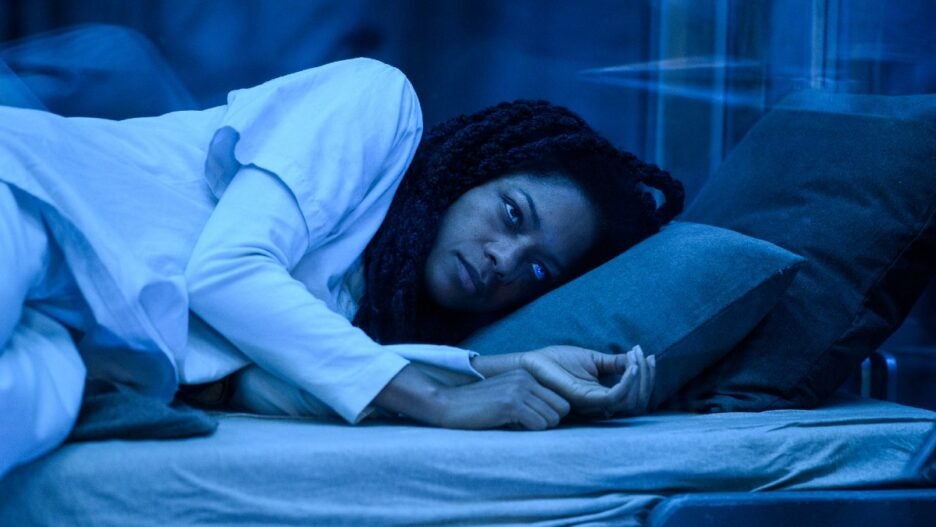 Spoilers for “Venom: Let There Be Carnage” ahead.

“Venom: Let There Be Carnage” may tell the story of two different symbiotes — it also sets the stage for a third, but that’s another conversation — but the sequel film also brought in another deep cuts Marvel Comics villain.

In the movie, we know her primarily by her actual name, Frances Barrison. But in the comics, she’s known by something a bit more terrifying: Shriek.

In “Venom 2,” Frances, played by Naomie Harris, is introduced as a childhood friend and love interest of Cletus Kasady (Woody Harrelson). The two met at St. Estes, a home for “unwanted” children. But because her mysterious power is growing, she tells Cletus she’s being taken away, before a bunch of goons come in to do just that.

Frances attempts an escape from the van taking her to Ravencroft, revealing that she has a deadly cry and blowing out Officer Mulligan’s ears in the process. He manages to shoot her in the eye though, subduing her and in fact, making it appear she was killed. Instead, she’s secretly taken to Ravencroft, where she sits for years until Cletus busts her out.

To be fair, Frances did get to embrace her villainous alter-ego in “Venom: Let There Be Carnage.” They only refer to her explicitly as Shriek once, in a bit of a blink-and-you’ll-miss-it moment, but it does come, during one of the movie’s many huge action sequences. (So you’d be forgiven if your ears didn’t quite catch the name). But how exactly does Shriek tie into the universe at large?

Well, in the comics, she’s actually a pretty major player. Shriek was created by writer Tom DeFalco and artist Ron Lim, and first appeared in “Spider-Man Unlimited #1” in May of 1993.

She had a miserable, abusive childhood, and eventually became a drug dealer until she got busted by Cloak and Dagger. After a brief stint in Cloak’s dark dimension pushed her over the edge into insanity, Shriek was taken prisoner and experimented on in Ravencroft. It’s never made totally clear how Frances developed her deadly scream in the comics, but she certainly used it to her advantage.

Along with her sonic cry though, Shriek also has the ability to turn people evil. In “Spider-Man: Maximum Carnage,” she meets Carnage in Ravencroft, adopts him as her husband, and together they terrorize New York, making good use of Shriek’s secondary ability.

Shriek and her adopted family — because yes, she also adopted children and a pet with Carnage — were technically Spider-Man villains, but did take on several of his allies, including Black Cat, Iron Fist, and Venom. Shriek has a wild series of adventures, but eventually, Spider-Man defeats her and she’s returned to Ravencroft.

At times, Shriek is also known as Sandra Deel, and over the years has appeared in multiple major story arcs within the comics. But, in “Absolute Carnage #1,” she offered herself as a sacrifice to revive Demogoblin, her adopted son. To commemorate Shriek’s sacrifice, and acknowledge having a female host, Demogoblin took the name to Demagoblin.

Now, as far as the cinematic universe goes, Shriek seems significantly more minor. This is likely the first and last time we’ll be seeing her on screen, considering she falls several stories only to be crushed by a giant bell at the end of “Venom: Let There Be Carnage.”

There’s slim to no chance that she’ll appear in the MCU because, as with Venom and the upcoming Morbius, Shriek is a character who first appeared in Spider-Man comics and is thus part of Sony’s not-quite-MCU-approved Marvel Universe resulting from Sony’s licensing deal for all characters related to Spider-Man.

So, this is just one instance where a major Marvel villain is a one-off — but given that mid-credits sting, who knows what could be possible for Shriek.