“I’ve been thinking about you, Eddie,” Woody Harrelson’s Cletus Kasady monologues in the first trailer for Venom: Let There Be Carnage. The comic book serial killer was first introduced in the post-credits scene of 2018’s Venom, when Eddie Brock (Tom Hardy) visited him in prison for an interview. As he tells Eddie now, “You and I are the same.”

See, Cletus is inflicted with an alien symbiote of his own — the titular Carnage — though they’re less interested in the parasitic odd couple routine Eddie and Venom have going and mostly just wants to cause chaos. As teased in the trailer, a lethal injection gone wrong is what appears to let Carnage loose. And he won’t be alone, as Let There Be Carnage introduces the villainess Shriek (Naomie Harris), too.

Andy Serkis took over directing duties on the sequel, which also sees Michelle Williams and Reid Scott reprising their respective roles. Venom: Let There Be Carnage is in theaters Sept. 24. 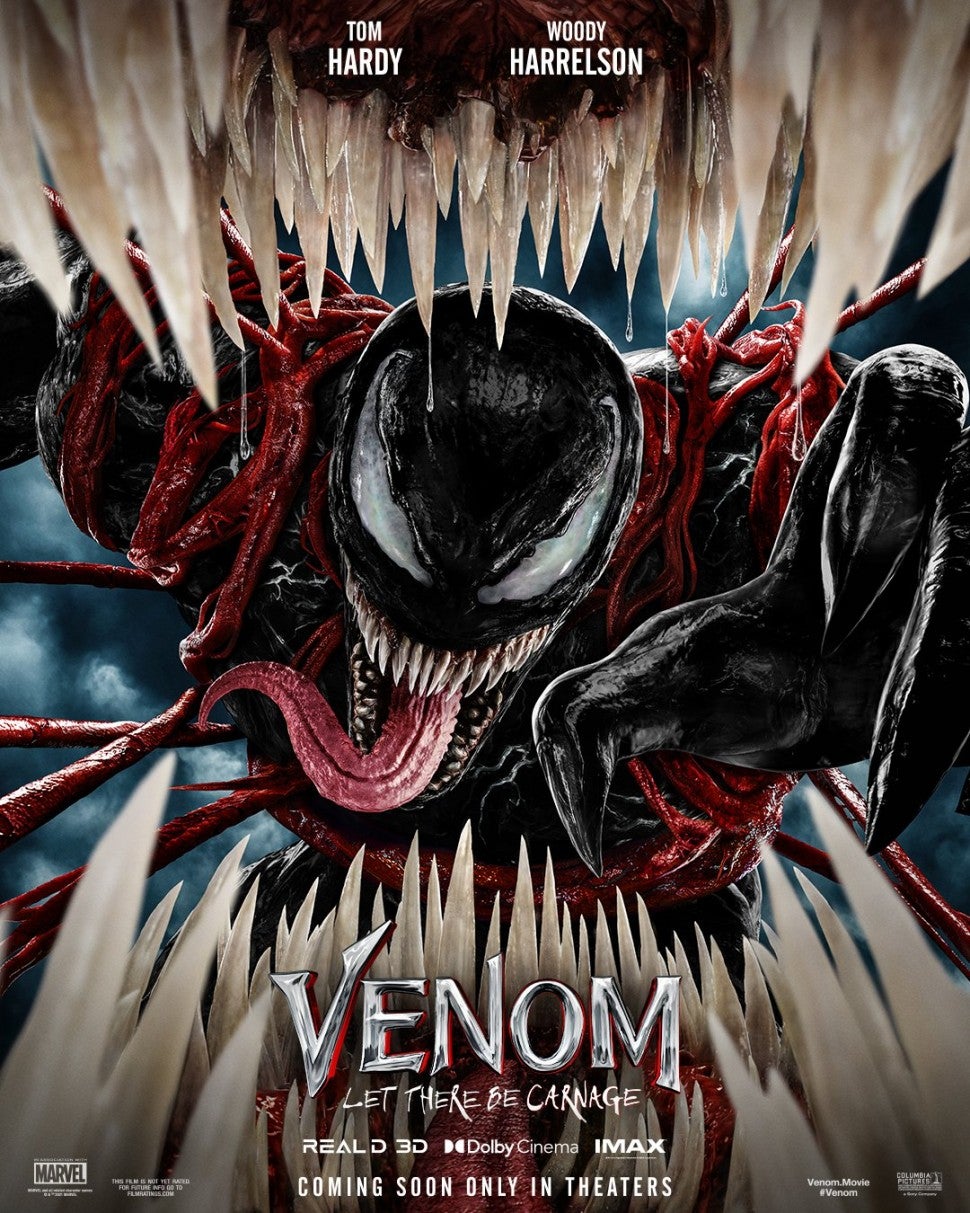