New science fiction drama Raised by Wolves premiered its first three episodes for HBO Max on September 3. Former Vikings lead Travis Fimmel joins the cast in a pivotal role after a lengthy absence from television projects. The former History Channel star has revealed what drew him back to TV after leaving Ragnar Lothbrok behind.

Travis Fimmel has been a sorely missed television presence since his departure from History’s Vikings in 2017.

After pioneering the popular historical epic for four seasons, Ragnar Lothbrok met his demise at the bottom of a snake pit at the end of season four.

Since then, Fimmel has avoided prestige telly, finding a home in independent drama films such as Maggie’s Plan and Lean on Pete.

Although the Vikings star briefly dipped his toe into more mainstream properties when he took the lead role in video game adaptation Warcraft, Raised By Wolves marks his first major production since 2017. 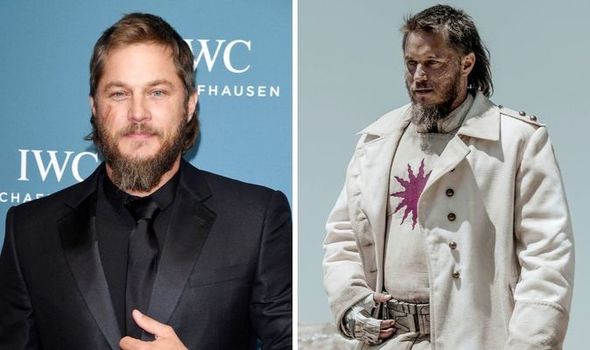 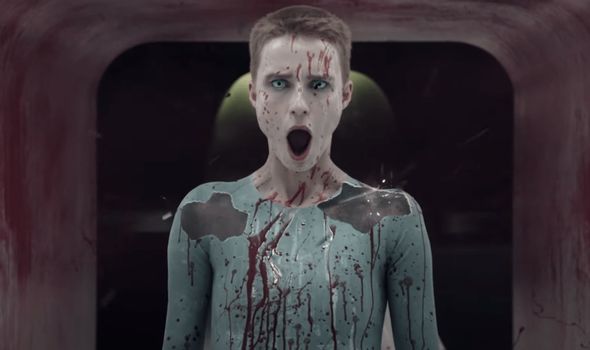 The mysterious science fiction series is borne from the mind of screenwriter Aaron Guzikowski, with legendary filmmaker Ridley Scott taking the helm as director and producer.

Joining the series as a human named Marcus, Fimmel confessed there was just one reason why he was initially attracted to the project.

He explained: “I thought I’d never do (a TV series) again. I wasn’t interested.

“But Ridley… it’s all Ridley Scott. I never even read the script when I said yes. I just wanted to work with Ridley.” 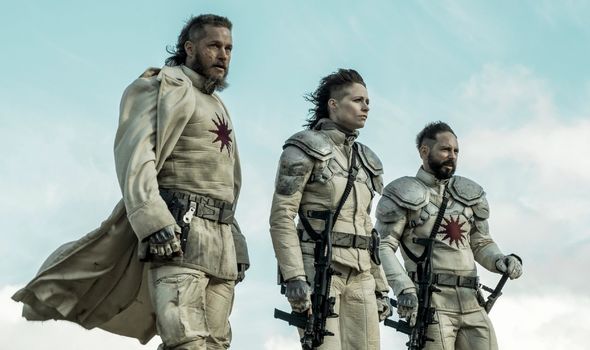 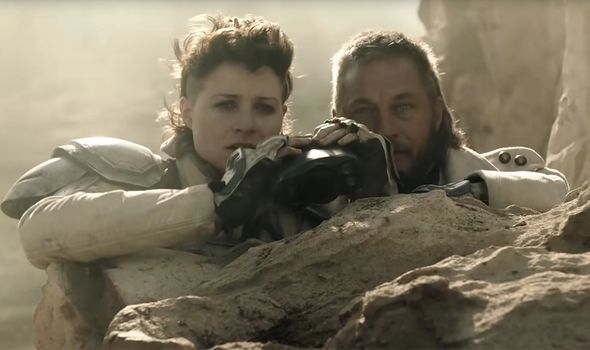 Much like Travis Fimmel, director Ridley Scott is familiar with taking on historical legends and received acclaim for films such as Gladiator and Kingdom of Heaven.

However, Scott originally made his mark in the sci-fi genre with films Alien and Blade Runner, the former of which he revitalised with prequel films Prometheus and Alien: Covenant.

The first trailer for the new futuristic drama has revealed some surreal sci-fi visuals which may put off fans of the more historically-adjacent Vikings.

To put his original fans at ease, Fimmel has revealed the two shows are surprisingly familiar in its concepts, and potential viewers shouldn’t be deterred from tuning in.

He said: “It’s amazing. We’ve been talking about it a lot today, but it’s like history is like the present day, with things that we haven’t learned.

“And then it looks like the future’s gonna be [the same]; we haven’t learned anything either. You know, we still can’t get along.”

The series looks to be a return to Ridley Scott’s Alien roots as it follows two malfunctioning androids, Mother (Amanda Collin) and Father (Abubakar Salim) tasked with raising human children after the destruction of Earth.

Much like Vikings, Raised By Wolves also deals with hard-hitting themes such as family and religious differences as the series explores a speculative future of humanity.

For those who have already dived into the cerebral sci-fi world, the series will continue with two new episodes on September 10.

Meanwhile, Vikings season six is hoped to continue later this year after production was put on pause amid the outbreak of coronavirus.