Home » TV and Movies » Vikings: Who is Amma? Is Amma based on a real person?

Vikings: Who is Amma? Is Amma based on a real person?

Vikings season six, part A saw a range of new characters introduced to the series. Throughout the first 10 episodes, fans got to see more of Amma, played by Canadian actress, Kristy Dawn Dinsmore. Express.co.uk has everything you need to know about her character Amma.

Who is Amma in Vikings?

Amma is a Norwegian shield-maiden who settled in York, England.

In season six, part A, she was mainly caring for a troubled Hvitserk (played by Marco Ilsø), who had turned to alcohol and drugs to fight his PTSD.

Hvitserk was traumatised by the death of Thora (Eve Conolly) and wanted to take revenge and kill his brother Ivar the Boneless (Alex Høgh Andersen).

He also landed himself in serious hot water after he killed the famous shield-maiden Lagertha (Katheryn Winnick). 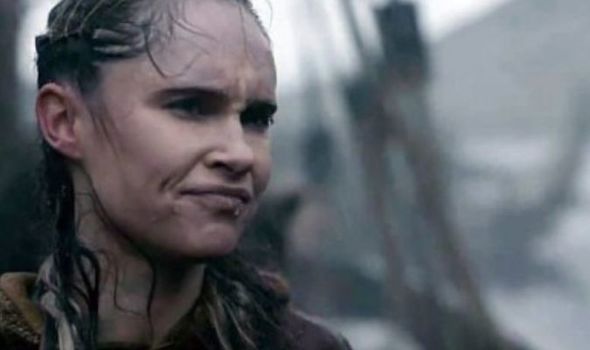 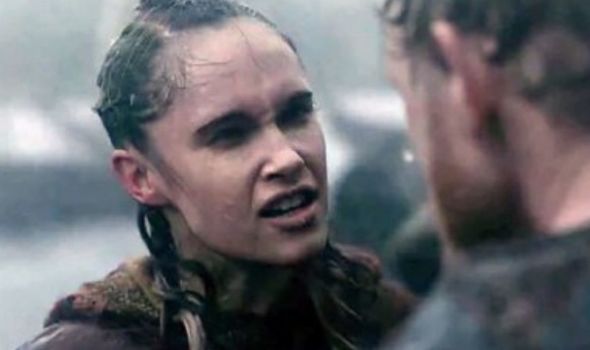 As a result, he was banished from Kattegat, which only came back to bite Bjorn Ironside (Alexander Ludwig) when he teamed up with Ivar to take back the village in the season six finale.

Amma was the person to last see Hvitserk before he killed Lagertha and the first to find him after he ran away after committing the brutal act.

Throughout the series, Amma is spotted weeping for Hvitserk and caring for him. She also tries to steer him away from drink and drugs.

Amma attempted to calm Hvitserk down after he began having hallucinations about his brother Ivar trying to kill him. 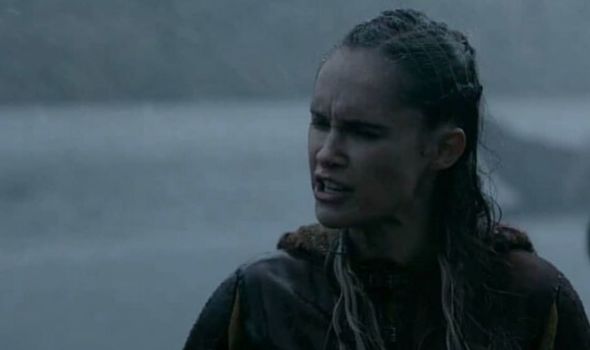 She has always been a caring person, first looking after Magnus (Dean Ridge) in season five of the show on their journey back from England.

According to Fandom, she is a shield maiden who joined Bjorn and King Harald’s (Peter Franzén) raiding party to return to Kattegat and dethrone Ivar.

The page says: “During the trip across the Baltic, she was asked to watch over Magnus.

“During the massive storm ride, she overheard Magnus praying in fear to God, not Odin and questioned him about it.

“Magnus denied to her that he was a Christian.” 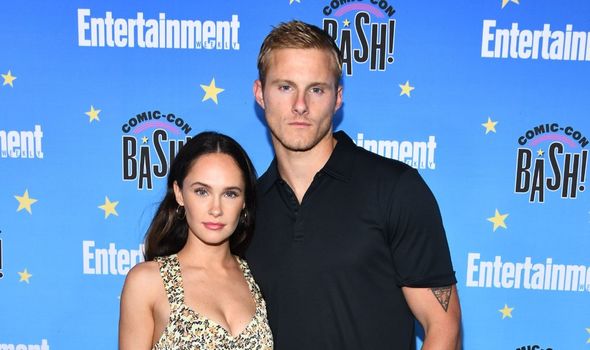 Is Amma based on a real person?

Amma in Vikings is not believed to be based on a real person.

Actress Kristy Dawn Dinsmore who plays Amma revealed to YVR Screen podcast and Magazine the inspiration behind her character, describing her as “fierce and strong.”

She said: “We had a dialogue coach on set, and he told me that, in Scandinavian culture, amma means to nurture or breastfeeding, so I played off of that while developing the character.

“Although she’s seriously loyal to the family of the Lothbroks, she has a sensitive side to her as well.”

Kristy Dawn Dinsmore is a professional dancer and actor from Vancouver, Canada.

Her first on-screen role was in the 2008 film Storm Cell, where she portrayed a young Mimi Rogers.

Dinsmore then went on to star in numerous Canadian shows including Rogue, Supernatural and Loudermilk.

Dinsmore is dating her Vikings co-star Alexander Ludwig with the pair sharing photos together on social media.

Before Dinsmore made her debut in the show, Ludwig shared a sweet post on Instagram where he praised his girlfriend.

He captioned a photo of Dinsmore as Amma: “Introducing #Amma #vikings she may be the smallest but no doubt she’s also the fiercest #viking.

“It was one of the greatest gifts of my life to get to work with my woman @_kristydawndinsmore over the past two years on #vikings I love this character and everything you bring to it. CONGRATULATIONS Baby!”