Jack and Charmaine have had a difficult relationship for the prior two seasons.

After nurse practitioner Mel Monroe (Alexandra Breckenridge) moved to Virgin River from Los Angeles, the former friends with benefits have struggled with their feelings for one another, and Charmaine has struggled with Jack’s budding relationship with Mel.

Complications arose when Jack began falling in love with Mel, and Charmaine got pregnant.

Unable to resist Mel, Jack and Charmaine are no longer together, yet Charmaine still hopes the two can be together and be a real family once their twins arrive. 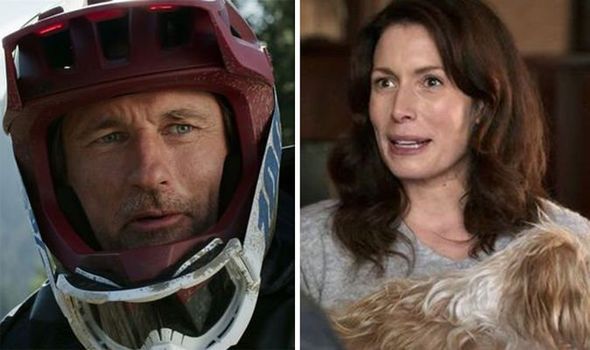 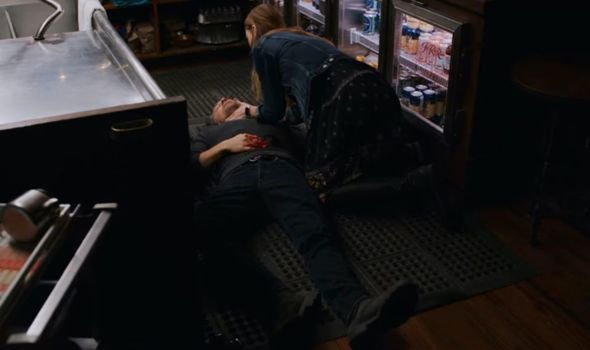 Mayor Hope McCrea (Annette O’Toole) can’t help but root for Jack and Mel, adding: “Those two have more sparks than a Fourth of July parade. It’s a damn shame they aren’t together.”

Throughout the two seasons, the entire town became invested in who Jack will eventually choose, with residents either ‘Team Mel’ or ‘Team Charmaine’. 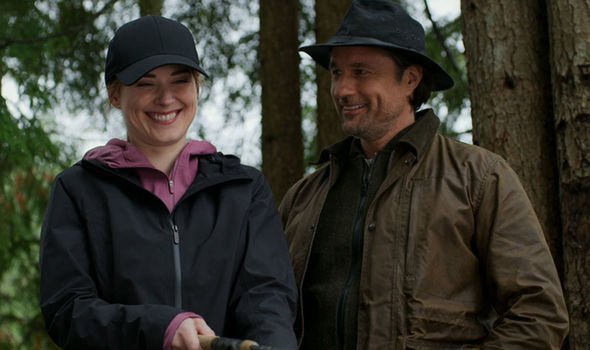 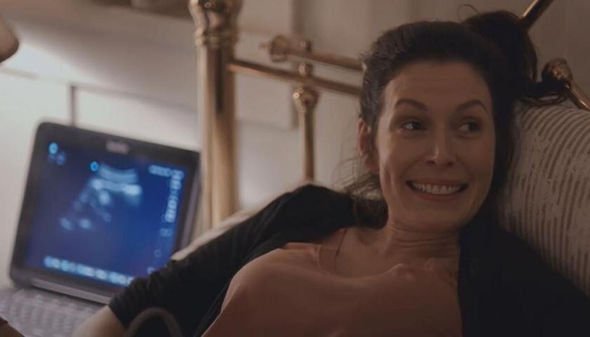 After finally admitting their love for one another, the season two cliffhanger saw Mel finding Jack shot in his bar.

A mysterious shooter shot him in the abdomen and Mel was left desperately trying to save his life.

Fans are wondering if it is Charmaine who shot Jack due to jealousy.

Speculation is also rising about whether Jack is the real father of Charmaine’s twins, and whether it’s a possible motive to commit murder.

Aside from Charmaine, the other probable suspect is Calvin as he and Jack have a long-established history.

Calvin’s importing of drugs and the pending RICO case against him make him a primary suspect as well.

Jack was seen talking with Spencer (Chad Rook) about testifying against his boss Calvin in exchange for protection, which Calvin later found out about.

Jack was never fond of Calvin and his illegal activity on the other side of Virgin River, as well as his discovery that Calvin sabotaged his restaurant by poisoning the food. Calvin purposely sabotaged Jack’s restaurant in retaliation for Spencer’s cooperation with the police.

Towards the end of season two, Brady (Benjamin Hollingsworth) and Calvin’s right-hand man Jimmy (Ian Tracey) kidnapped Jack on Calvin’s orders but he lets him go. Was he planning something else instead?

Charmaine continued to struggle with her pregnancy and her unrequited love for the father who is in love with someone else.

Fans might have already ruled out Charmaine as a suspect due to the remaining shady characters in town, as well as her love for Jack.

However, Charamine can’t be ruled out completely just yet as Jack rebuffed her advances once again just moments before the shooting.

How will Charmaine handle Jack’s shooting in season three?

Virgin River season three is currently filming, with a release date yet to be announced.