Season four of Virgin River certainly kept up the Netflix drama’s trend of delivering truly jaw-dropping moments and cliffhangers in its newest 12-episode run. And arguably one of the biggest came in the final moments of its finale as Charmaine (played by Lauren Hammersley) dropped the bombshell that Jack Sheridan (Martin Henderson) wasn’t actually the father of her unborn twins. The moment came when Jack and Mel (Alexandra Breckenridge) rushed to Charmaine’s home after she raised the emergency but who could be the dad?

To recap, Jack appeared to be the only man in the frame to father Charmaine’s twins, with her marrying Todd (Patrick Sabongui) after she fell pregnant.

But when Charmaine raised the alarm she was unwell and struggling to breathe at her and Todd’s home, Mel and Jack arrived to help.

“Ambulance is on its way,” Jack told his pregnant ex as she struggled to breathe while collapsed on the floor.

“I’m gonna lose my babies,” an inconsolable Charmaine said while Mel comforted: “No, you’re not gonna lose your babies.” 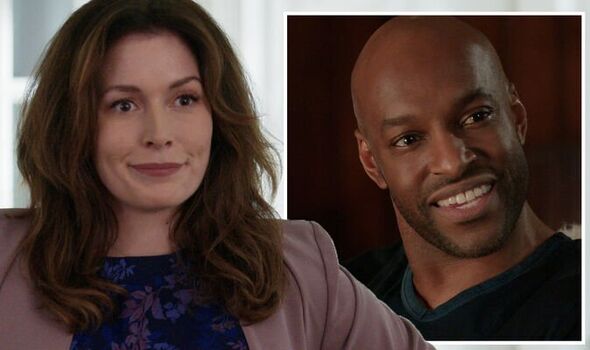 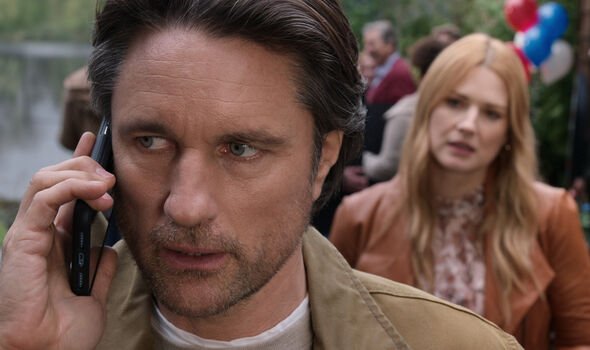 But Charmaine couldn’t contain her guilt any longer, telling Jack: “This is karma, I’m being punished.

“It’s because I lied,” Charmaine continued to a puzzled-looking Jack. “The twins… they’re not your babies.”

The season ended on Jack’s gobsmacked look and undoubtedly season five will have to address who the real dad is.

But has it already been revealed? There’s plenty of evidence from the latest season to suggest perhaps Mike (Marco Grazzini) could be the dad. 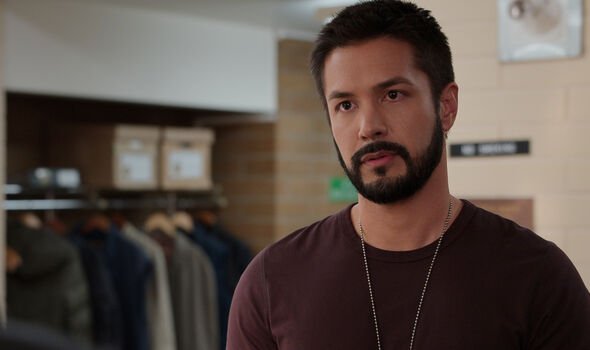 Fans had already picked up on the fact that back in season one, Mike seemed sheepish to hear Jack was expecting to be a father to Charmaine’s twins.

He even questioned that Jack and Charmaine were still sleeping together, which led many to think Mike knew more than he was letting on.

But in the season four finale, Mike dropped another key piece of evidence that he may know more about Charmaine’s pregnancy than he’s let on.

This is when he’s chatting to Preacher (Colin Lawrence) over the phone after the distressed chef called for Mike’s help after tracking down the vengeful Vince (Steve Bacic).

“Preacher, whatever you’re thinking, don’t.” Mike said. “I’m in Eureka, but I’ll get there.”

This may have seemed an innocuous throwaway comment but earlier in the season, Charmaine made the point she and Todd had a second home in Eureka.

Plus with Todd nowhere to be seen in season four, he could’ve been staying in Eureka while Charmaine dealt with the drama near Virgin River.

Could Mike have been in Eureka to speak with Todd about the situation with the twins?

Mike works as a detective local to Clear River and Virgin River, meaning it’s unlikely he was in Eureka on business.

Plus, Charmaine had already shown how tough she and Todd were going to be when it came to the guardianship of the twins, telling Jack that Todd wanted custody.

Could they have told Mike the same thing, leading him to Eureka to have it out with Todd?

Mike didn’t reveal why he was in Eureka, to begin with, so fans will have to wait until season five arrives to see for sure if it’s to do with the ongoing drama with Charmaine and Todd.

Virgin River seasons 1-4 are available to stream on Netflix now.