Watch These 11 Titles Before They Leave Netflix in April

This month, Netflix in the United States bids adieu (temporarily, one hopes) to some of its very best titles, including contemporary classics from Bong Joon Ho, Todd Haynes, Oliver Stone and Quentin Tarantino. But we also recommend catching a handful of lesser-seen titles before they’re gone, including a ’60s musical drama with an edge and an action extravaganza with a growing cult following. (Dates reflect the final day a title is available.) 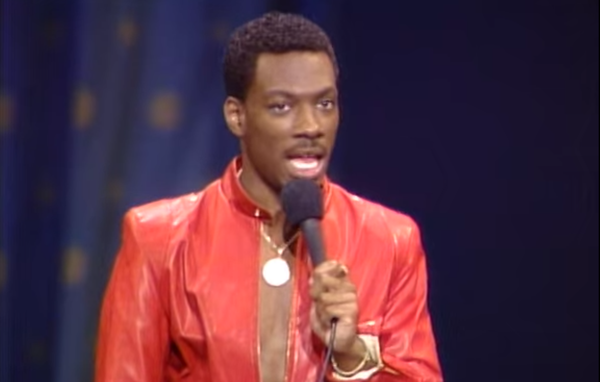 Murphy was a “Saturday Night Live” sensation, the star of two smash movies (“48 Hours” and “Trading Places”) and all of 22 years old when he shot this raunchy 70-minute stand-up special in 1983. His tender age is in many ways an asset — the show crackles with the electricity of a performer who was, in many ways, less like a comedian than a rock star — though his immature perspective on certain issues may make some sections hard for contemporary audiences to stomach. (Murphy has apologized for the special’s homophobic material.) But those bits are fleeting, and the classics (including his impressions of James Brown and Stevie Wonder, and his childhood memories of cookouts and “shoe-throwing mothers”) are as funny as ever.

When Todd Haynes was attached to direct this adaptation of Patricia Highsmith’s 1952 novel “The Price of Salt,” some wondered if the idiosyncratic filmmaker was starting to repeat himself: Hadn’t he already put his stamp on 1950s melodrama with “Far From Heaven”? But Haynes was up to something quite different here, jettisoning the Douglas Sirk homages and richly saturated cinematography for something closer to the beatnik spirit of its Greenwich Village setting. Cate Blanchett and Rooney Mara were both nominated for Academy Awards for their work as two women — one rich and in her 40s, one bohemian and in her 20s — whose mutual attraction underscores their inability to be who they’re “supposed” to be in their social circles.

The setup for this spinoff of the competitive baking series — which has proved to be quality comfort food during quarantine — is quite simple: The hosts, Mary Berry and Paul Hollywood, revisit some of the most technically challenging recipes of the series and walk you through their proper preparation themselves. The result is a fairly ingenious spin on the series; while the pressure-cooker competition element is lost, the format allows more time for Mary and Paul to show off their skills, and to playfully jab at each other.

Quentin Tarantino picked up an Academy Award for best original screenplay (his second, after “Pulp Fiction”) and directed Christoph Waltz to a trophy for best supporting actor (his second, after “Inglourious Basterds”) for this ultraviolent, wickedly entertaining pastiche of spaghetti western, Southern melodrama and broad, “Blazing Saddles”-style comedy. Jamie Foxx stars as the title character, a riff on the protagonists of countless Italian westerns of the 1960s, here reimagined as a freed slave looking to rescue his wife from a Mississippi plantation. Waltz is the bounty hunter who assists him on his quest, and Leonardo DiCaprio is the plantation owner who proves to be a tricky target.

Four young Aborigine women become an unlikely but effective R&B quartet in this musical drama from the director Wayne Blair, inspired by a true story. Chris O’Dowd (“Bridesmaids”) co-stars as an Irish music promoter who hears the group singing country songs at a talent competition and becomes convinced that they could make good money touring bases in Vietnam, belting Motown tunes. It sounds like a simple rags-to-riches jukebox musical, but “The Sapphires” has much to say beyond its lyrics, following thoughtful and often heart-rending threads on race, identity, colonialism and war. And beyond that, the songs are divine.

This harrowing documentary from the director Gabriela Cowperthwaite details the practices of the SeaWorld theme parks that keep killer whales in captivity, focusing in particular on the story of Tilikum, an orca who was involved in the deaths of three people while kept at SeaWorld Orlando. In often grisly detail, Cowperthwaite and her team examine attack footage and interview employees and witnesses, investigating the deaths with the precision of a true crime film, albeit one where the question is not who did it, but why.

The John Hughes-style high school learn-a-lesson comedy mostly faded away when Hughes stopped making them, but this 1998 teen treat from the writing and directing duo Harry Elfont and Deborah Kaplan recaptured some of that particular magic. As was often the case with Hughes’s films (particularly “The Breakfast Club”), “Can’t Hardly Wait” puts a group of specific types — the nerd, the babe, the cynic, the jock, etc. — into a real-time event and bounces them off one another to see what sparks fly. In this case, it’s a wild house party on graduation night. Lauren Ambrose, Seth Green, Ethan Embry and Jennifer Love Hewitt lead the ensemble cast.

At first glance, this testosterone fueled cops-and-robbers movie from Christian Gudegast looks like a second-rate “Heat” knockoff, from the inciting incident (an armored car job gone awry) to the interlocking narratives to the moody meditations on modern masculinity. To be clear, it is far from Michael Mann territory, intellectually or aesthetically. But Gudegast eventually finds a compelling groove of his own, jettisoning Mann’s existential angst for his own sweaty B-movie scuzziness, and he finds the ideal vessel for that posture in the form of his leading man, Gerald Butler, in top-shelf (and bottom of the barrel) form as a dangerously burned-out lawman.

Richard Matheson’s durable 1954 novel, previously brought to the screen as “The Last Man on Earth” and “The Omega Man,” gets another go-round in the hands of the director Francis Lawrence (who went on to make three of the four “Hunger Games” films). Will Smith stars as a scientist who seems to be the last man in Manhattan after a virus eliminates most of the human race but leaves behind terrifying mutant creatures that attack at night. The horror and post-apocalyptic sci-fi elements work as well as ever, but the real draw of “Legend” is the skill with which its technicians convincingly empty out New York City — and the eerie prescience of those prepandemic images.

By the mid-80s, Oliver Stone was one of the most in-demand screenwriters in Hollywood thanks to his Oscar-winning script for “Midnight Express” and his adaptation of “Scarface,” among others. But his directorial efforts were widely ignored — until 1986, which brought the one-two punch of the political thriller “Salvador” and this haunting reflection on the Vietnam War, inspired by Stone’s own experiences as an infantryman. The script feels personal and powerful in ways that transcend most war narratives, but his thrilling direction is what gives the movie its fire, landing character beats and battle sequences with equal intensity. “Platoon” won Academy Awards for best picture and best director, and Stone’s filmmaking future was finally sealed.