Home » TV and Movies » What Does It Mean to Be a ‘Black Filmmaker’ in 2022? The Answers Will Surprise You

What Does It Mean to Be a ‘Black Filmmaker’ in 2022? The Answers Will Surprise You

In recent years, there has been a campaign of sorts to stress the universality of so-called “Black stories.” One reason for that pitch is it’s meant to draw non-Black audiences and eschew the more-reductive “Black films” categorization (or, as USA Today put it in November 2013, “race-themed” films, a categorization that inspired a lot of criticism).

IndieWire spoke to multiple Black filmmakers, on and off the record, about the “Black film” terminology: Is it limiting? Does it pigeonhole creators? The responses were as varied as the people who answered the questions. Some embraced being identified as “Black artists,” defined by a shared experience that’s inextricable from who they are. Others found it limiting, preferring to foreground their creativity over race or ethnicity.

As conversations go, it’s a minefield. Many are unwilling to tread on that ground, but perhaps that’s exactly why it needs to be had.

Black filmmakers — or, filmmakers who happen to be Black — have been and remain restricted in terms of the kinds of films they are “allowed” to make, especially at the studio level. The USC Annenberg Inclusion Initiative’s annual Hollywood diversity report continues to show that Black directors are usually hired to direct films with Black leads, which suggest ranking of identity over creativity. Some Black filmmakers see this as a kind of creative marginalization, especially when white filmmaker contemporaries don’t face the same restrictions.

Filmmakers like Ava DuVernay have spoken out about how the press also reflects this shortsighted approach with endless questions about race. “I’m rarely asked about my craft as a filmmaker,” DuVernay tweeted in September 2019. “How the work is made.”

And repudiating recurring questions from journalists about “the white gaze,” and not his own, Barry Jenkins wrote in an introduction to his visual essay “The Gaze,” “Never, in all my years of working or questioning, had I been set upon about the Black gaze; or the gaze distilled.” 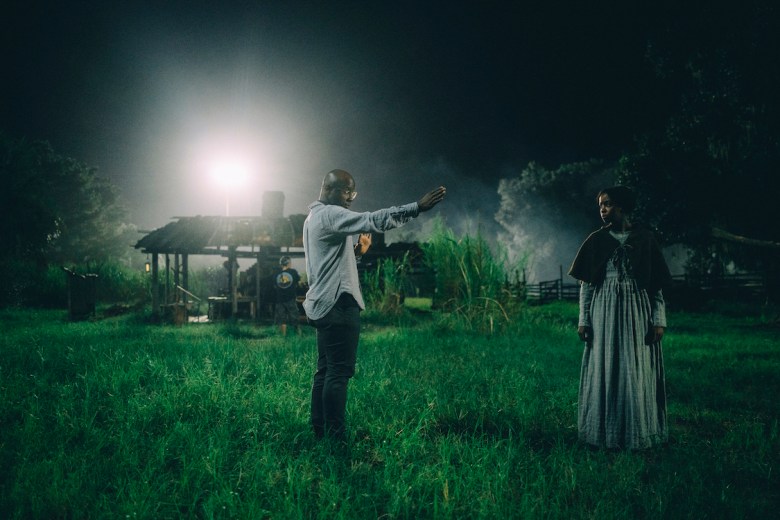 In the years I served as chief editor of Shadow and Act, I had many off-the-record conversations with producers and publicists who shared concerns of what could result from coverage on Black cinema websites. These projects might be considered “Black films,” their performers “Black actors,” their directors “Black filmmakers” — and, as a result, limiting their reach to almost entirely “Black audiences.”

Discussions about how to define terms like “Black film,” “Black filmmaker,” and “Black actor” will inevitably continue and these classifications just may become meaningless in the end. But should they? Race is a social construct. Beyond skin color, there are universalities that all of humanity can appreciate. But it’s undeniable that for most, Black American identity is rooted in traceable African ancestry and marked by the legacy of slavery (a defining shared history), regardless of how one chooses to identify themselves.

So, ultimately, what does it mean to be a “Black filmmaker” or a filmmaker who happens to be Black in 2022? How important is the distinction? IndieWire asked four of our favorite filmmakers to weigh in: Radha Blank (“The Forty-Year-Old Version”), Numa Perrier (“Jezebel”), Nikyatu Jusu (“Nanny”), and J.D. Dillard (“Sleight,” “Sweetheart”). Their answers may surprise you.

Some answers were edited and condensed for clarity.

Radha Blank: Are people STILL with that “transcend race” BS? That’s not for me. Especially when I think of all the contributions Black people made to this country and the world. I’m not someone who wants to simply tell stories. Or be seen as just a filmmaker. By whom? Nope. Blackness. It’s how I speak. How I enter a landscape — as a Black person connected to other Black people. I’m not interested in having universal appeal.

What did Mama Toni Morrison say? “If I tried to write a universal novel, it would be water.” She ALSO said, “Behind this question is the suggestion that to write for Black people is to somehow diminish the writing.” On the real? My writing WITHOUT my Blackness? THAT would be dull and diminished. No joke. No flavor. No bop. Nah. To me, the desire to appeal to something “universal” or void of my Black identity means to divorce myself from that which feeds, restores, loves, and defines me. Nope. Not interested. A still from “The Forty-Year-Old Version,” directed by and starring Radha Blank

I am a Black filmmaker. BLAAACK. I made a movie back in 2019 called “The Forty-Year-Old Version.” And I am still recovering. Why? Because being a BLACK Woman filmmaker in this time requires doing 10x more work. And my work speaks to Black people having a Black-ass experience in a racist-ass country. There are so many tones in the prism of Black life YET to be explored in cinema.

Maybe when more of us are telling that myriad of life, we can be JUST filmmakers, or when we don’t have to beg and work twice as hard for money for our movies then I can be just a filmmaker, or when our films can compete in the same arenas and on the same levels as my white male counterparts… then fine, I’ll be JUST a filmmaker. But until then, for me and for my experience — BLAAAACK.

Numa Perrier: “I cannot and do not separate the two — I am a Black Artist. And there are definitely white artists and they do what they do. I think it’s OK and accurate to say that. My work is personal — I make films that matter to me first and foremost and I trust that my work will be a worthy contribution. 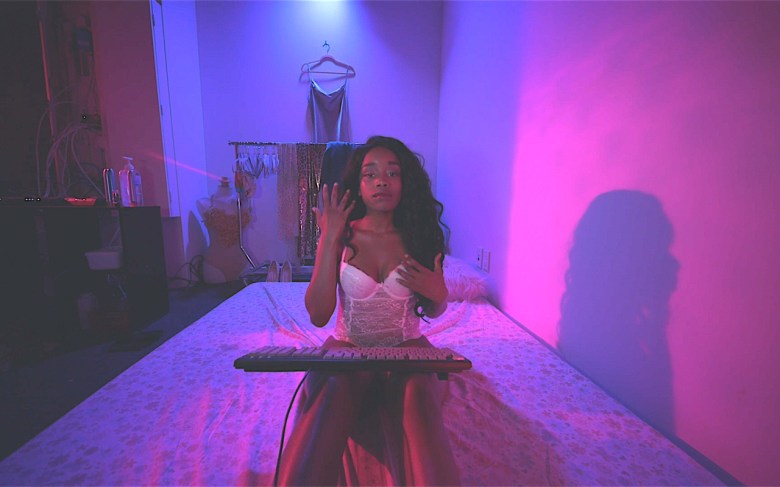 A still from “Jezebel,” directed by Numa Perrier

I’ve wrestled with the fatigue of how to express all of this at times — it adds labor to the huge task that already exists to get a film out into the world — into the culture, and that’s my primary focus is to do the work and keep the momentum.”

Nikyatu Jusu: “Among a plethora of intersectional, colliding, conflicting, colluding identities, I am indeed a proudly Black filmmaker who also just so happens to really love both myself and Black diasporic people in all our unfettered glory, trauma, resilience, dysfunction, beauty… the list is endless.

What does it mean to be a Black filmmaker maneuvering the capricious jaws of the film/TV industry in this (ongoing dystopia) of 2022? Daily I’m introduced with revelatory answers to this question, but in spite of my bone-marrow deep spiritual fatigue, I’ll try to give a glimpse of an answer based on MY experiences…

Being a Black filmmaker is akin to perpetually wading through a sea of euphemisms when the words folks are often grasping for, or rather running away from are “this does not center whiteness enough for us” or “this is too Black for us.” The variations of “NO” I’ve heard range from “this is too niche” to “we already have a project similar to that,” when in fact, reader, the similar project consists of ONE other Black filmmaker with a Black protagonist even remotely operating within a similar genre. 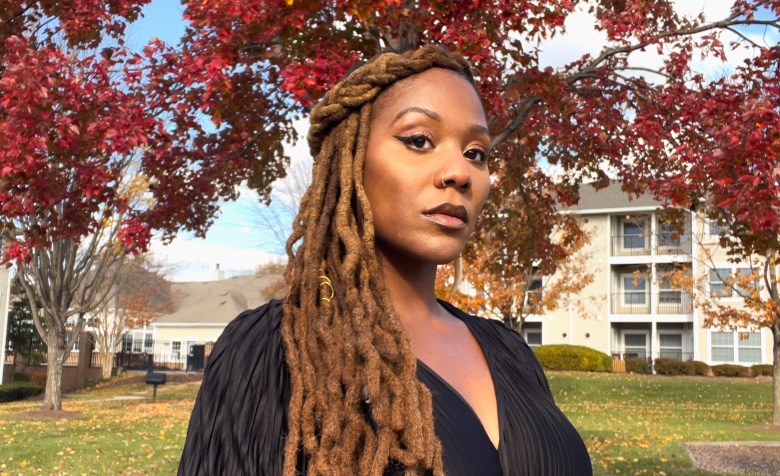 White filmmakers, particularly men, are rarely told anything along the lines of “oof, we already have one other white guy developing a project about a white guy doing white-guy things” because well, the majority of decision-making faces in the majority of rooms are white, and thus can see themselves in the work that resonates most with them — can see monetary value in one another’s ideas.

Thankfully the industry is changing before our eyes, but I continue to wade through dog whistles and tight smiles knowing that there has always been a price to pay as a Black filmmaker hell-bent on centering fully formed Black characters in genres such as horror, thriller, fantasy, etc. And that price is often adjusting to hearing “NO” while tapping into a deep ancestral well and persisting anyway. Being a Black filmmaker who loves her Blackness is refusing to be pitted against the handful of other Black filmmakers actively working — refusing to believe that resources are sparse — leaving crumbs for the few of us ushered into the pearly gates of the industry to fight over.

I could rant endlessly about the myriad ways I’ve been misunderstood, underestimated, overlooked. However, I choose to focus on the beauty of being a Black filmmaker who reveres the cinematic archive and remembers brilliant Black minds who paved the way in arguably more restrictive times. Bill Gunn, Safi Faye, Ousmane Sembene, Julie Dash… they’ve all navigated (are navigating) the same tight smiles and myopic imaginations that simply did not see financial nor emotional value in the Black gaze. These filmmakers before us embraced their allies and depicted the diversity of our stories, in spite of… 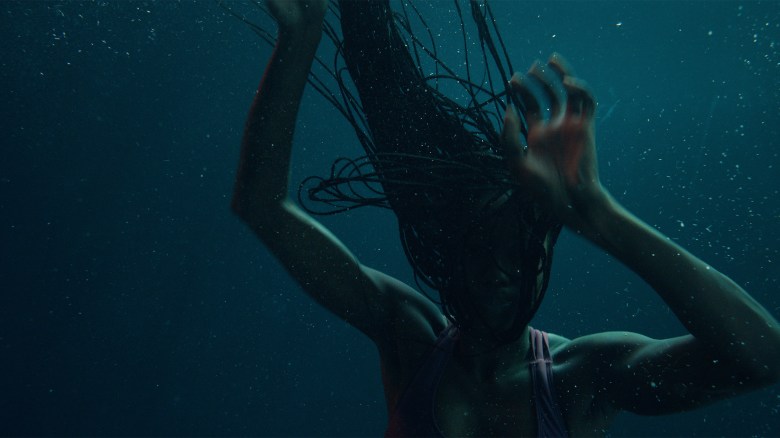 A still from “Nanny,” directed by Nikyatu Jusu

For us, the possibilities are endless because, despite the many Industry “NOs,” we can’t control the brimming vastness of our histories, our stories, our magic. I’m thankful to be a Black filmmaker empowered by those before me and alongside me today, excited by the myriad unfinanced stories we still have space and time to introduce to screens big and small. Our imaginations are endless.

J.D. Dillard: I fully define myself as a Black filmmaker and truth be told, I’m not even sure I know how to separate being Black from my personal approach to telling stories. So much of the joy I get from this job comes from exploring the breadth of Black wish fulfillment. That joy is agnostic to genre, tone, optimism, and ultimately even subject matter. This question is less about my own identity and more about the work I/we are offered, thought of for, and are expected to do. 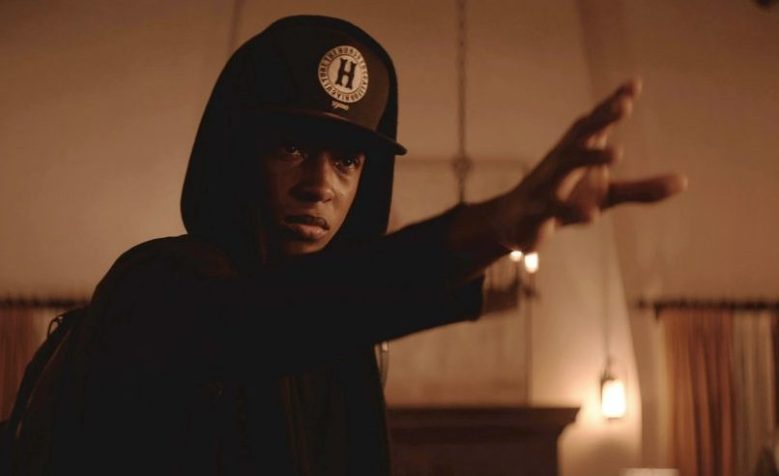 A still from “Sleight,” directed by J.D. Dillard

I think there’s an industry-wide misunderstanding that Black filmmakers exclusively want to tell stories that are narratively built around “being Black,” but putting us behind the camera and earnestly giving us a voice on any and all stories helps frame, explore, and celebrate our experience. Our point of view is valuable to the entire spectrum of this medium, not just what might reductively be considered “Black film” by archaic industry standards.

This conversation isn’t really about Black filmmakers making “this” or “that,” but understanding that we want to make all of it — that we excel at making all of it.