Javi Marroquin has ghosted social media once again. The Teen Mom 2 dad deleted both his Instagram and Twitter accounts following massive fallout from ex-wife, Kailyn Lowry’s confession on the show.

The Teen Mom 2 mom revealed that Javi had been texting her and hinting he wanted to sleep with her. This all came out on a recent episode of the show, which prompted Kailyn Lowry to issue a public apology to Javi’s finance, Lauren Comeau.

Where did Javi Marroquin go?

In the days leading up to his account deletions, Javi Marroquin talked about getting right with his faith. He also hinted at difficulty within his relationship with Lauren Comeau.

This isn’t the first time cheating allegations have surfaced about the Teen Mom 2 dad and his fiance. The two have been on and off for a couple of years, with him getting involved with Briana DeJesus, another Teen Mom 2 star in between.

Javi and Lauren share a son, which makes things even more complicated. Javi Marroquin has gone radio silent now, with all of his photos and videos from social media gone as well.

For as long as Teen Mom 2 has filmed with Javi Marroquin, he has been based in Delaware. Kailyn Lowry moved farther away from him and ex-boyfriend, Jo Rivera to be closer to her third baby daddy, Chris Lopez.

Lauren Comeau has been living with Javi as they raise their son together. Lincoln spends a lot of time with the couple and his little brother. The family would share photos of their adventure, and now, things have changed.

On Instagram, it appears that Lauren has wiped her account of Javi Marroquin. Photos of the couple are gone. She still has photos of Eli with Lincoln and herself with friends and family, but any indication of her relationship with Javi Marroquin. 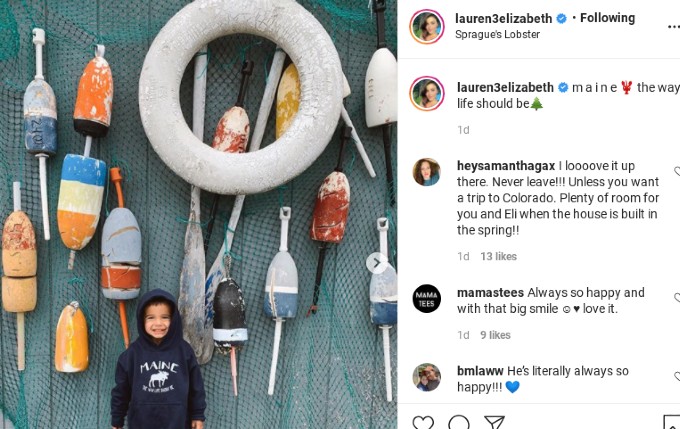 The most recent photos shared by Lauren Comeau reveal that she and Eli are in Maine. It is speculated that she left to be with her family following the news of Javi’s attempt to hook up with Kailyn Lowry. The two women have never been friendly, and this was a huge blow.

What will happen between Javi Marroquin and Lauren Comeau remains to be seen. With his social media gone, it is likely he is trying to rectify the damage he did and hoping for a reconciliation.