The voice cast of Disney‘s Frozen franchise continues to prove voice casting at Disney is still the best in the world. It seems the secret to that is to pick the most charismatic actors, record them physically in the studio, then incorporate those expressions into the animation.

If done for Frozen, it helped bring the characters more to life. At the same time, most fans of the movies can recognize those voices a mile away.

Only the most astute, though, may recognize the voice of Elsa: Idina Menzel. As much as her singing voice is iconic, her speaking voice is sometimes different when heard in interviews.

Of course, Menzel is not the only one who portrayed Elsa at two different ages.

Who did the voice of eight-year-old Elsa? 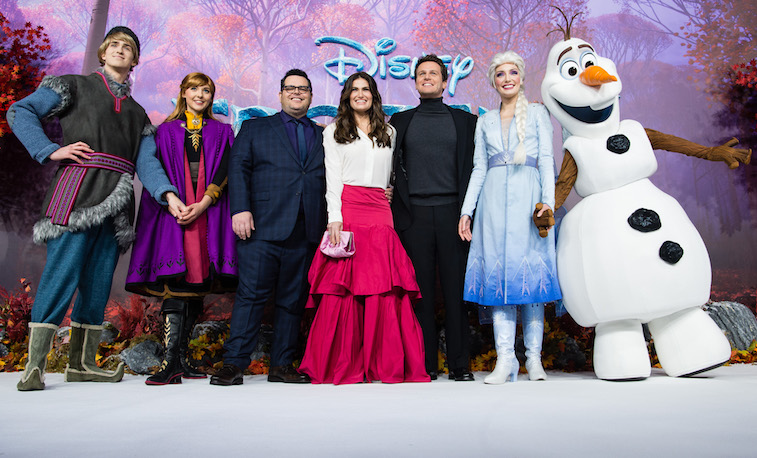 RELATED: ‘Frozen 2’: Idina Menzel May Hesitate to Sing ‘Into the Unknown’ Live

The only time audiences had a chance to see an eight-year-old Elsa for an extended amount of time was in 2013’s Frozen. Eva Bella is the voice talent behind this voice, known for voice acting and a few live-action projects over the last decade.

Before landing the Frozen gig at the age of only 11, she only had a few acting credits. She started out in a very family-friendly live-action TV show: NBC’s Parenthood. Her role as Sienna there lasted one season.

Afterward, she voiced various characters in Despicable Me 2, likely impressing the voice acting community, including at Disney. Thanks to having some outstanding vocal talents, she landed the part of the youngest version of Elsa, leading to a bevy of similar voice-acting roles in ensuing years.

Since then, she continued doing voice acting, including showing up again as young Elsa in the 2017 animated short Olaf’s Frozen Adventure.

Who did the voice of 12-year-old Elsa?

Disney played it safe in hiring a different voice to play Elsa four years older. She was voiced by a young actress named Spencer Lacey Ganus. Now 21, she was a young teen when portraying Elsa in her preteen years.

Despite being in family-friendly projects as an actress and voice actor in recent years, Ganus started doing voice acting on South Park episodes. These were her earliest credits, something a bit unusual for a kid to start off with in showbiz.

She voiced Ike Broflovski on this show for a couple of years between 2002 and 2004, more than a decade before Frozen came along. Perhaps realizing family-oriented films would provide a more lucrative career, she started doing voice work in other animated films.

Some of her credits before Frozen included Ice Age: Meltdown and Happy Feet. Plus, her voice may sound familiar to a few video game fans who played Spider-Man 3.

RELATED: What Idina Menzel Does When Even She Can’t Hit Those ‘Frozen 2’ High Notes

Everyone knows Menzel as one of the greatest voices in the field of Broadway and Pop. She can never go anywhere for the rest of her life without singing Let it Go from Frozen, if also adding Into the Unknown from Frozen 2 to her repertoire.

Interestingly enough, some people have made comment that her speaking voice is not always recognizable as the voice of adult Elsa. As one commenter said on the above YouTube interview: “I cannot hear Elsa in her voice. But you know Elsa, I know you’re in there.”

It only proves what a great voice actor Menzel is that nobody can tell from her natural speaking voice she played Elsa. Most importantly, Menzel managed to convince everyone she was Elsa’s age (21) when recording, despite being 20 years older.

She was actually in her 40s during the recording sessions. Age is never a factor when bringing the magic of a voice, something Disney will no doubt value if they ultimately make a Frozen 3 down the line.