Home » TV and Movies » Who was Viking on The Masked Singer?

Who was Viking on The Masked Singer?

Viking was the latest unlucky contestant to be voted off The Masked Singer on Saturday, January 30. Sadly the judges decided to send them home in the first double elimination of the series so far. Here’s everything you need about who was behind the mask and what you might know them from.

Who was Viking on The Masked Singer?

They were also joined by a special guest panellist Alan Carr who had plenty of theories as well.

Sadly, someone had to be sent home first and the unlucky contestant was Viking. 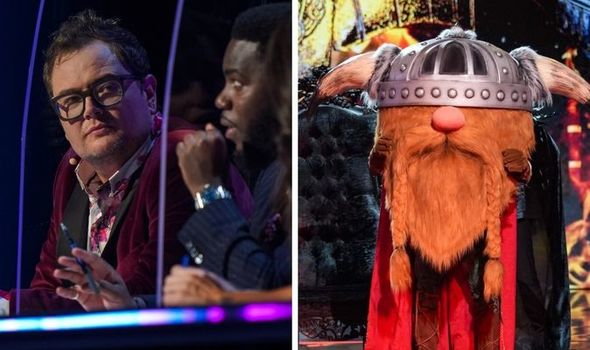 There were unmasked to be Morten Harket who is the lead singer of the band a-ha.

The band has released 10 studio albums so far and is well known for the song Take On Me.

The Norwegian star even sung his own song on the show but still fooled the judges.

Speaking about his time on the show, he said: “I did because I needed to be kicked out of my comfort zone.

“I have been! It is fun to start to become another character.

The judges had no idea who he was before he was unmasked.

Some of the guesses were Robert Rinder and Ricky Wilson from the Kaiser Chiefs.

Viewers were wowed by the performances of all of the contestants on Saturday night’s show.

Sausage had people confused with their performance of I Will Survive while Robin impressed with their rendition of Closer by Ne-Yo.

The double elimination means there are only five stars remaining in the singing competition.

This means the race to the final is heating up as viewers try and work out who is behind the costumes.

The finale date for season two has not yet been announced by ITV.

However, many are predicting this will land on Saturday, February 13 on the channel.

If it follows the same format as last year, there will be three remaining contestants in the final.

They will each be unmasked before the grand winner for 2021 is announced.

The show will return next Saturday as the five remaining contestants are whittled down to three.

The Masked Singer airs on Saturdays at 7pm on ITV.