Home » TV and Movies » Why Did Tom Hanks Shake in ‘Saving Private Ryan’?

Why Did Tom Hanks Shake in ‘Saving Private Ryan’?

Saving Private Ryan stars Tom Hanks as a U.S. Army captain tasked with retrieving a missing soldier. By all accounts, making the movie was an intense process for Hanks and company. Yet, fans continue to revisit it. And when they do, one lingering question remains with regards to Hanks’ Captain Miller. Why do the character’s hands shake throughout the movie? 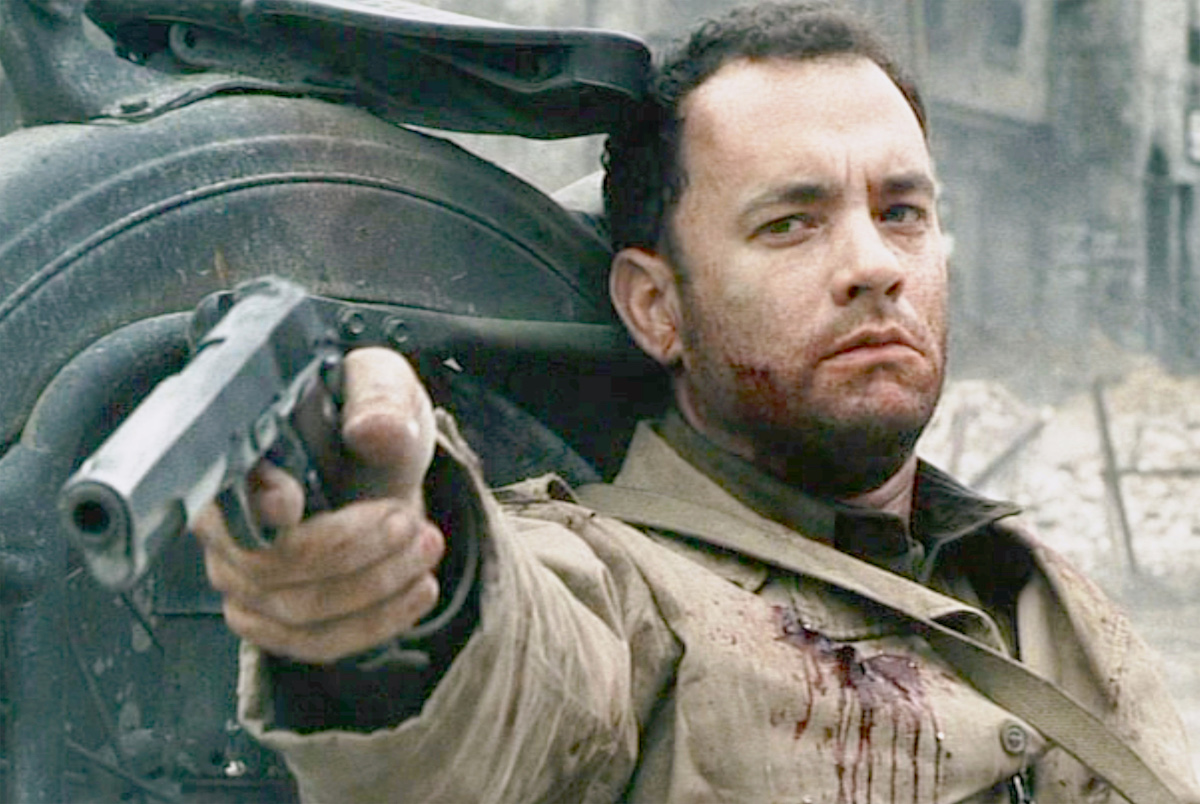 Released in the summer of 1998, Saving Private Ryan isn’t exactly what moviegoers’ might consider a popcorn flick. After all, it treats the tragedy and trauma of World War II with such reverence. But the combination of an A-list star such as Hanks with arguably the biggest director of his generation, Steven Spielberg, granted the movie undeniable event status.

The union of Hanks and Spielberg certainly helped the movie’s box office. Despite its R rating and intense subject matter, Saving Private Ryan earned $482 million worldwide, according to Box Office Mojo. The film’s success started one of the biggest star-director pairings of recent years. Hanks and Spielberg made four more movies, including Oscar winner Bridge of Spies.

Why does Tom Hanks’ Captain Miller shake throughout the film?

It wasn’t long for fans and critics to dub Saving Private Ryan one of the best war movies of all time. And that reputation has only increased over time. Still, some viewers are uncertain exactly why Captain Miller’s right hand involuntary shakes a few times during the movie. As it turns out, the film itself addresses it during a key conversation with Sergeant Horvath (Tom Sizemore).

During a quiet moment during their mission, Miller and Horvath reminisce about their experiences in the war and the men they’ve lost. But right at the top of the scene, Horvath asks Miller about his shaking hand, which Miller says “comes and goes.” And though the movie doesn’t outright underline the cause, the truth lies in Horvath’s response to Miller’s condition.

“You may have to get yourself a new line of work,” he tells Miller. “This one doesn’t seem to agree with you anymore.” The implication there is that the violence and death Miller has witnessed during the war has taken its toll. While the term wouldn’t be solidified until decades later, Miller is suffering from what would eventually be considered post-traumatic stress disorder.

The haunting moment between Miller and Horvath is one of several in Saving Private Ryan that stands out. What makes the film so distinctive and powerful is its focus not on the war but the people fighting it. Spielberg pinpoints the cost of World War II and the weight its real-life survivors carry.

Therefore, it’s easy to see why Saving Private Ryan resonated with audiences in 1998 and continues to do so. It’s also why so many have turned against Shakespeare in Love, which famously beat Spielberg’s movie to the Best Picture Academy Award that year. Regardless of how the two movies compare, Miller’s story is as potent now as it was when Hanks played him.