Why Faith Dingle's return is perfect timing for Emmerdale 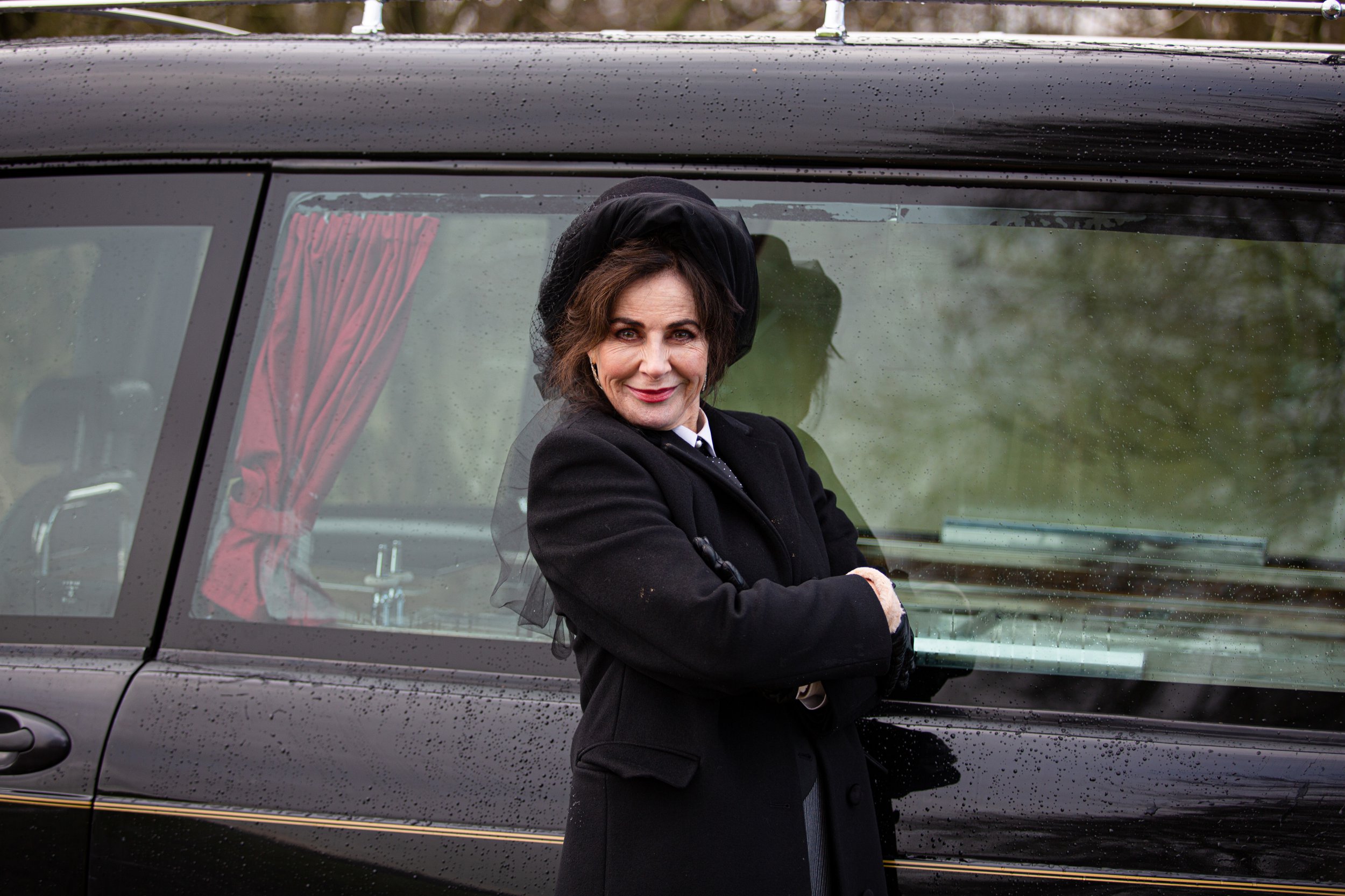 Faith Dingle (Sally Dexter) returns to Emmerdale in typically outrageous fashion this week, stealing a hearse while dressed as a mourner. Her homecoming couldn’t have been timed any better, with the soap in need of her unique brand of entertainment more than ever.

It’s fair to say Emmerdale has been lacking in lighter moments recently, with a focus on emotional drama. But the show’s flair for comedy must not be forgotten, and the news that actress Sally Dexter has reprised her popular role can only be a blessing. Faith’s enchanting energy will bring some cheer and liven up the gloomy Dales; even if she does have a bit of work to do before her family are on board.

Having been sent away in disgrace in 2019, Faith asks Moira (Natalie J Robb) whether Cain (Jeff Hordley) is likely to forgive her. But he is still furious that his mother kept quiet about Nate (Jurell Carter), the son he never knew existed.

Cain’s sister Chas (Lucy Pargeter) is happier to see her, and suggests her offences are settled in Dingle court. But whatever the family’s verdict, there are plenty of things that should be on Faith’s to-do list.

From getting to know grandchildren Eve and Nate, to unfinished business with ex-partner Eric Pollard (Chris Chittell) and mending her rift with Cain; Faith is about to be a very busy woman. But as well as addressing these obvious matters, her presence could benefit other members of the Dingle clan.

Aaron (Danny Miller) hasn’t been around much recently, and while he and his grandmother have had their difficult moments, they did form a genuine bond. Faith could be just the person to bring out his fun side again. Let’s see them team up to cause some mischief together.

Then there is downbeat Charity (Emma Atkins) who has been kicked out of the pub and disowned by most of the Dingles. Faith will know exactly how she’s feeling, and shares the other woman’s chaotic nature. If the soap makes use of these similarities she could be an ally, instilling some fight in Charity. She needs a more positive outlook after months of misery, and a double act with Faith would be a great way to achieve it.

Hopefully, Emmerdale will place Faith back behind the bar of the Woolpack. This will pair her with another beloved Dingle whose scenes often lift our spirits. Marlon’s (Mark Charnock) deadpan delivery has always worked brilliantly against Faith’s one-liners; and now he has bought into the pub, perhaps they will clash even more comically.

The thought of her pitching outlandish ideas, with poor Marlon trying to put his foot down and Chas rolling her eyes sounds like the dynamic we’ve been missing.

This setting would allow her to reconnect with the other residents, and encounter new ones. Imagine Faith taking down arrogant Jamie Tate (Alexander Lincoln) with a cutting remark, or seeing through troublemaker Mackenzie Boyd’s (Lawrence Robb) bravado.

We know Sally Dexter can deliver a sensitive storyline with equally captivating performances, as seen when Faith revealed her mastectomy scars and delved into her past as a mother and wife. The character is sure to be explored with as much depth in her second stint. But for now, we await Faith’s wild, meddlesome antics with knowing anticipation.

Sally recently declared her delight in playing her alter ego. ‘She cheers me up’ she explained, echoing our own thoughts. ‘I’ve missed the spark of someone who doesn’t give up.’ And if ever we needed a character with Faith’s attitude, it’s right now.

The perfect tonic in our daily dose of Emmerdale, now is the right time to welcome Faith back as she brightens up our screens with a new era of anarchy.