Why Invisible Narratives Sees 'Crimson' as 'The New Traditional' in Movies

“These kids from a viewership standpoint have numbers that in many ways make linear television certainly jealous,” Invisible Narratives co-head Andrew Sugerman says

The horror film “Crimson,” the first project for the new studio Invisible Narratives and the esports streamers FaZe Clan, represents one possible future for movies: a marriage of storytelling with authentic content from influencers like the FaZe Clan who have the attention and trust of young people online.

When Brian Awadis, better known as Twitch star FaZe Rug of the FaZe Clan, bought a house this summer, he also broadcast the process of shopping and moving to his 31 million followers across all his social channels. What his audience didn’t know at the time is that his house would also serve as the setting for “Crimson.”

But “Crimson” wasn’t just a stunt: FaZe Rug really did buy a new house, and his fans have been glued to his every move. But woven within that real-life domestic drama was the fictional story that became “Crimson.” Without knowing it, FaZe Rug’s audience had been tracking an “invisible narrative,” so to speak, and they didn’t realize there was marketing going on behind the scenes.

But “Crimson” represents the studio’s larger push toward movies that are made in cooperation with gamers, streamers, YouTubers, Instagram influencers and young people with enormous online followings. There’s never been a greater generational gap between the people producing content and those consuming it, Goodman and Sugerman told TheWrap. And with Hollywood’s distribution model in flux during the pandemic, they see a huge opportunity to make content with the people who are having no trouble holding the attention of a massive, loyal audience.

“Brands or stars that are relevant to teenagers and young people really aren’t on the radar of big studios and content decision makers at this point,” Goodman said. “These are people who have massive, massive, massive audiences, massive reach, and for whatever reason, they’re not really getting the attention from networks and studios that they deserve to.” 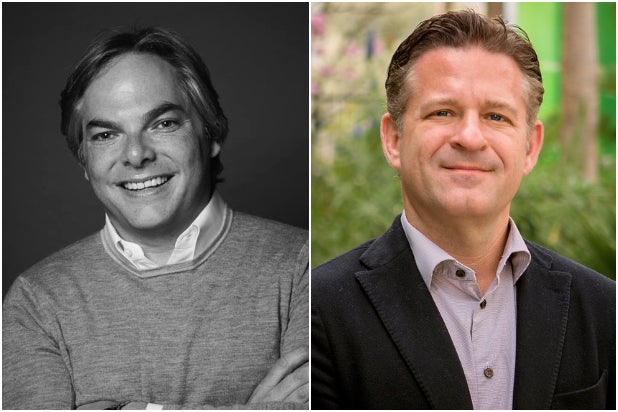 Sugerman added that working with FaZe Rug and FaZe Clan was a great opportunity to elevate storytelling to “a whole new level.” “These kids are storytellers in what they do everyday in creating content that engages millions of followers and fans on a regular basis,” he said. “These kids from a viewership standpoint have numbers that in many ways make linear television certainly jealous.”

Invisible Narratives has a slate of 18 movies planned over the next 36 months, with the stars and influencers of those films collectively holding a reach of 250 million subscribers across all their platforms. “Crimson” is the first of what will be a larger universe of interconnected movies with the gaming organization FaZe Clan. While “Songbird” will be released traditionally by STXfilms, Invisible Narratives will distribute “Crimson” via the online streaming portal Inviz.tv starting Thursday. And Invisible Narratives hopes to leverage the existing platforms of its other influencers on future releases.

This isn’t be the first time that a studio tried (and often failed) to duplicate the numbers a YouTube star puts up on their videos with more traditional movies or TV shows. (For every viral star like Lilly Singh or Issa Rae who’s managed to find mainstream success, there are misfires like Todrick Hall and Grace Helbig.)

Invisible Narratives seeks to naturally weave content into the stories that influencers are already telling. “What brands are focused on is the authentic connection between the brand, the brand’s product and the influencers. The minute that it feels like advertising or it feels like something that’s contrived to push a product is when the audience rejects it,” Sugerman told TheWrap. “So rather than create that type of situation, it’s really about leaning in and giving the audience more of what they want as opposed to the opposite. It’s not us making the movie and saying let’s market it through that channel. It’s us making a story that’s authentically woven through that channel.”

In the case of “Crimson,” a scripted horror movie directed by the editor of “Get Out” and “Paranormal Activity,” Gregory Plotkin, FaZe Rug plays himself in the film in which he realizes that his new neighbors are creepy, demonic clowns like Pennywise from “It.” But the audience isn’t asked to separate the movie from FaZe Rug’s actual persona, and the audience has already followed the outline of his house-buying saga through his channel before they knew it was meant to be a film.

“The audience already has a rooting interest in him,” Goodman said. “But the story was crafted out of a long, ongoing plan knowing that he was looking and buying and that the audience was going to be involved with the hunt for a new house, the discovery of a new house, the revealing of a new house. The narrative is born out of that. The Invisible Narrative technique is to start marketing in a way that audiences don’t even know they’re being marketed to, because all of the sudden it starts to become clear to them.”

Goodman and Sugerman see this model as “the new traditional,” combining digital stars with traditional creative talent and executives. And the pandemic will further force studios to find creators who can reach audiences through unusual places and can do so more cheaply, quickly and with smaller crews.

“Movies in general have gotten over-bloated and have gotten too clunky of giant machinery that needs to be planned out too long in advance and are too costly considering the distribution streams right now are completely upended, and potentially for an unknown period of time,” Goodman said. “The moment we’re in right now is a great opportunity for filmmakers to pivot and say, we can do more with less.”

Sugerman added that consumer behavior is shifting as a result of the coronavirus, and content creators have to be prepared to react.

“What has happened with the fallout from the pandemic is not temporary. It’s not, ‘This happened and we stopped and we’re going to go back to January 2019,’” Sugerman added. “Coming out of this is going to be an opportunity for producers, for filmmakers, for smaller studios that can be agile and move quickly, and I think it will be a challenge for the larger studios that are machines. They’re built to function in a specific way, and that way has now changed and changed permanently.”

“Crimson” is available for digital rental on Inviz.tv beginning on October 29.