SINCE the Academy Awards ceremonies began in 1929, 73 different people have hosted or co-hosted the Oscars.

2011, however, was a year for the prestigious award ceremony that had, and still has, everyone talking. 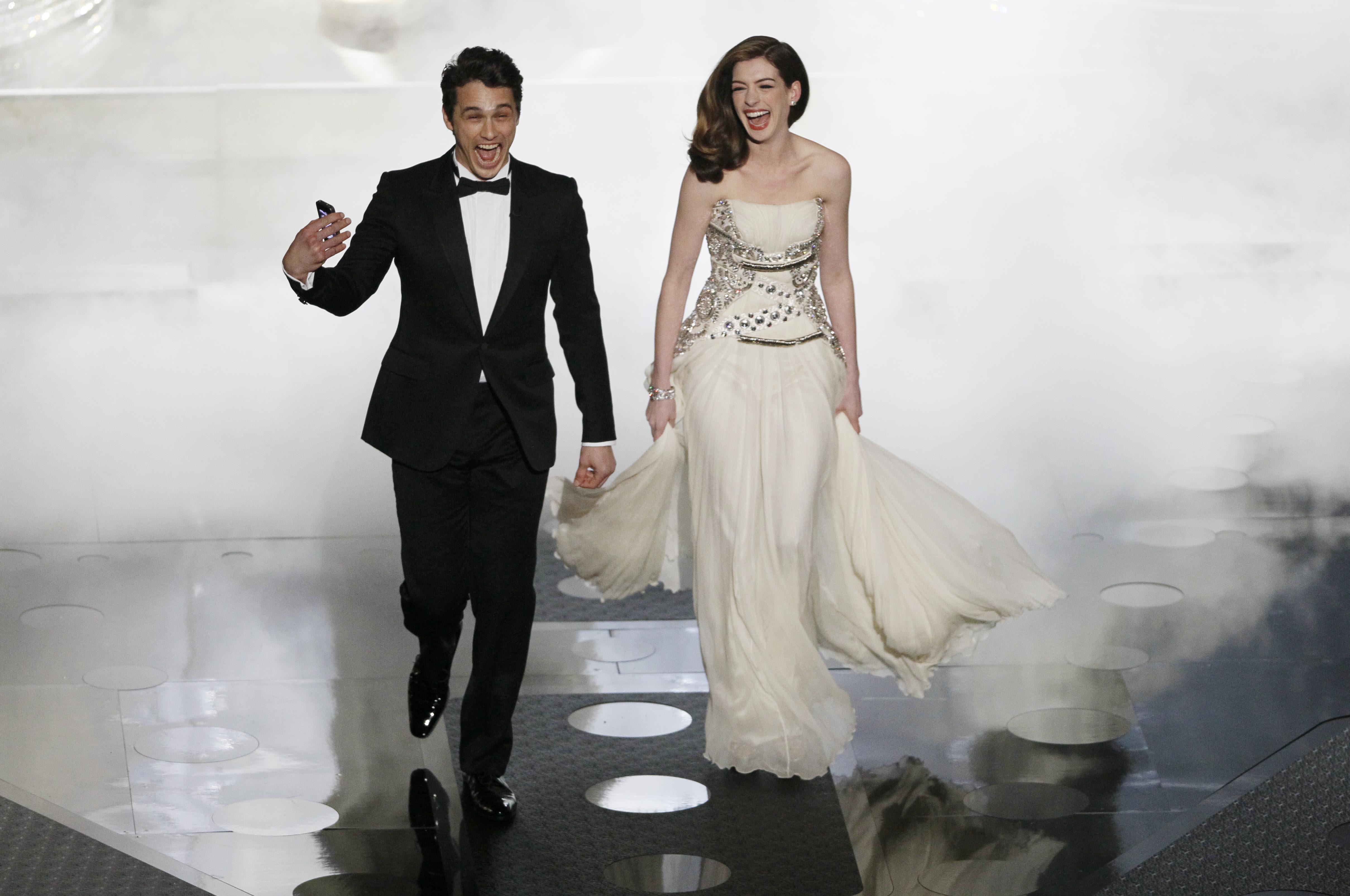 In a clip of the pair's opening monologue, the jokes fall flat and there is no comedic chemistry between the two. The pair's personalities resonate entirely differently, and audiences are barely responsive to their humor.

"We got a lot of s*** for it. I probably got more than she did, but she got a lot," James told New York Magazine in 2016 of the uncomfortable gig.

Franco and Hathaway had never hosted the Oscars or worked together before, but at the time, producers picked them to appeal to younger viewers. 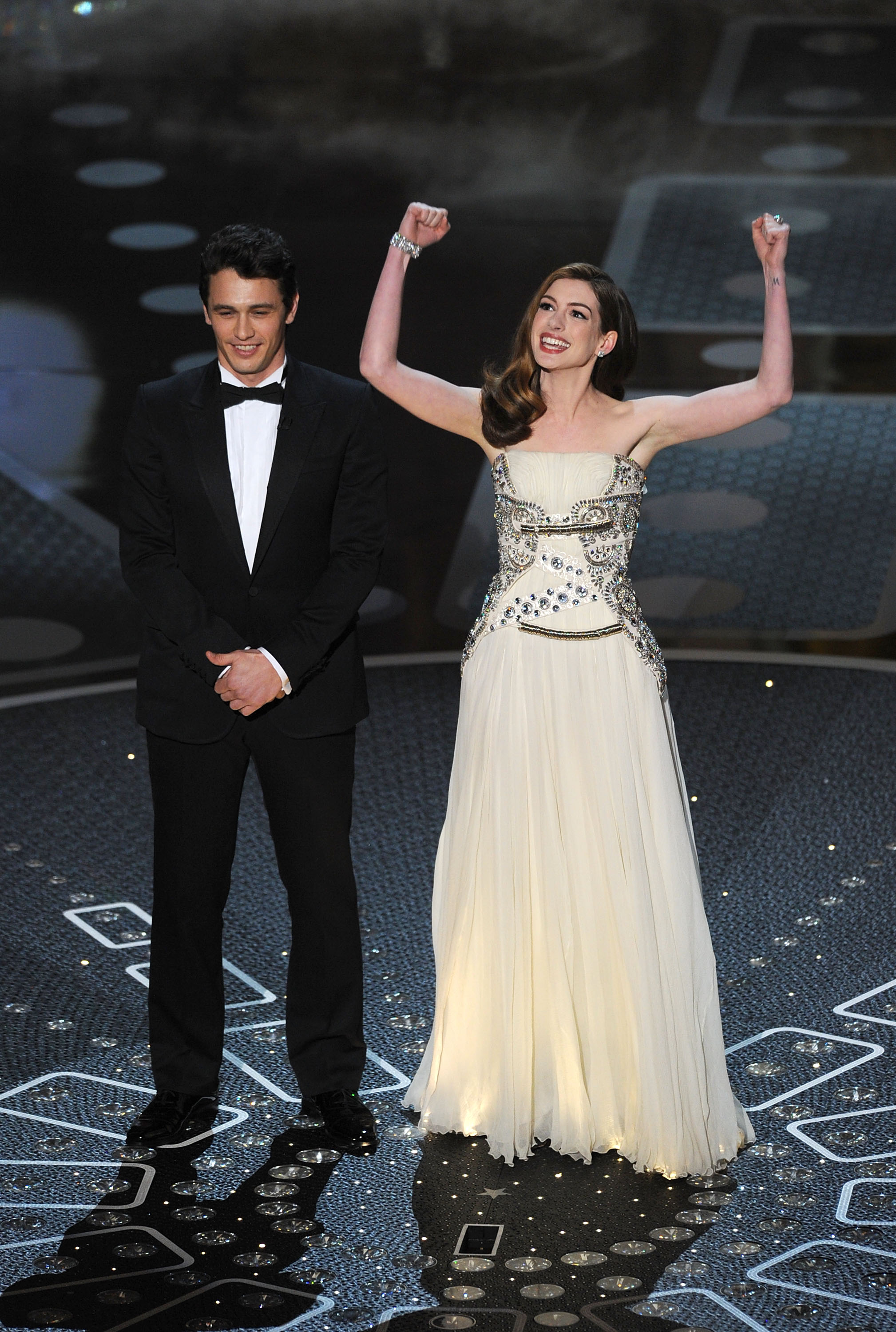 "I realized afterward, I played to the house; it's a 3,500-seat theater, so I was just shooting energy to the back of it and it was like a party!" she told The Hollywood Reporter in 2012.

"It was great! And I think it looked slightly manic and 'hyper-cheerleadery' onscreen. But I have no regrets about doing it."

What did the Oscar writers say about the gig?

"It was like the world's most uncomfortable blind date between the cool rocker stoner kid and the adorable theater camp cheerleader," David Wild, one of the writers that year, told the Ringer about Franco and Hathaway's monologue.

He went on to say that that night was "an incredibly dark significant comic event in my life."

"Anne made herself readily available," Jordan Rubin, another writer for the show, told the outlet about the actresses' months-long preperation. 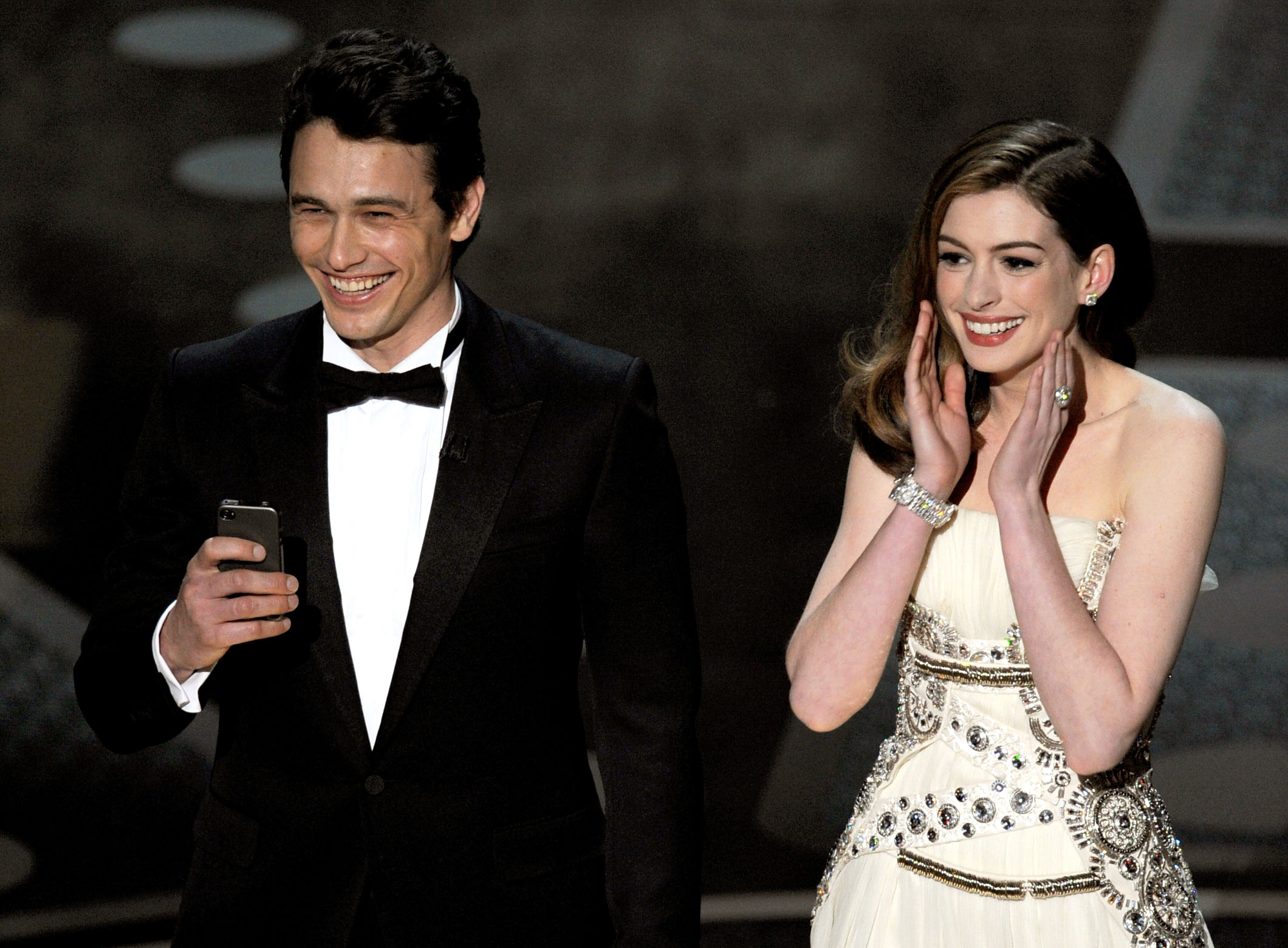 "I went to her house and worked on the script and she was on a bunch of conference calls and responding to emails and was a great collaborator."

While writers said Anne was ready, willing and involved, James Franco was busy filming 127 Hours that year, as well as teaching and taking classes at three different schools.

"He always seemed to be on a flight and it was very hard for me to get a hold of him," Rubin said. "That was a red flag."

Once the pair started working together, it became obvious that their personalities were entirely different. 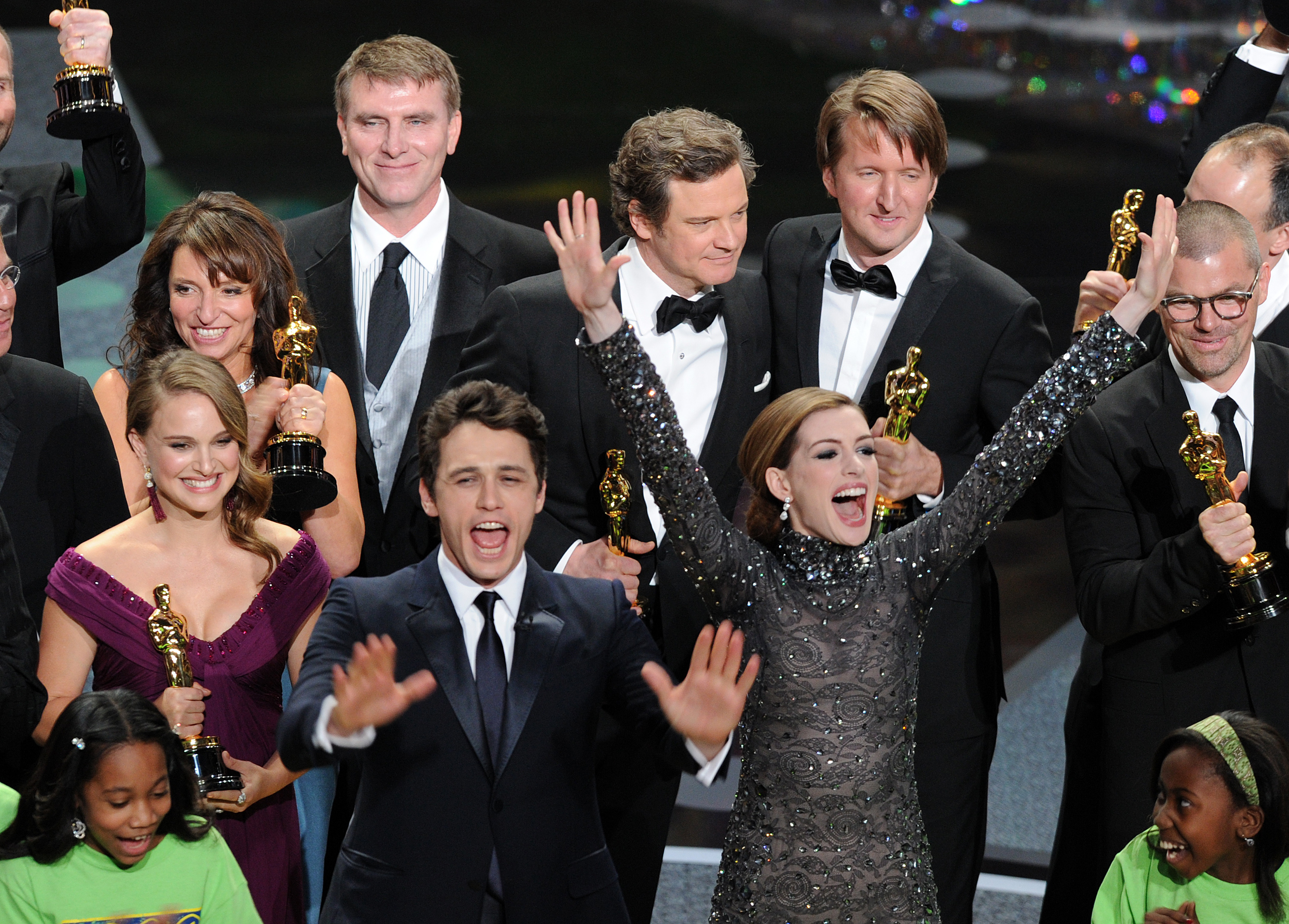 "She showed up ready to play and committed 110 percent," Rubin recalled.

"And he was a great guy but often looked like he had just woken up from a nap. It's almost like you're showing up to a tennis court and one person decided that they were going to play in the U.S. Open and the other wanted to play in jeans and just kind of hit a few balls."

The writers said Franco and Hathaway never bonded in the process.

What did people say on social media about their gig?

Ten years on, social media still slates the pair for their awkward delivery.

"When the unenthusiastic popular kid gets paired with the straight-A student for a presentation," one user wrote in a comment under a YouTube video of their opening monologue.

"This is one of those things that causes you to physically heave a massive sigh," another said.

"This is painfully bad to watch but everyone has to remember, the Oscars have a big team of writers who came up with all this garbage. There's a possibility James disliked the material so much he decided to deny the writers of any honor by not even attempting to play along, thus exposing how s***** the material really was," one purported.

"god poor anne, tryna carry the energy of two people bc he's giving her nothingggg to work off," another claimed.

"This had to be one of the most painful videos I have ever watched. That entire video was just plain awkward," a comment declared.