Why Some 'Riverdale' Fans Say Betty Was 'Legit Terrifying' This Season

Betty (Lili Reinhart) had a lot on her plate in Season 4 of Riverdale. But after being cleared for Jughead’s fake murder, she continues to give off a sinister vibe. Betty didn’t let her dark side loose this season, but some fans still found her terrifying. 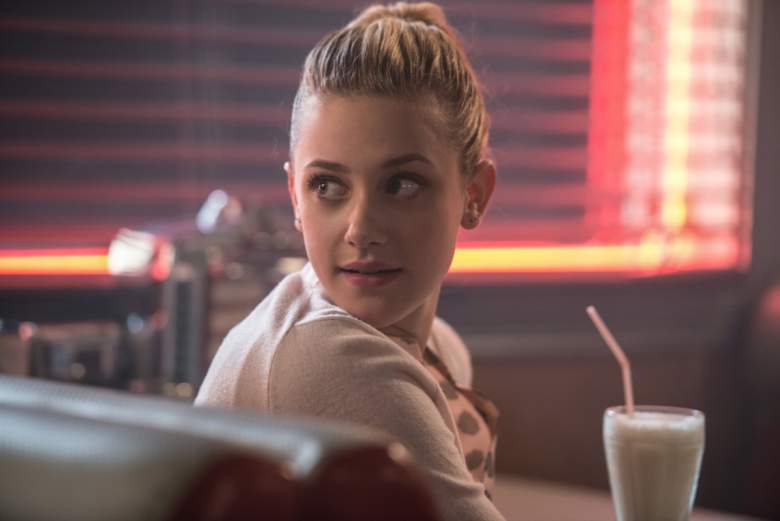 Betty’s been through a lot on ‘Riverdale’

Throughout the past four seasons of Riverdale, Betty has endured a fair share of drama. Her father, Hal Cooper (Lochlym Munro) turned out to be the Black Hood serial killer. Her mom and sister joined a sinister cult and tried to induct her.

Betty also found out that she and Jughead share a half-brother, Charles (Wyatt Nash). And she discovered that she’s related to the weird and murderous Blossom family.

In season 4, Betty seamlessly fakes her boyfriend Jughead’s (Cole Sprouse) death, just to uncover another deadly mystery. And toward the end of the season, she cheats on Jughead and betrays Veronica (Camila Mendes) by making out with Archie (KJ Apa).

With all that Betty’s been through on Riverdale, it may feel like she’s developed a more dangerous side. But as fans may remember, in the premiere episode of the series, she donned a black wig and revealed Dark Betty right off the bat.

From the way genetics work on Riverdale, Betty is presumed to have inherited some of her family’s serial killer instincts. She’s always the toughest person in a room. And while her friends get more emotional about the murder and mayhem around them, Betty usually handles these deadly situations in stride.

And in the season finale, another creepy moment hints that she has budding killer instincts. When the kids try to figure out how to stop Mr. Honey (Herr Smith) from ruining their senior year, Betty nonchalantly suggests they kill him.

Why ‘Riverdale’ fans are terrified of Betty

After seeing Betty suggest Mr. Honey be killed, some Riverdale fans think she’s becoming one of the show’s most ominous characters. One fan called Betty “legit terrifying,” even in the scenes depicting her reality.

“Idk man,” the fan shared on Reddit. “Out of the four of them, Betty scares me. Jug and Archie are tied second, and Veronica (surprisingly- considering her family) seems the least likely to go full dark. Betty shouldn’t be going to college, IMO. She needs to go to a mental health facility out of town. Far away from Riverdale.”

A few fans theorized that Betty’s darkness is a result of hypnosis. Some further suggested that under this spell, she might be working with her brother Charles to make the voyeur videos.

The nightmare from next door. Stream now, link in bio. #Riverdale

“We did see Charles hypnotize Betty in the guise of getting rid of Dark Betty,” a Reddit fan wrote. “She tried hypnotizing herself and then broke her mirror. That still hasn’t been explained. If it turns out that Charles is a bad guy, then it is very possible that this will come back into play. Especially if Charles is the one who’s behind the tapes, he might be getting the information from a hypnotized Betty.”

Some fans pointed out that Betty has always had a darkness within her. So they think this new, more sinister side of hers has just been lying dormant.

“Betty is scary as hell. A lot of people forget – she has always been. It’s not really new,” one Redditor expressed. “Betty is known for threatening people to kill them, but until now [sic] it only happened when she was in rage, angry or extremely pissed. — My guess is: the transition from Nice Betty to Dark Betty has almost completed. Betty is now on the dark side. She’s now only one last step away from becoming a killer.”

Betty is definitely displaying her darker side, but it’s still not clear why. There are plenty of  Reddit theories to mull over, but ultimately, fans won’t know the real reason until Season 5 drops later this year.