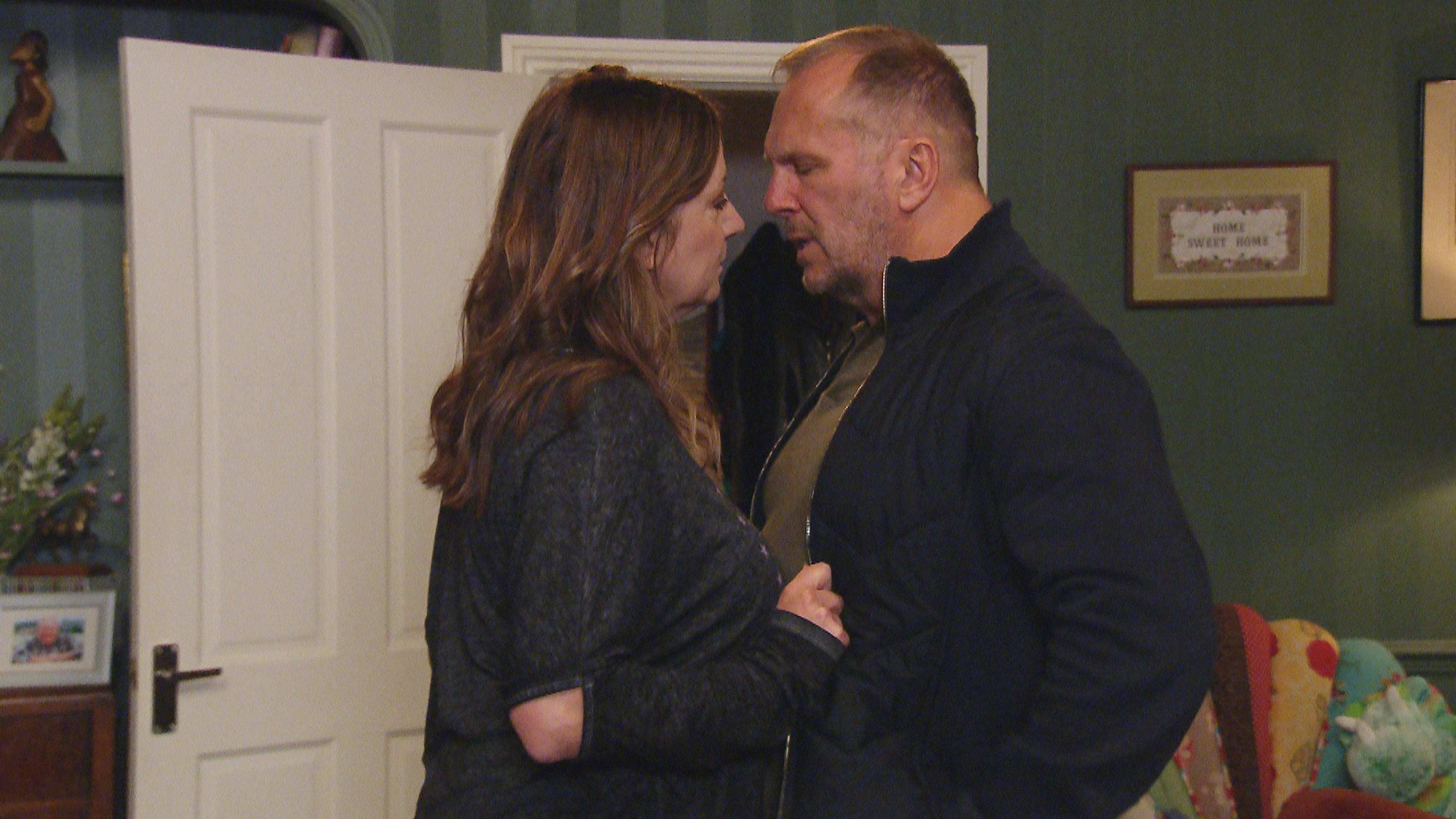 With the wedding of Kim Tate (Claire King) and Will Taylor (Dean Andrews) rapidly approaching on Emmerdale, it was time for the stag and hen do’s.

Kim was apprehensive about what Lydia (Karen Blick) might be planning after Lydia said she was determined that Kim would ‘rediscover her working class roots and have fun.’

It was beginning to sound like the gentle luncheon that Kim had in mind wasn’t going to happen when Lydia produced the pink T shirt saying ‘Ice Queen Will Melt.’ And the devil horns, bunny ears and ‘chocolate appendages.’

‘I may or may not have booked us a live music act and it may or may not be one of your favourites!’ Lydia informed the bride-to-be. ‘Vivaldi’s dead,’ said Kim, clinging to her highbrow credentials for as long as possible.

But once the party started and the Neil Diamond tribute act (Gary Ryan) arrived, Kim realised how much fun could be had on cheap prosecco and was completely in the swing of things, enthusiastically joining ‘Neil’ in his rendition of ‘Forever In Blue Jeans.’

The stag do was a more low-key affair by contrast, but everyone got spectacularly drunk and when Harriet (Katherine Dow Blyton) arrived outside the Woolpack in uniform she was in time to see a naked Billy Fletcher (Jay Kontzle) being wheeled across the road in a wheelbarrow,

She threw herself into the spirit of the occasion by pretending she was going to arrest Billy for ‘being naked in a stolen vehicle.’

Will was delighted. ‘I do love you, Harriet,’ he said, going over to give her a hug. ‘There has only ever been you for me,’ he told her. ‘This’ll never be over.’

Bob (Tony Audenshaw) led his friend away before he could say anything else, but it left Harriet wondering. They say there’s truth in drink – was Will serious about how he feels for her?

And if he was, will she let the wedding go ahead?