The Fresh Prince of Bel-Aircast is back together! In celebration of the show’s 30th anniversary, Will Smith and HBO Max shared the first look photos from their upcoming reunion.

In the pic of their taping on Thursday, Smith, Tatyana Ali, Karyn Parsons, Joseph Marcell, Daphne Maxwell Reid, DJ Jazzy Jeff and Alfonso Ribeiro are all smiling wide on set in the Banks’ home for the one-time special. James Avery, who played Will’s uncle, Philip Banks, died at the age of 68 in 2013.

Additionally, it was also revealed that Smith sat down with original Aunt Viv, Janet Hubert, for the first time in 27 years for an emotional reunion and a candid conversation. Hubert was on the sitcom for three seasons, before she was fired and replaced by Reid. Hubert had previously bashed the show, as well as Smith.

Today is exactly 30 YEARS since The @FreshPrince of Bel-Air debuted! So we’re doin’ something for y’all… a for real Banks Family Reunion is comin’ soon to @HBOmax! RIP James. #FreshPrince30th

Today is exactly 30 YEARS since The @FreshPrince of Bel-Air debuted! So we’re doin’ something for y’all… a for real Banks Family Reunion is comin’ soon to @HBOmax! RIP James. #FreshPrince30th 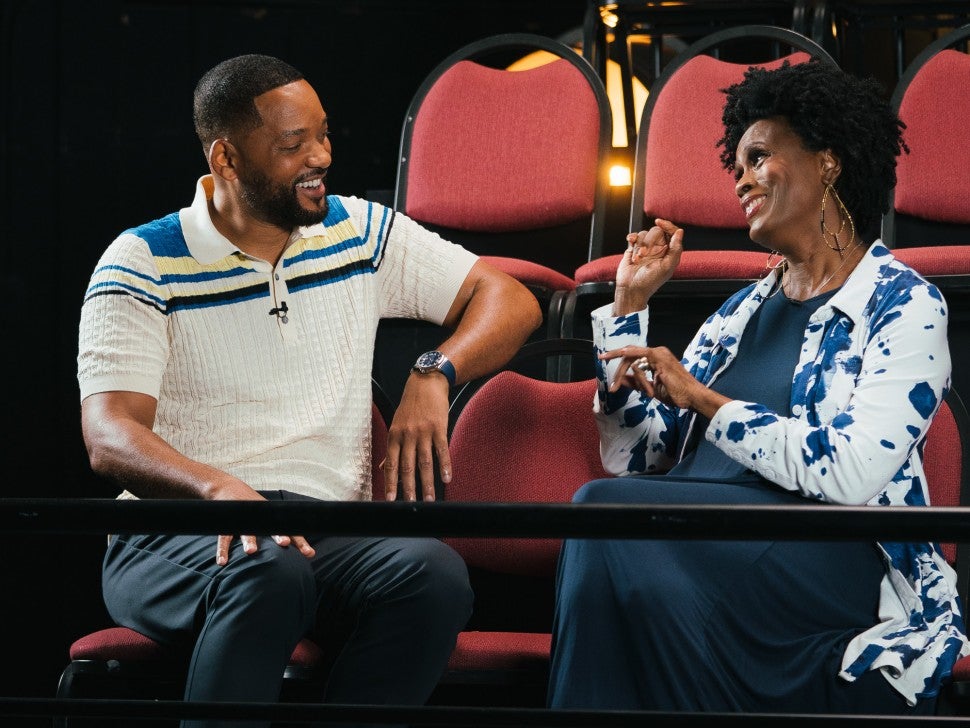 The reunion, which will air on HBO Max around Thanksgiving, will be a “funny and heartfelt night full of music, dancing, and more special surprise guests,” per a press release. It was also announced that all 148-episodes of Fresh Prince are available to stream on HBO Max.

This isn’t the first Fresh Prince reunion fans have seen this year. Smith hosted a virtual reunion in May, during which they paid tribute to late co-star Avery.

This week, Smith also announced that Peacock picked up the drama reboot of The Fresh Prince of Bel-Air for two seasons.

Set in modern-day, Bel-Air is a serialized one-hour dramatic adaptation of the ’90s sitcom starring Smith. The show will lean into the series’ original premise, following Will’s complicated journey from the streets of West Philadelphia to the gated mansions of Bel-Air, but in a more serious and gritty way.

See more on the Fresh Prince of Bel-Air reunion in the video above.