Home » TV and Movies » YouTube travel videos earned me $10,000 in a month. It's hard to figure out the most effective way to make money, so I'm breaking down what I've learned.

YouTube travel videos earned me $10,000 in a month. It's hard to figure out the most effective way to make money, so I'm breaking down what I've learned.

“YouTuber” might be a desired job title, but only a tiny percentage of them count the video platform as their main income. I’m a travel presenter — a reliably popular genre of video — and have 150,000 subscribers. But even I don’t rely on YouTube for my main income.

I set up my channel in January 2018 to make content to complement the TV shows I present.

Initially I didn’t intend it to be a moneymaker; I just wanted to make videos that took people behind the scenes of my backpacking trips.

I started with only a handful of videos about backpacking in Colombia and Ecuador that were hastily edited and set to loud, pumping tropical house music, which I quickly realized viewers found a little annoying. In the first few days of 2019 I decided that I would do an experiment and post one video a week on my channel for the entire year, to see how quickly I could grow it.

Throughout the year, I posted videos that, like my travel shows, saw me visit uncommon destinations such as El Salvador, Pakistan, and Honduras. I kept posting consistently and trying to engage with my followers by replying to comments and liking other videos. By December 2019, the channel had 100,000 subscribers with 70 videos published.

The most I made in a month was $10,000 in November 2019, through a mix of YouTube’s AdSense program, where the platform shares ad revenue with creators, and brand partnerships. (Insider verified Outhwaite’s earnings by viewing documentation she provided.) 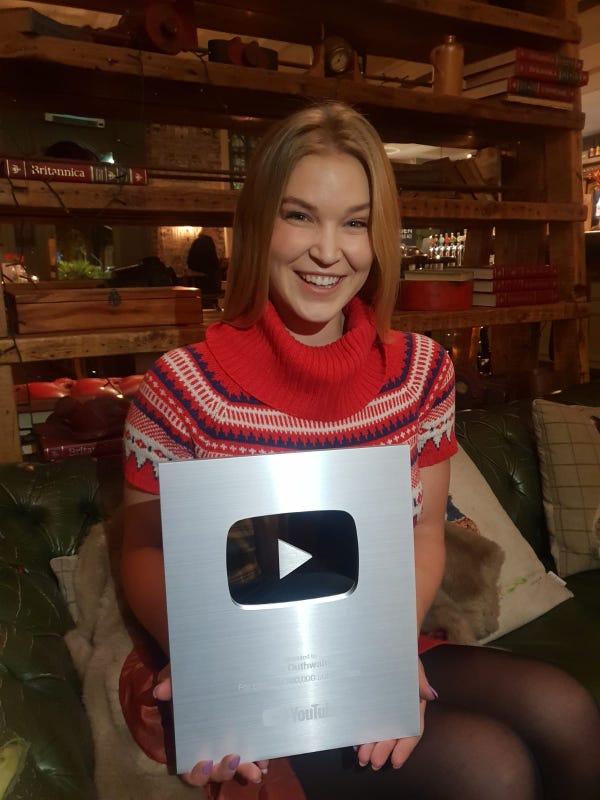 My income has varied along with my uploads — when I’ve been too busy filming my TV shows to focus on YouTube or, of course, when the pandemic severely curtailed travel.

I’ve loved making the videos and building a community. But there have been times when the money YouTube gives you is frustratingly low or doesn’t reflect how much effort goes into production.

I love being a creator, but, with so many people desperate to do it as well, I wanted to be candid about what earns money and what doesn’t, based on what I’ve done and what my fellow creators have done.

First up, in any market, particularly one as oversaturated as travel vlogging, it’s essential to find a niche to attract an audience and sponsors.

My first two videos of 2019 were filmed in El Salvador, when there had been relatively few travel vlogs. My video was the only one at the time that showed a foreign female visitor enthusiastically trying the street food in downtown San Salvador. 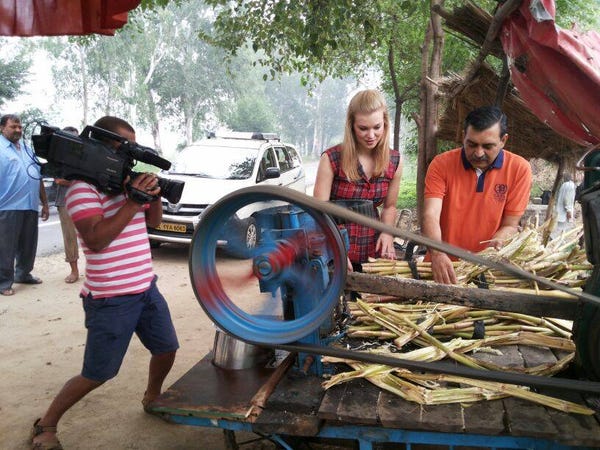 It made me around $1,161 per million views in ad revenue, which doesn’t feel like that much for a video that got 1.3 million views. The truth is that most of the money that YouTubers make often isn’t through ads but sponsored videos.

Some of my fellow creators have expressed disappointment at the amounts YouTube pays out for successful videos. Huub Vlogs — who started his channel to document his travels across Central Asia — found he greatly increased his earnings by changing tack and instead doing videos about building his own home.

He’s earning around $3,100 per million views because that content attracted higher bids for the advertising space. 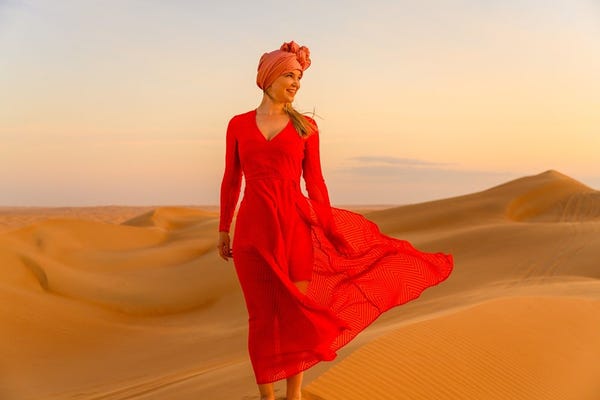 Nelson Mochilero, from the travel YouTube channel Mochileros, told me that some of his most-watched videos weren’t the ones he expected to go viral. A video in which he demonstrates how to fold pants for travel has had 909,000 views and has made him $593.

Yet this uncertainty around how much videos will generate means creators have to find other ways to make money.

Nelson, Huub, and I have all found partnerships and sponsored videos are the most effective way to make money. If your channel is niche, you don’t even require huge subscriber numbers to start reaching out to brands.

Many will jump at the chance to advertise directly to their specific market for a fraction of the cost of traditional advertising.

I reached out to one brand in February 2019, laying out what I could offer them, the style of video I could make and why my niche, audience, and awards meant they should work with me. We’ve since had an ongoing partnership, and I’ve acted as a spokesperson through sponsored videos and posts.

The brand has paid more than $8,149 toward two trips I’ve made, and they leave it to me to decide how many videos I make.

Sponsorship can be a more time-efficient way of making money as, even when you think you’ve found a formula for videos that attract ad revenue, it doesn’t always work.

My latest video about religious sites in Pakistan reached 52,000 views since I uploaded it in March and only made $54.

If I didn’t have another income, that would have been a problem.