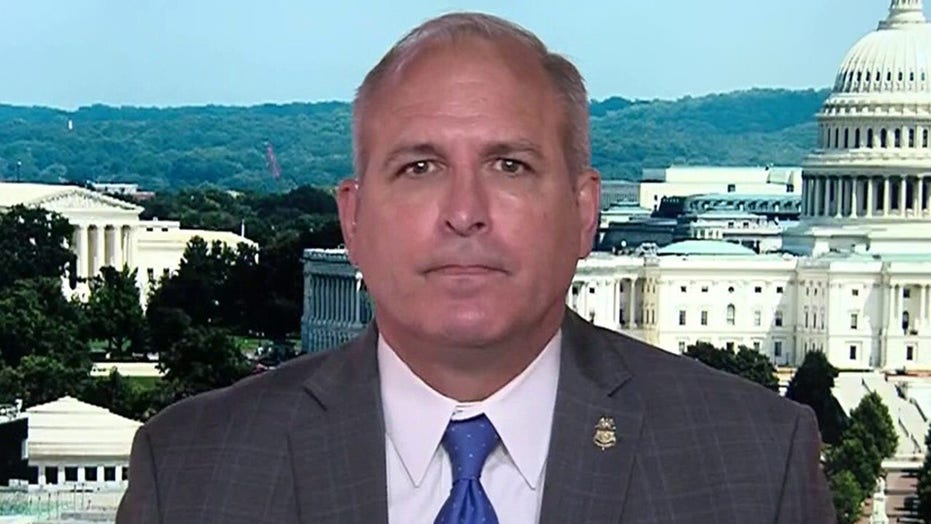 “We are putting politics above public safety,” acting Customs and Border Protection (CBP) commissioner Mark Morgan told “Fox & Friends” on Tuesday, reacting to violence captured on video in Portland over the weekend and the overall lack of coverage from the mainstream media.

Morgan made the comment reacting to the brutal assault captured on camera late Sunday just blocks from the federal courthouse in Portland where the driver of a pickup truck crashed, was reportedly pulled from the vehicle and then brutally beaten by a mob after a confrontation with protestors.

The man identified as the driver could be seen getting punched, kicked and ordered not to leave in the middle of a city street. The man in the video, at one point, appeared dazed after the initial assault, but suffered the worst blow when he absorbed a roundhouse kick to the side of the head.

“That is tough to watch,” Morgan said on Tuesday, pointing out that he has “been a career law enforcement officer for 30 years and … that is hard for me to see.”

Portland police told Fox News in an email that officers responded to a report of an injured person on Sunday night and that reports indicate that protesters "were chasing the truck before it crashed, and they assaulted the driver after the crash."

One of the videos posted to social media begins with the man on his knees in the city street surrounded by a group of people. The man tries to get up and someone yells, “You’re not leaving, bro,” and he gets pushed back to the ground.

At one point, the man on the ground says he was not trying to hurt anyone, and, while kneeling, absorbs several punches.

The crowd looks like it's about to disperse, but that's when another individual takes a running start and kicks the man in the head,  which could be heard slamming into the pavement, according to the video.

Host Steve Doocy noted that the video is “not getting a lot of mainstream media airplay, whereas if that had happened at say, a Trump rally, or one of those Trump flotillas, it would be the lead story on every channel for the next three weeks.”

He went on to say that the violent situation caught on camera should “absolutely” be “prosecuted as attempted murder.” 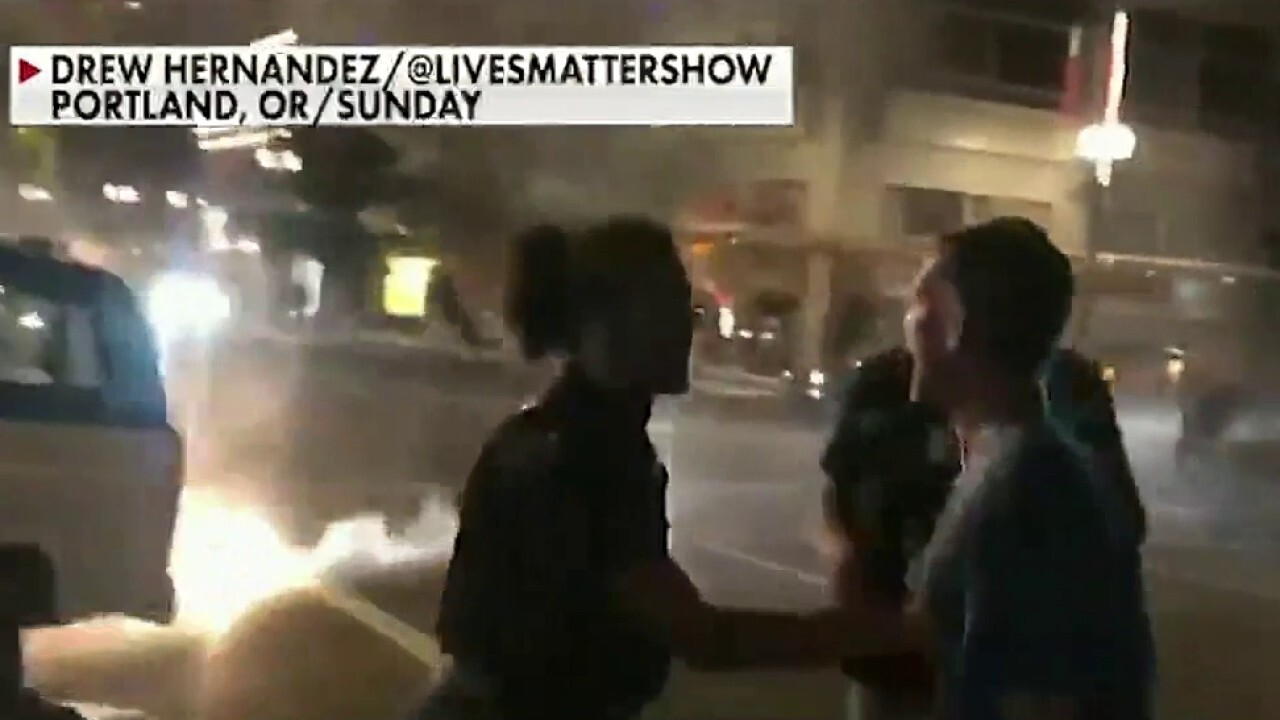 CITIES STRUGGLE TO PAY FOR DAMAGE FROM PROTESTS

Morgan pointed out that “the second layer of tragedy” is “that it's not getting more attention.”

“This is clearly what happens when we have individuals that defend, deny and at times actually encourage this type of violence, when we have policies and the lack of leadership that absolutely promotes lawlessness,” he continued. “American people need to be standing up and paying attention. We're at a crossroads in this country at this very moment.”

Host Ainsley Earhardt asked Morgan, “Why don't we hear more condemnation of this?” and “why isn't anyone arrested?”

“I can draw no other conclusion than right now, at no greater time, we are putting politics above public safety,” Morgan said in response. “That's why you're not seeing that more and that's outrageous.”

On Tuesday, Morgan stressed that CBP “will support any request to have additional resources go to defend the rule of law and protect the citizens where cities fail to do so.” 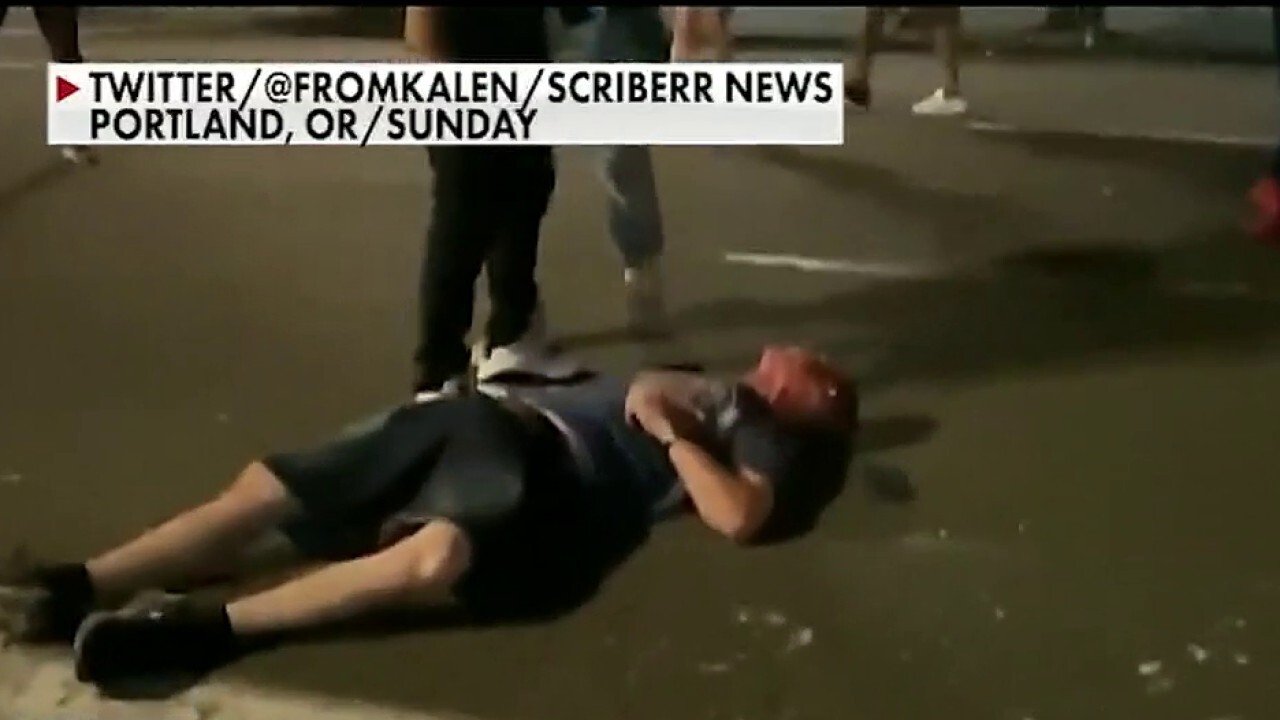 “As the acting CBP commissioner," Morgan said, "I will support that 100% every single time.”