Actor and producer Adam Sandler is the next comedian to be honored with the Mark Twain Prize for American Humor.

The John F. Kennedy Center for the Performing Arts announced Tuesday that the “Ungut Gems” star will receive the prestigious award at a gala on March 19.

“Adam Sandler has entertained audiences for over three decades with his films, music, and his tenure as a fan favorite cast member on ‘SNL,'” said Kennedy Center President Deborah F. Rutter in a statement. “Adam has created characters that have made us laugh, cry, and cry from laughing.”

The 56-year-old actor-comedian, who this year starred in the well-received Netflix basketball drama-comedy “Hustle,” has created a list of funny films, including “Happy Gilmore,” “Billy Madison,” “Grown Ups,” “Big Daddy,” “The Longest Yard” and “The Waterboy.”

“Hustle” put Sandler in the awards race this season – but he was left out of the Golden Globes nominations announced Monday. 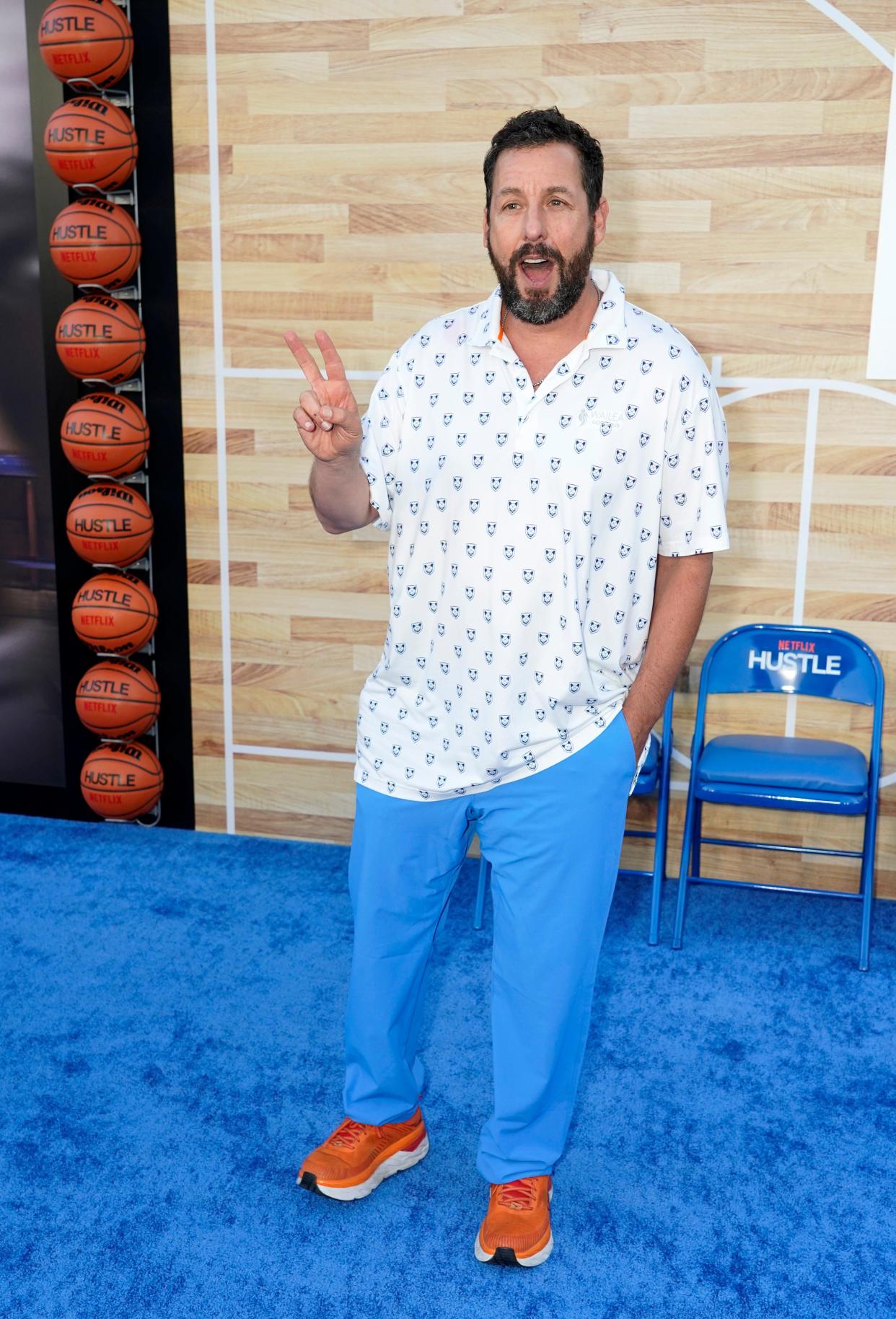 His role as Howard Ratner in “Uncut Gems” garnered Sandler several nominations and awards, including winning the National Board of Review and the Independent Spirit Award.

Putting on on a gravelly Southern accent, he claimed to read a letter from his daughters to the Gothams, thanking voters for “giving our daddy, Mr. Adam Sandler, this prestigious lifetime, all-time, prime-time achievement tribute award.”

“It means a lot to him, seeing as most of his awards are shaped like popcorn buckets or fake mini-Oscars that say ‘Father of the Year,’ which he sadly purchased himself,” he joked.

Then the actor took a playful jab at Ben Stiller, who was also in attendance.

Future of comedy: How these comedians are earning laughs on TikTok — and changing the industry 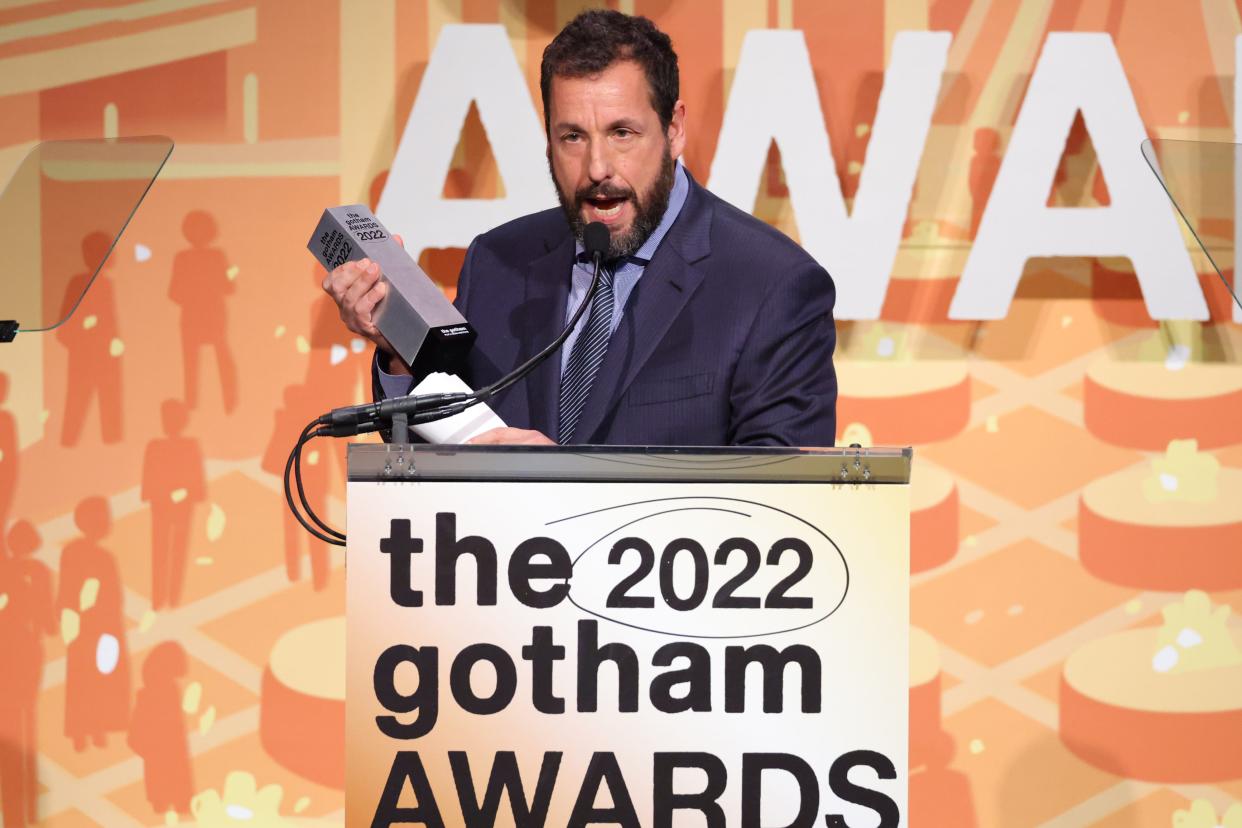 “While Daddy is with you tonight, we’re doing everything we’re not allowed to do when Daddy is home, like eat his Yodels, try on his Spanx or – dare we say – laugh out loud at Ben Stiller movies,” Sandler said. “The last time Daddy caught us chuckling away at the ‘Meet the Parents’ trilogy, he immediately stormed into the room he calls ‘The Screaming Room,’ which we just call the shower, and bellowed out the phrase, ‘Only the Sandman makes people laugh!'”

Over the years, the Mark Twain Prize for American Humor has gone to such luminaries as Richard Pryor, Carl Reiner, Whoopi Goldberg, Billy Crystal, George Carlin and Ellen DeGeneres.

Jon Stewart accepted the 2022 award among a star-studded crowd.

“There’s a lot of talk about what’s going to happen to comedy – you know, ‘the Slap’ – and will comedy survive in this new moment? Comedy survives in every moment,” Stewart said during his speech, referencing the Chris Rock/Will Smith brouhaha. He gestured at the bronze bust of Mark Twain set on a podium beside him. “This man’s decapitated visage is a reminder that what we have is fragile and precious.”

Where is comedy going? USA TODAY explores the future of making people laugh in new series