AN Amazon delivery driver has allegedly been caught on film swiping a new MacBook from a customer's doorstep.

A doorbell camera captured the woman laying the package outside a house – and then brazenly taking it away again. 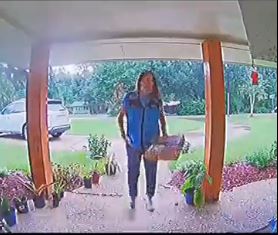 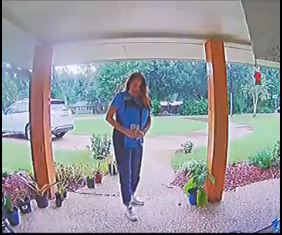 TikTok user Vitaly shared the footage, which is believed to have been filmed in the US.

It shows the courier approaching with the package and placing it on the doorstep.

She then steps back to take a picture as proof of delivery.

But immediately she stoops to pick up the parcel and carries it away.

The video has been viewed more than 1.2 million times on TikTok, and attracted thousands of comments.

Many viewers were outraged at the apparent theft, and others could not believe the courier did not see the camera. 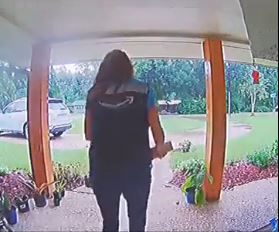 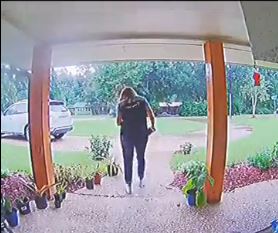 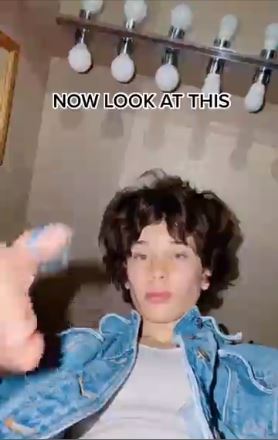 Another said: "She didn't even check for any cameras or if there was anyone around."

Another suggested it could have been an innocent mistake, asking: "Do you think maybe she realized the package was for the wrong house and took it to the right one?

"I mean you can't really tell what's in the box."

Vitaly, who has more than 236,000 TikTok followers, asked in the comments if he should sue.

On the same day, he announced that he was "going to court" over the alleged theft.

Some users doubted whether the video was even his.

"Something feels off about this…" oner viewer said.

"In one comment he says 'should I sue?' and in another 'going to court next month' in the same day…"

Amazon said it is investigating the video.

In December, another Amazon driver was busted for allegedly stealing packages days before Christmas in Missouri.

And a customer gave doorstep thieves a nasty surprise by leaving an Amazon box full of poo outside her home in Canada.

In 2019, video showed a brazen thief stealing a van full of Amazon packages worth thousands while the driver was delivering to a home in Merseyside, England.