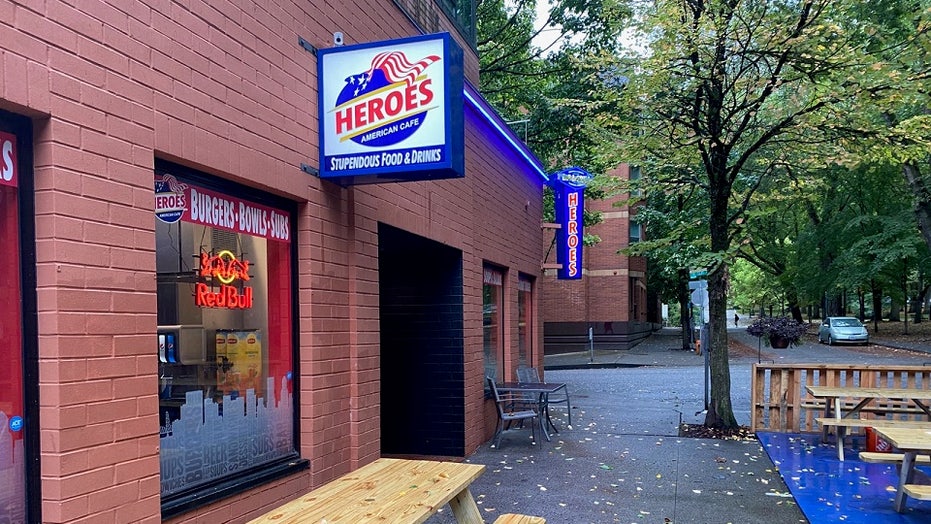 A cafe owned by a military veteran was shot at during a chaotic demonstration in Portland over the weekend after being deemed by rioters as unfriendly to the Black Lives Matter movement.

Two windows in the cafe's downtown location were shot at and another was struck with a blunt object — possibly a baseball bat – said Jackson, a Black man who served in the Amry and Marines Corps.

"I think it's more psychological," he said. "When I first came here [Portland] about 10 years ago, it was one of the most accepting cities that I knew of." 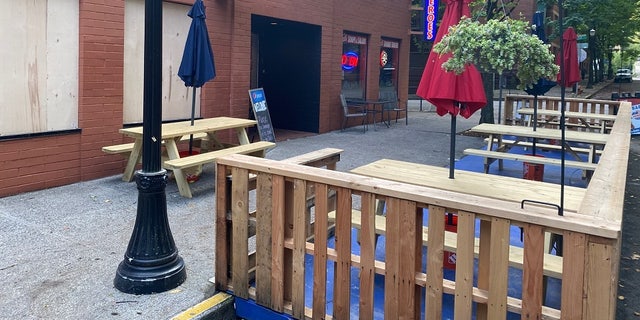 Two windows at Heroes American Cafe in Portland were boarded up Monday after rioters targeted the business over the weekend.
(John Jackson)

A tweet posted Thursday by @DublinPDX said the cafe gives its profits "to their heroes… cops" and railed against businesses that support law enforcement.

"We're trying to compile a list of all non-friendly businesses in PDX," read a screenshot of another tweet. "AKA any company that's hanging blue lives garbage in their store or anything else that's anti the BLM movement. Drop them below."

"We're for all heroes and we don't support zeroes," Jackson said. "So if you're a bad cop, we don't really have time for you. If you're walking your beat and you're taking care of your people or you're saving lives, we love you."

Demonstrators gathered in Portland on Sunday for a "Day of Rage" rally that saw rioters engaging in vandalism and the toppling of two statues of Abraham Lincoln and Theodore Roosevelt. 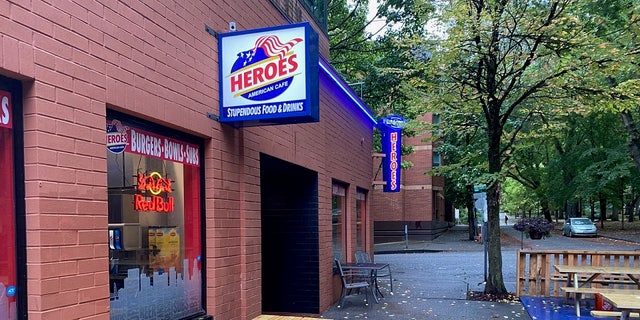 A Portland café owned by a military veteran was targeted over the weekend by demonstrators.
(John Jackson)

Despite the damage, the cafe's downtown location was open Monday. No arrests have been made in the vandalism.

Portland has endured more than 100 consecutive nights of violent protests and riots that began with the police-involved death of George Floyd in Minneapolis.

Jackson said he voted for President Trump in 2016 with some reservations, but made up his mind after his cafe was damaged.

"This solidified my Trump vote," he said. "I'm done with this weakness and we need some real strong leadership."