Victorian prosecutors have lost their bid to have the man who murdered international student Aiia Maasarwe kept in prison for the rest of his life.

Codey Herrmann was jailed for 36 years, to serve 30 years before he is eligible for parole, for murdering Ms Maasarwe in the minutes after she got off a tram in Bundoora on January 16, 2019. Ms Maasarwe, a student from Israel, was returning home to her accommodation at La Trobe University from a night out in central Melbourne when she was attacked. 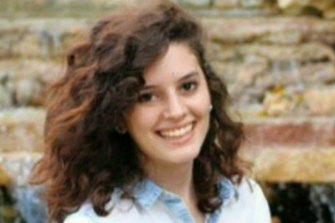 Aiia Maarsarwe was murdered when returning home after a night out in Melbourne.Credit:ninevms

Prosecutors this year argued the sentence imposed by Supreme Court judge Justice Elizabeth Hollingworth was manifestly inadequate and wanted Herrmann, 22, to be jailed for life, to protect the community and because, they argued, his rehabilitative prospects were too slim.

But the Court of Appeal on Friday dismissed the prosecutors’ challenge and did not extend Herrmann’s sentence. The appeals court had five judges consider the case instead of the usual three given the significance of the legal challenge.

The Court of Appeal found Herrmann’s crimes were “deeply shocking both in their sheer brutality and for their randomness”, and “seemingly inexplicable” as they were committed by a young man without a history of violence or a criminal past.

But the appeals judges found Justice Hollingworth was justified in setting the sentence she did, as she took into account Herrmann’s disadvantaged background and found his future prospects were “fair” provided he received proper treatment, support and supervision. 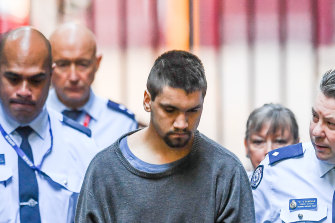 Codey Herrmann outside the Supreme Court in 2019.Credit:Justin McManus

The appeals court said the jail term imposed was reasonably open to the sentencing judge.

“On any view, the sentence represents severe punishment,” the appeals judges wrote in their ruling.

“Relevantly for present purposes, the sentence can be seen to reflect the giving of appropriate weight to both the horrific nature of the offending and the significant matters in mitigation which Her Honour was bound to take into account.”

Victorian Director of Public Prosecutions Kerri Judd, QC, told the Court of Appeal in March that Justice Hollingworth failed to give sufficient weight to community protection and was too favourable when considering mitigating factors, such as Herrmann’s troubled background.

Herrmann, an Indigenous man, experienced a chaotic childhood of poverty, neglect and dysfunction in a family home where drug and alcohol abuse and violence was rife. He was abandoned by his mother and in care in the first 18 months of his life.

In sentencing, Justice Hollingworth found the killer’s personality disorder, which stemmed from his disadvantaged childhood, reduced his moral culpability. Herrmann was also diagnosed with a substance abuse disorder.

He pleaded guilty to murder.

Herrmann’s lawyer, Tim Marsh, told the appeal hearing the sentence was stern but not inadequate and argued three decades represented an enormous period in the life of a man in his early 20s.

The earliest Herrmann can be released is 2049.