The Archbishop of Canterbury has waded into a Twitter row to defend Labour MP Rosie Duffield after she was accused of transphobia.

The Rev Justin Welby branded Duffield, 49, as a ‘brilliant constituency MP’ and suggested she was simply misunderstood.

It comes after the Canterbury MP liked a Tweet that criticised CNN for sharing new American Cancer Society guidelines on August 1.

The media outlet captioned the post: ‘Individuals with a cervix are now recommended to start cervical cancers screening at 25 and continue through age 65, with HPV testing every five years.’ 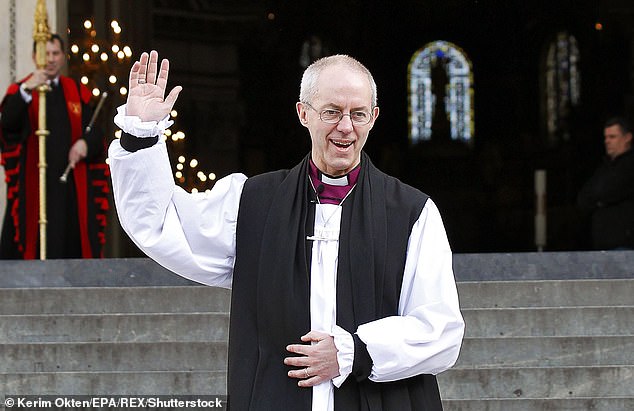 And Duffield’s decision to like Piers Morgan’s reply – ‘do you mean women?’ – drew criticism online.

Ms Duffield then responded: ‘I’m a ‘transphobe’ for knowing that only women have a cervix…?!’

She went on to tell other users: ‘The implication that one cannot describe oneself as a woman without inviting a pile-on is beyond ridiculous now.

‘Almost 52% of the UK population are women.’

In a bold message of solidarity, Rev Welby told his 152,000 Twitter followers on Tuesday: ‘I know Rosie Duffield who is a brilliant constituency MP for Canterbury as well as brave, honest, kind and passionate for justice.

‘She does not seek to demean others.

‘To troll her is simply cruel and wrong.’

London Young Labour’s LGBT officer Caoimhe Hale revealed that she had filed a complaint, while the Labour Campaign for Trans Rights said they were ‘shocked and saddened at the inaccurate, transphobic comments.’

They are now calling on the party to ‘take action.’ 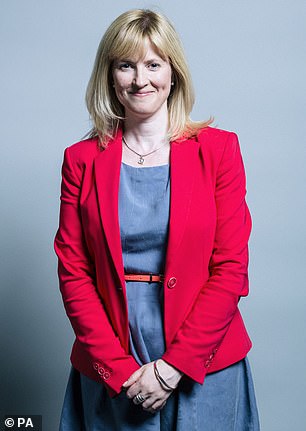 ‘She made transphobic comments, doubled down on them, and played the victim when she was called on it.

Grace Petrie – who previously campaigned for Duffield – voiced her shame.

She said: ‘This is, at best, spectacularly misguided.

‘Rosie made some thoughtless transphobic comments and has refused to engage with anyone trying to point out how that negatively impacts an already marginalised community.’

Meanwhile others took the opportunity to blast the Archbishop for his support of other high-profile figures.

Kate said: ‘To be fair you also support Prince Andrew, it seems that men of the church are strangers to morality and decent behaviour.’

‘18,000 unanswered emails and abuse of her own constituents on social media says otherwise I’m afraid.’

Rhammel O’Dwyer-Afflick added: ”She does not seek to demean others’ and yet that’s exactly what she went out of her way to do.’

‘To support Rosie universally is to support her awful views.

There were widespread calls for Ms Duffield to resign from her post as MP.

She resigned from the shadow front bench in May after it emerged that she had broken lockdown.