A BABY was born in a freezing Premier Inn car park after his parents were turned away from a hospital during heavy snow.

Charlie Smith was born in an ambulance outside the hotel in Grimsby on February 8, weighing 8lb 3.5oz. 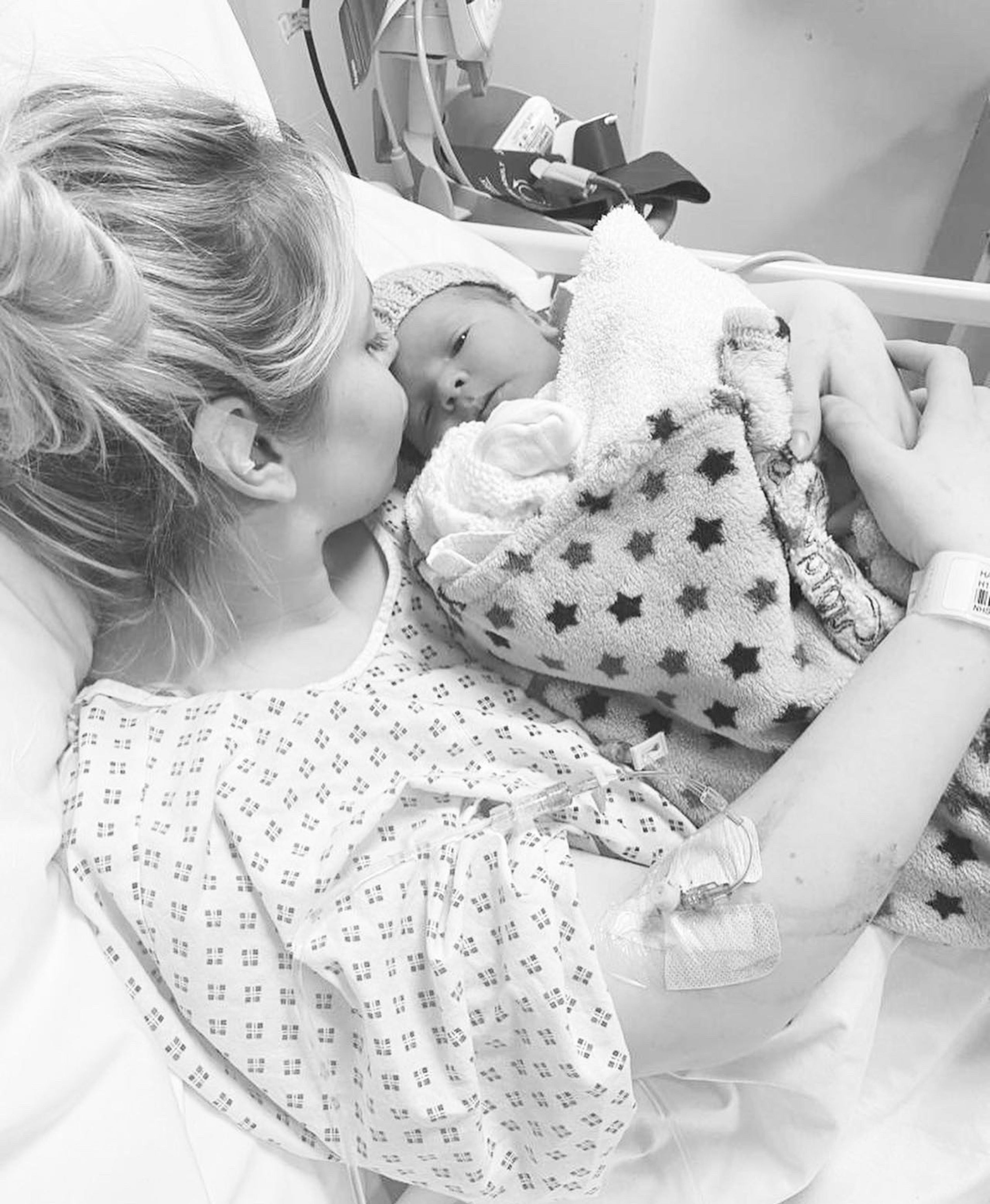 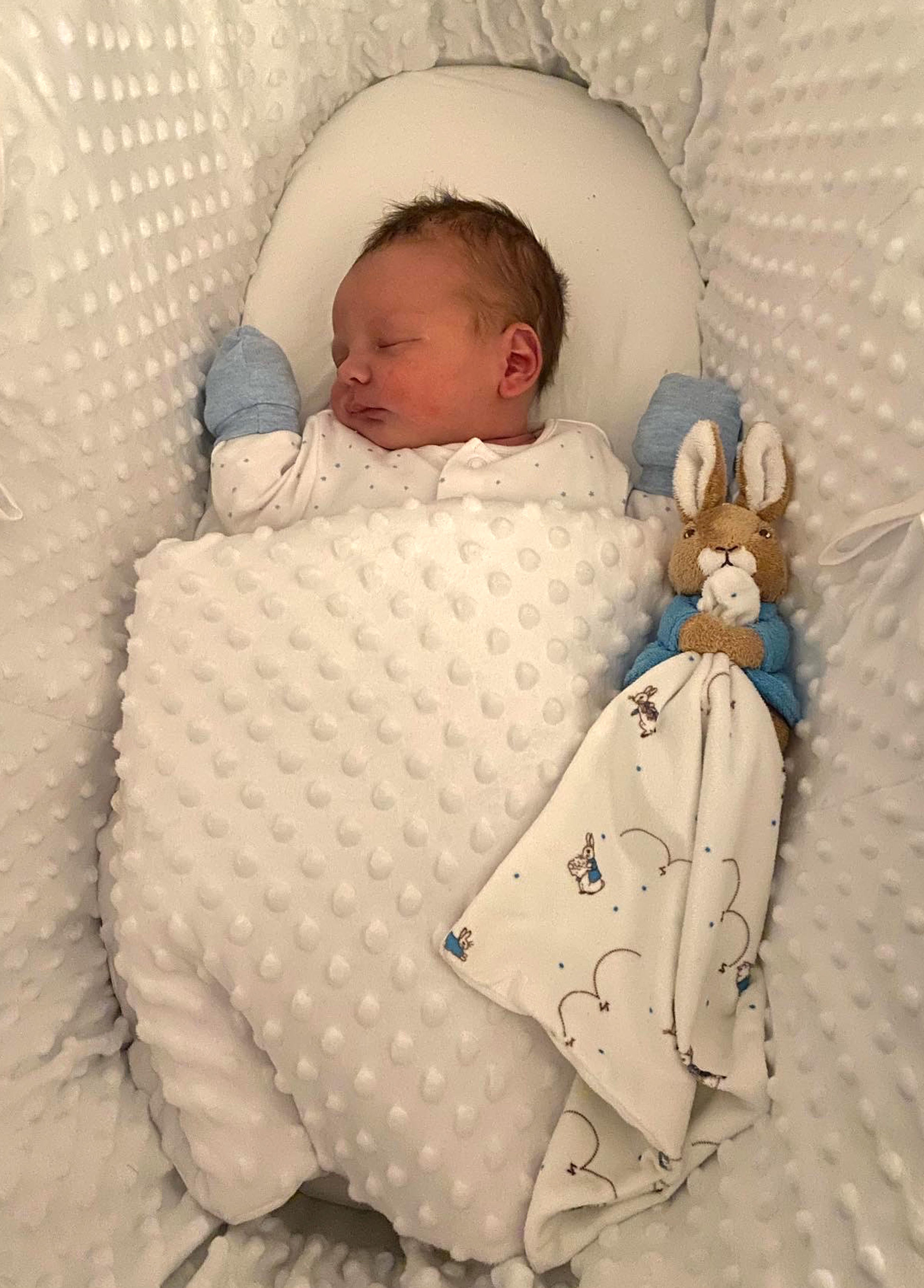 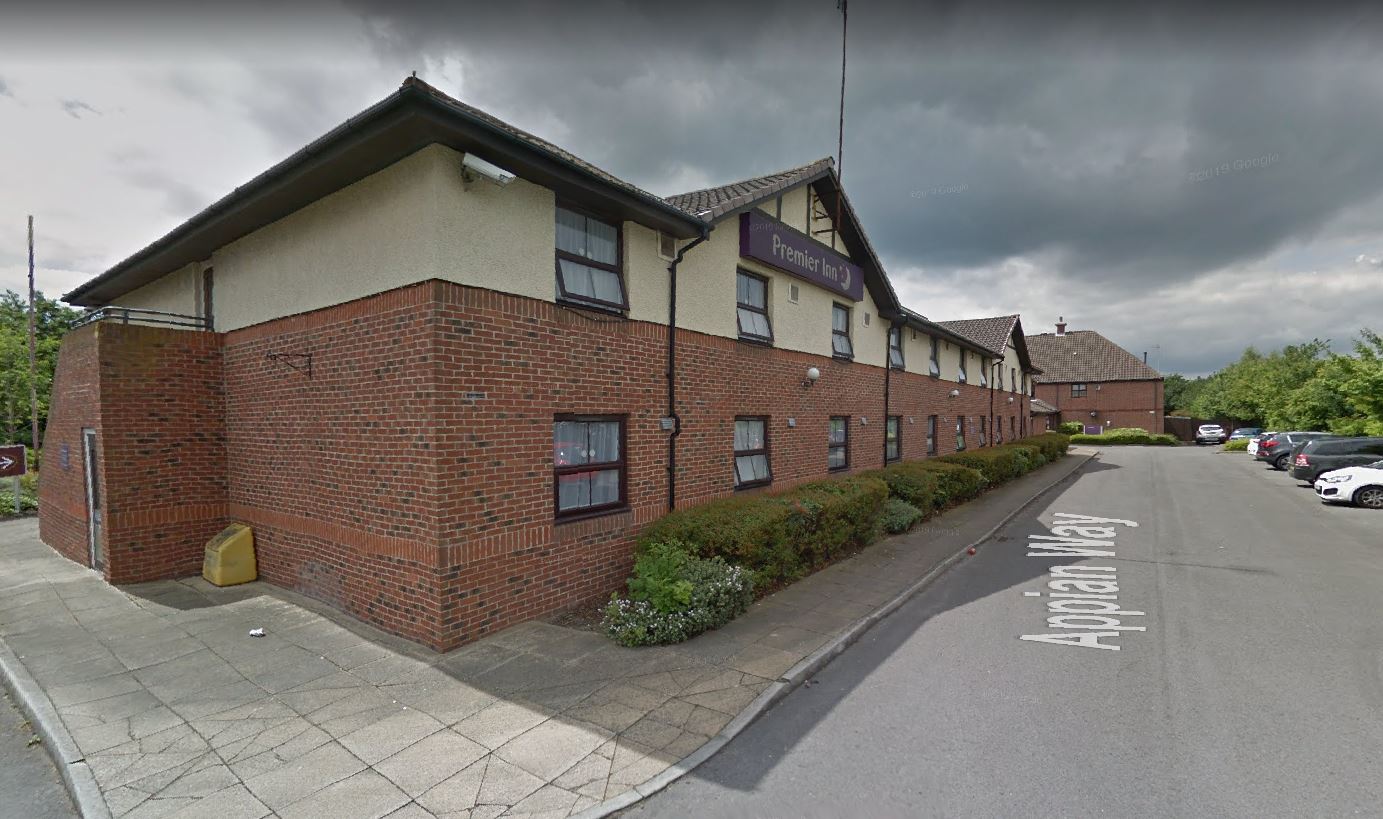 His surprise arrival came after his parents, Harriet Hanson and Adam Smith, checked-in to the hotel rather than make the 45-minute journey home to Skegness, in Lincolnshire, in freezing conditions.

The couple said they believe the decision not to return home that night was "critical" to the safe arrival of their first-born child, who they have nicknamed "Car Park Charlie".

She had began experiencing contractions but was told she still had a way to go and was advised to return when she was in established labour.

With heavy snow falls settling on the roads, the couple made the decision to stay close to the hospital.

They called the Premier Inn, where night team staff member Mike Krofchak confirmed that they could stay. 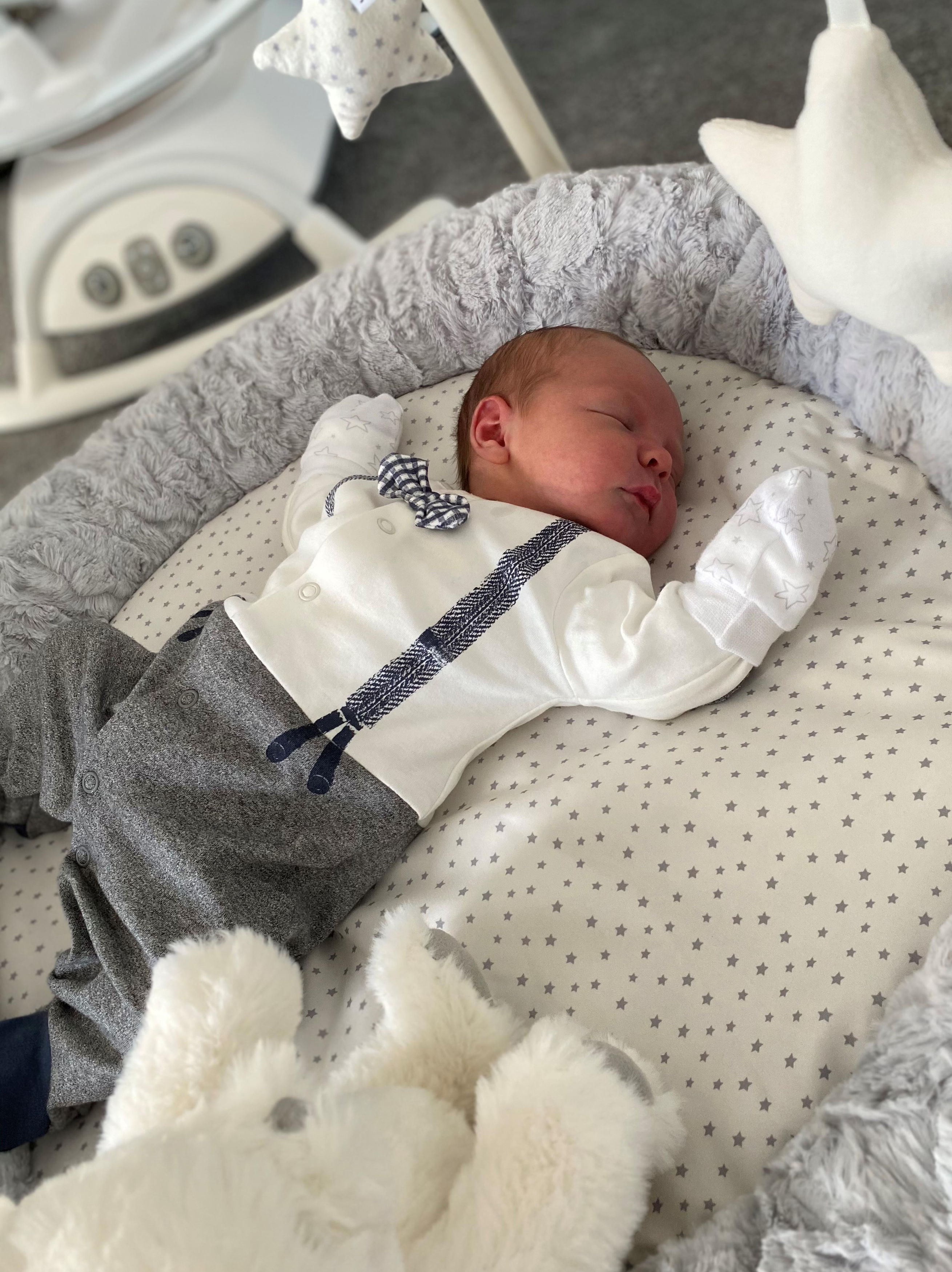 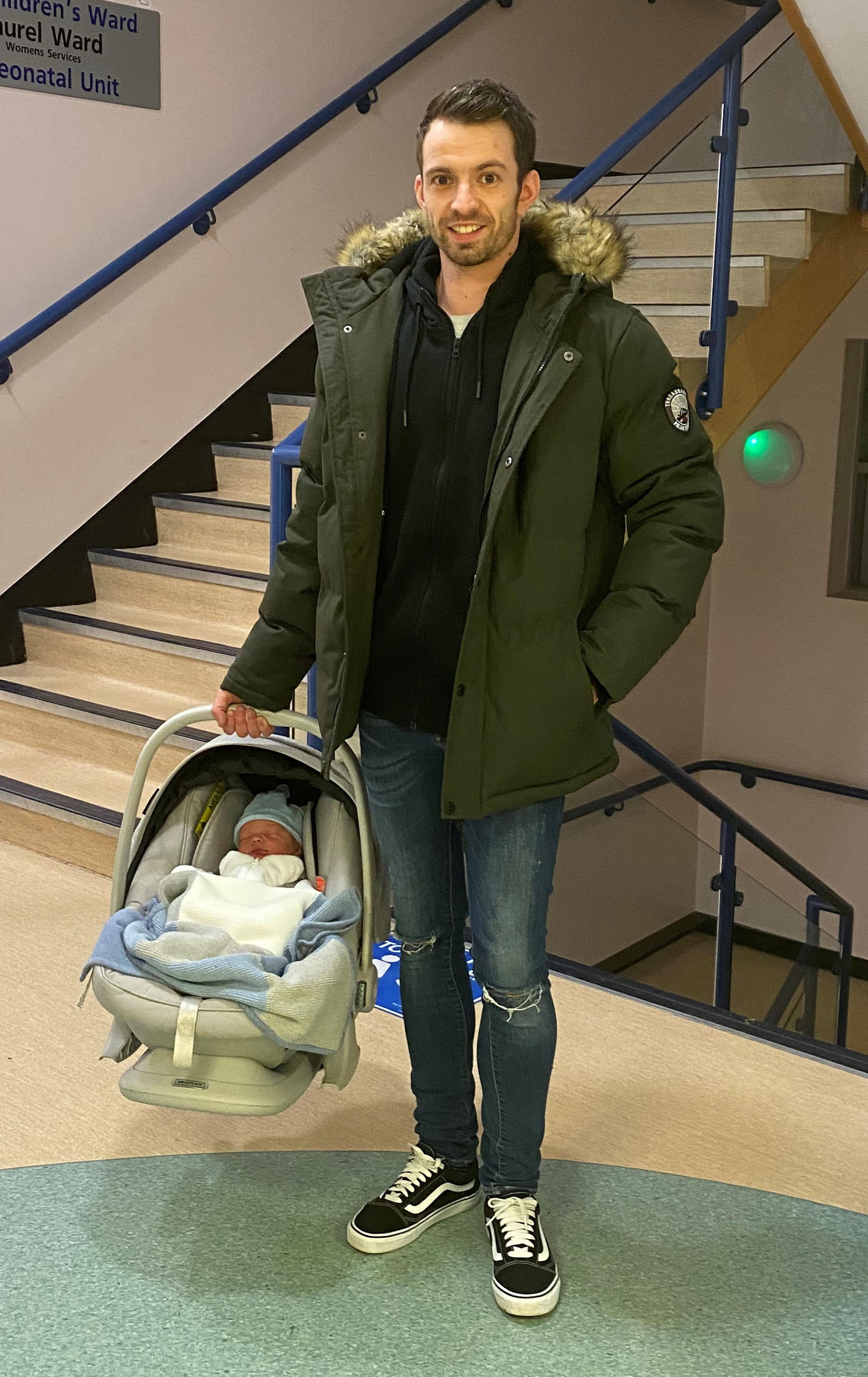 The group was told they may need to prepare to deliver the baby themselves but paramedics arrived.

Ms Hanson was then taken to the waiting ambulance, where baby Charlie was delivered at 12.29am with no issues.

A Premier Inn spokeswoman said that baby Charlie is believed to be the hotel chain's youngest-ever guest.

And they are looking forward to welcoming the family back with a complimentary stay to show him where he made his surprise entry into the world.

Ms Hanson and Mr Smith, 28, said: "We are so grateful for the care and kindness shown by the team at Premier Inn, especially by Mike, during our time of need.

"The three decisions we made that night – follow our instincts and not return home to Skegness, find somewhere local to stay, and finally choosing the Premier Inn – were, we believe, critical in ensuring the safe arrival of baby Charlie.

Monster gave Angel a life sentence but he'll be out in two years, say family

Currys driver sacked over 'creepy texts' to customers 'has lost everything'

"To say you were born in the car park of hotel is certainly a story you will never forgot – we have even affectionately nicknamed him Car Park Charlie."

Mr Krofchak said: "We welcome guests from all walks of life but baby Charlie is definitely the most unexpected."

He added: "It is a real privilege to know I helped in some small way with the safe arrival."