Backlash against British plan to play pop music in hospitals

London: Background music is bad for your health, campaigners have claimed, as they told Britain's National Health Service to reject proposals to play more pop songs.

Crusaders for quiet have written to Matt Hancock, the Health Secretary, insisting no more "noise" is pumped into public areas in UK hospitals. 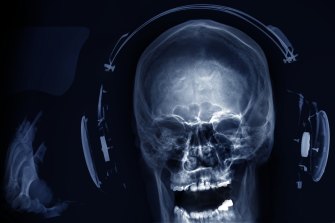 Brits are divided over a push to play more music in hospitals. Credit:Melbourne Radiology Clinic

Peers and doctors had previously urged the Department of Health and Social Care to pay for blanket licencing to allow NHS trusts to play pop hits in wards and waiting rooms in a bid to boost the morale of staff and patients.

But Pipedown campaigners have urged Hancock to dismiss the proposals and preserve silence in hospitals, claiming unwanted noise undermined personal freedom and raised levels of stress. Concerns have also been raised about the welfare of old people with hearing issues who may be opposed to oppressive acoustic wallpaper.

In a letter to the minister, the Pipedown Campaign for Freedom from Piped Music stated: "Music when unwanted – especially when it cannot be stopped or escaped – too often simply becomes noise. And all noise damages human health, both physical and mental. It raises blood pressure, depresses the immune system and increases the production of hormones such as cortisol. The well-being of patients should surely take precedence over the interests of the music industry."

The wellbeing of patients was at the heart of pleas for the government to foot the bill for music licences, allowing NHS trusts and fitness gurus like Joe Wicks to play popular tracks without red tape or additional direct costs.

Dr Julia Jones, a campaigner who signed a petition in favour of pop music, previously said that not providing licences was "daft", adding: "There is so much evidence to show the beneficial effects of music on the brain, and we're denying that to healthcare professionals."

Pipedown campaigners led by Nigel Rodgers have countered the claims, arguing that unwelcome and unchosen music is nothing more than noise that serves to irritate and ultimately cause stress to those forced to listen to it

Rodgers is pushing for sympathetic MPs to draft an Early Day Motion on the problem of piping music into public spaces, and has warned Hancock of the pitfalls of background sound. The author and campaigner said: "Patients in hospitals generally need quiet to recuperate almost as much as they need hospitals free of dirt and infection.

"As Florence Nightingale long ago pointed out, 'unnecessary noise is the most cruel abuse of care which can be inflicted on either the sick or the well'."

Rodgers said it could be cruel to play chart hits for uninterested patients who may be "immobilised in bed and unable to move away from the noise".