Star Australian basketballer Mitch Creek has had his charges of assaulting a woman withdrawn by police.

Mr Creek, the co-captain of the South East Melbourne Phoenix in the National Basketball League, was charged on summons with intentionally causing injury, recklessly causing injury and unlawful assault over an incident in Melbourne’s western suburbs on November 22 last year. 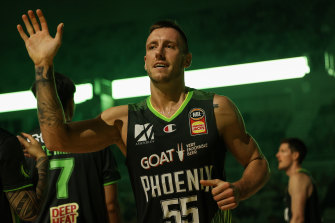 The 28-year-old appeared before Sunshine Magistrates Court on Wednesday, via a video link and seated next to his two lawyers, and appeared to become emotional when a police prosecutor applied for the charges to be withdrawn.

The police prosecutor did not outline why the charges were to be dropped.

Magistrate Kay Robertson granted the police application and struck out the charges.