BBC paid £52,000 to two gangsters who went on to torture drug dealer

BBC paid £52,000 to two gangsters who went on to torture drug dealer to death: Executive who hired the two men is now behind TV hits Killing Eve, Fleabag and Normal People

The BBC executive behind Fleabag and Killing Eve paid tens of thousands of pounds to two underworld figures who went on to torture a drug dealer to death in front of his children.

Christopher Guest More, 43 – who was yesterday convicted of the murder of Brian Waters – and Jimmy Raven, 61, received almost £52,000 from the BBC for just one show.

Heavily-tattooed Raven was jailed for life a year after the savage killing, but millionaire’s son More went on the run and assumed a stolen identity.

He escaped justice for 16 years, until he was discovered in 2019 living a playboy lifestyle in Malta, where he skippered multi-million pound yachts.

He was extradited back to the UK and last month went on trial at Chester Crown Court for the 2003 murder. 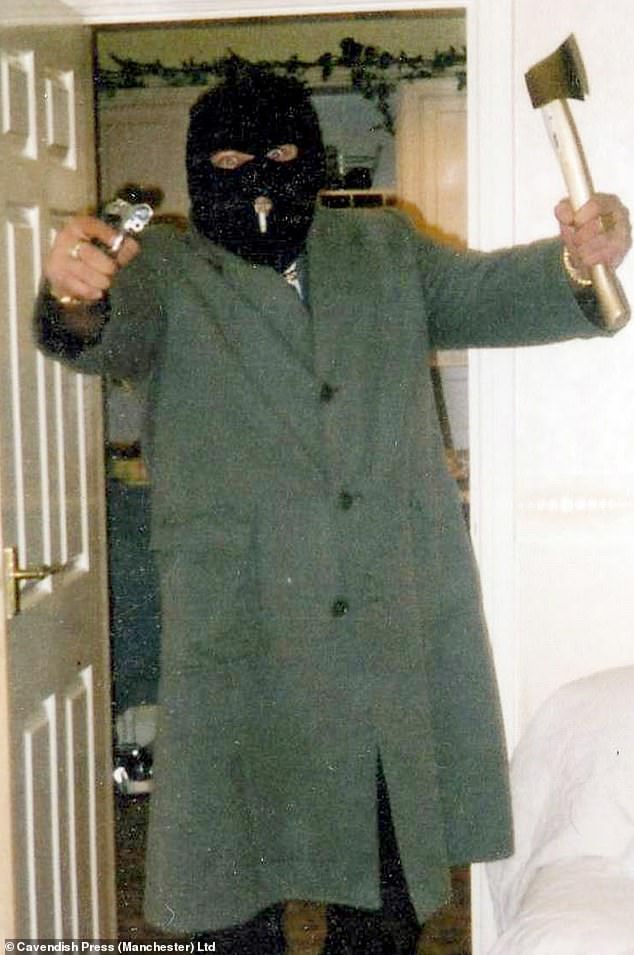 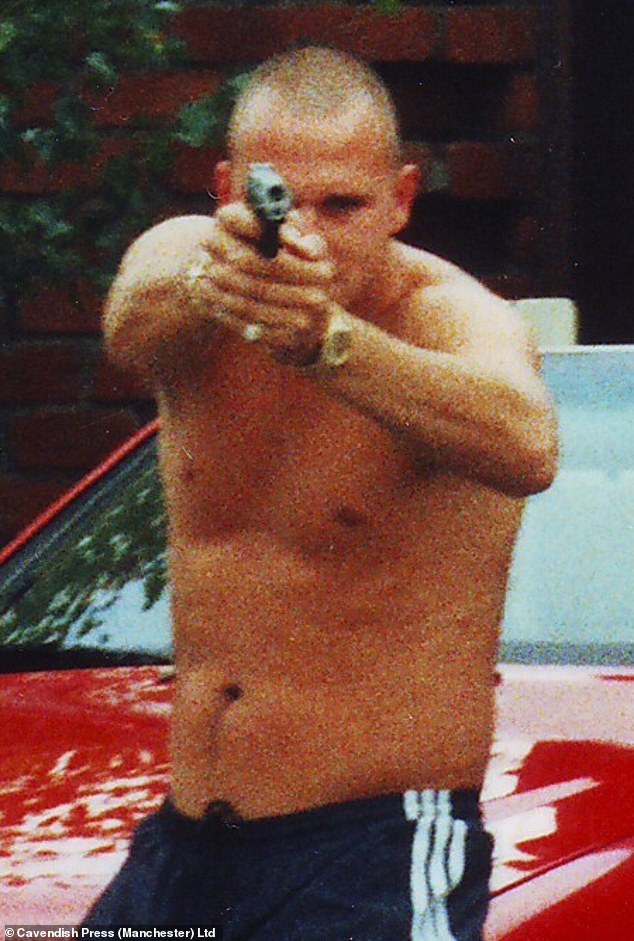 Following the jury’s guilty verdict yesterday the Mail can reveal that both More and Raven, who were cousins, worked as undercover operatives for Fiona Campbell, now the £215,000-a-year controller of BBC3. She is credited for hits including Fleabag, Normal People and Killing Eve.

An investigation by this newspaper has found that Miss Campbell knew Raven had a conviction for violence but allowed he and More, who had been cleared of rape aged 18, to work for the Corporation.

Documents obtained by the Mail reveal her approach was signed off by Peter Horrocks, the then-head of current affairs who went on to become the director of the World Service, Steven Whittle, the head of editorial policy, and Roger Law, the head of the BBC legal department.

The two men were paid £51,864.07 for one film on counterfeiters and were still being consulted over issues in post-production when they murdered Mr Waters.

The BBC broadcast the film, including the pair’s secretly filmed footage, two years later – even though Raven had been jailed and More was on the run.

The men were also paid thousands for earlier BBC projects commissioned by Miss Campbell, with More’s payments for 2002 to 2003 totalling £42,000.

Miss Campbell, then a producer specialising in undercover crime documentaries, was More and Raven’s senior handler.

She told police she did not ask them how they obtained information. She was criticised by a judge in a trial related to the pair’s counterfeiting programme for allowing them to operate without effective scrutiny. 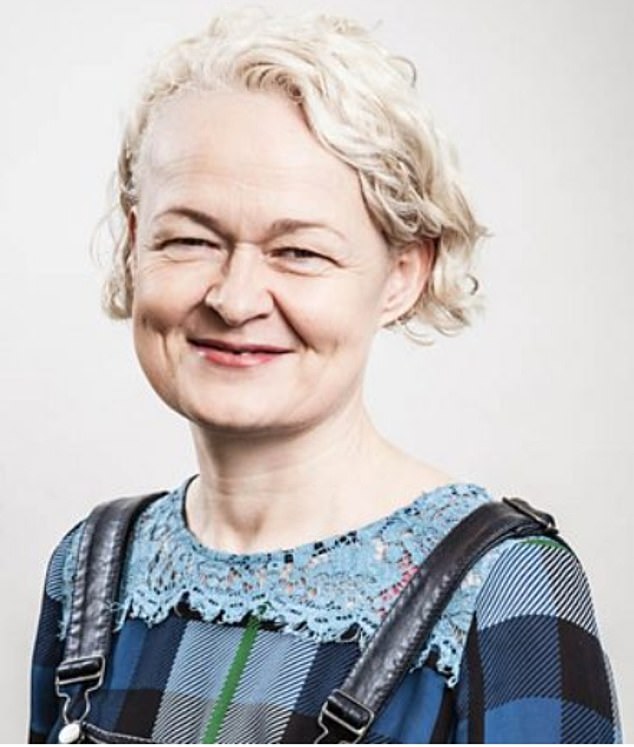 Both More and Raven, who were cousins, worked as undercover operatives for Fiona Campbell, (above) now the £215,000-a-year controller of BBC3

More’s trial heard that he and Raven were members of a six-strong gang who ambushed Mr Waters, 44, at the cannabis farm he owned in Tabley, near Knutsford, Cheshire, on the orders of cocaine boss John Wilson.

For three hours Mr Waters, who owed Wilson £20,000, was tortured while his children, Gavin and Natalie, were tied up and forced to watch.

He was strung upside down, whipped with canes, attacked with an industrial stapler, burned with molten plastic, given electric shocks, dipped into a barrel of water and beaten, before being sexually assaulted with an iron bar.

A pathologist who examined Mr Waters’ body told the court he suffered more than 100 injuries and would have died in ‘excruciating’ pain. Mr Waters’s farm manager Suleman Razak, then 20, was also tortured.

Yesterday Mr Waters’ wife, Julie, who was also kidnapped during the terrifying attack, and children said their ordeal has had a ‘significant and long-lasting effect’ on their family. 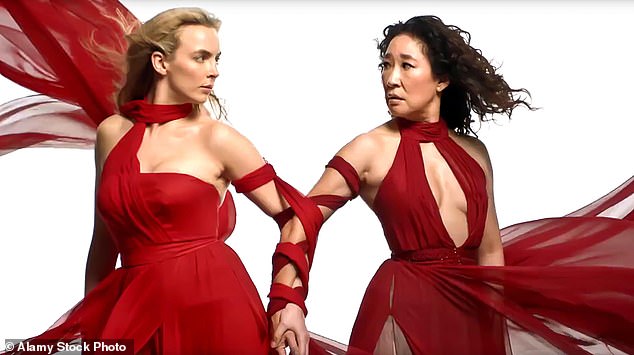 Campbell is credited for hits including Fleabag, Normal People and Killing Eve (pictured)

Wilson, now 71, and his ‘right hand man’ Otis Matthews, now 44, were convicted of Mr Waters’ murder in August 2004 and October 2007, respectively, and jailed for life.

More told the jury his DNA was at the murder scene because he had helped Wilson steal drugs and equipment from the cannabis farm on the morning of the attack. But he claimed it was as part of his ‘journalistic research’ into Wilson, who he believed was a police informant.

The jury dismissed More’s version of events and convicted him of Mr Waters’ murder and conspiracy to commit grievous bodily harm to Mr Razak.

He will be jailed for life and ordered to serve a lengthy minimum term when he is sentenced today. A BBC spokesman said: ‘Neither James Raven nor Christopher Guest More was work- ing for the BBC at the time of these offences.’

Regarding the criticisms of Miss Campbell by the judge in the counterfeiting trial, they added: ‘The BBC and its then employees accepted the overall findings of the judge.

‘As we said and as was reported at the time, the BBC made a number of changes to its editorial guidelines which considerably tightened up the procedures around investigations into crime and around undercover filming.’