A BEACHGOER found himself in a hole heap of trouble when he got trapped in a pit he dug in the sand.

Dramatic pictures showed the man getting pulled from the sandy abyss in Newquay, Cornwall, yesterday. 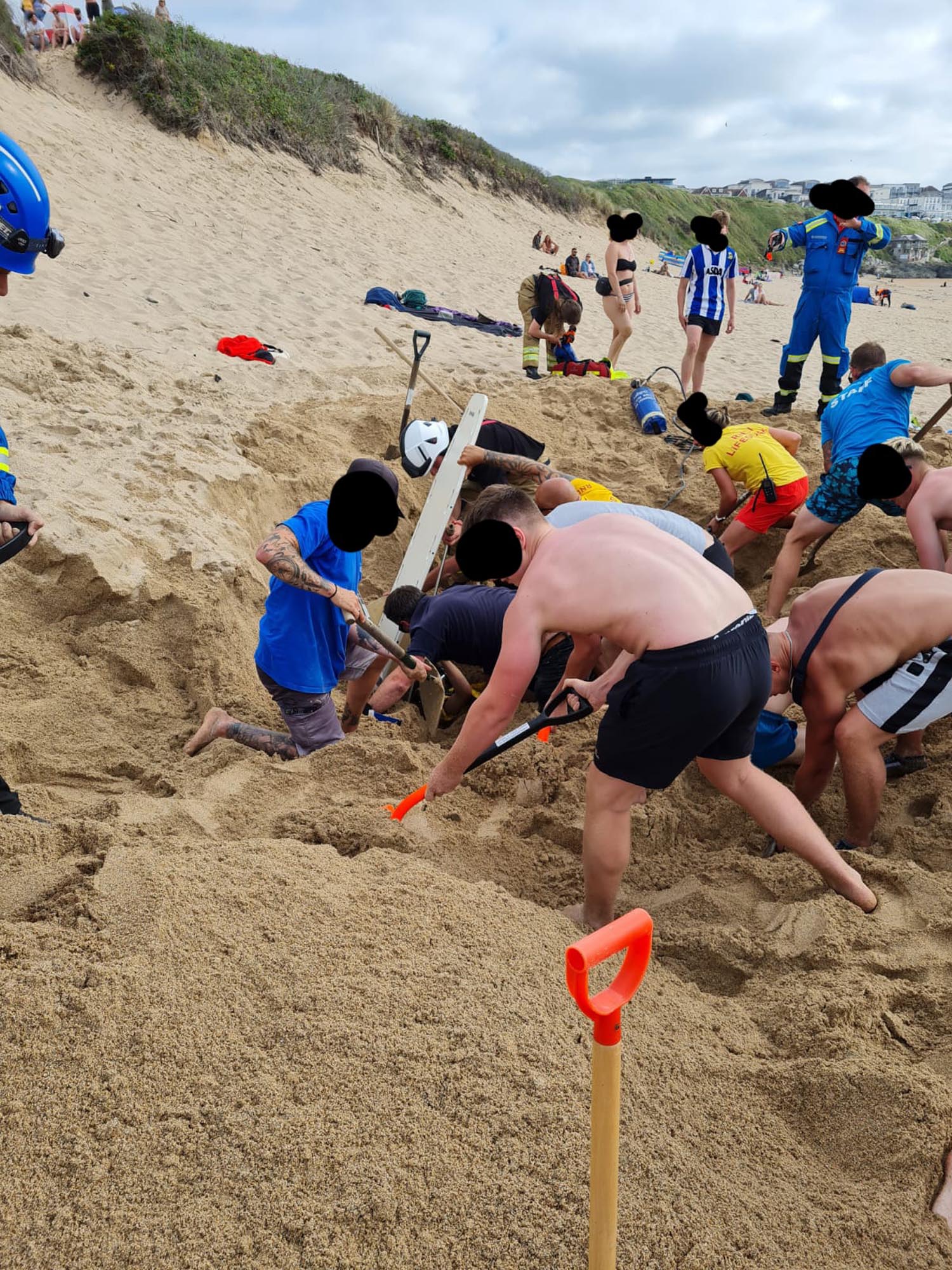 He had dug the hole but it collapsed on top of him – sparking a frantic rescue misson.

Emergency crews worked tirelessly alongside his pals and other beachgoers to free him.

They said: "Part of an amazing #rescue today #Fistral#Newquay.

"Hoping for a full recovery."

The drama came just days after the fire service warned against digging large holes on beaches because of the risks they pose.

Exmouth Fire Station said: "Digging holes might be a classic beach activity for young children, but some of the holes we have seen are so deep they are definitely not dug by kids.

"These holes are a massive risk to both the people digging them and anyone unfortunate enough to accidentally fall down one."

In 2005, a three-year-old girl became trapped in a 5ft-deep pit she made with her brother at Upper Towans Beach in Hayle.

And in 2018, a 14-year-old had an "extremely lucky escape" after getting stuck up to the neck in a collapsed hole in Newquay. 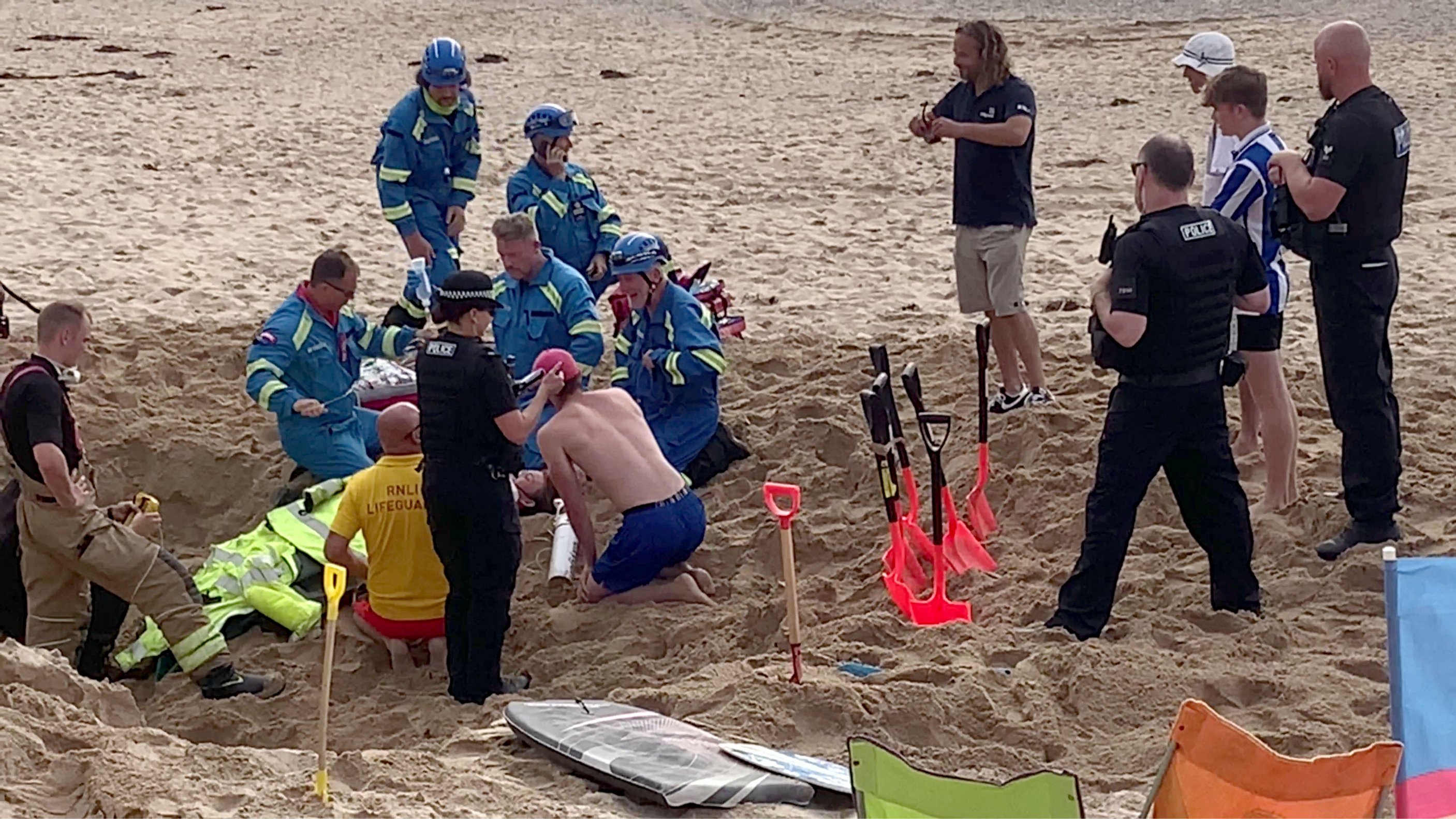 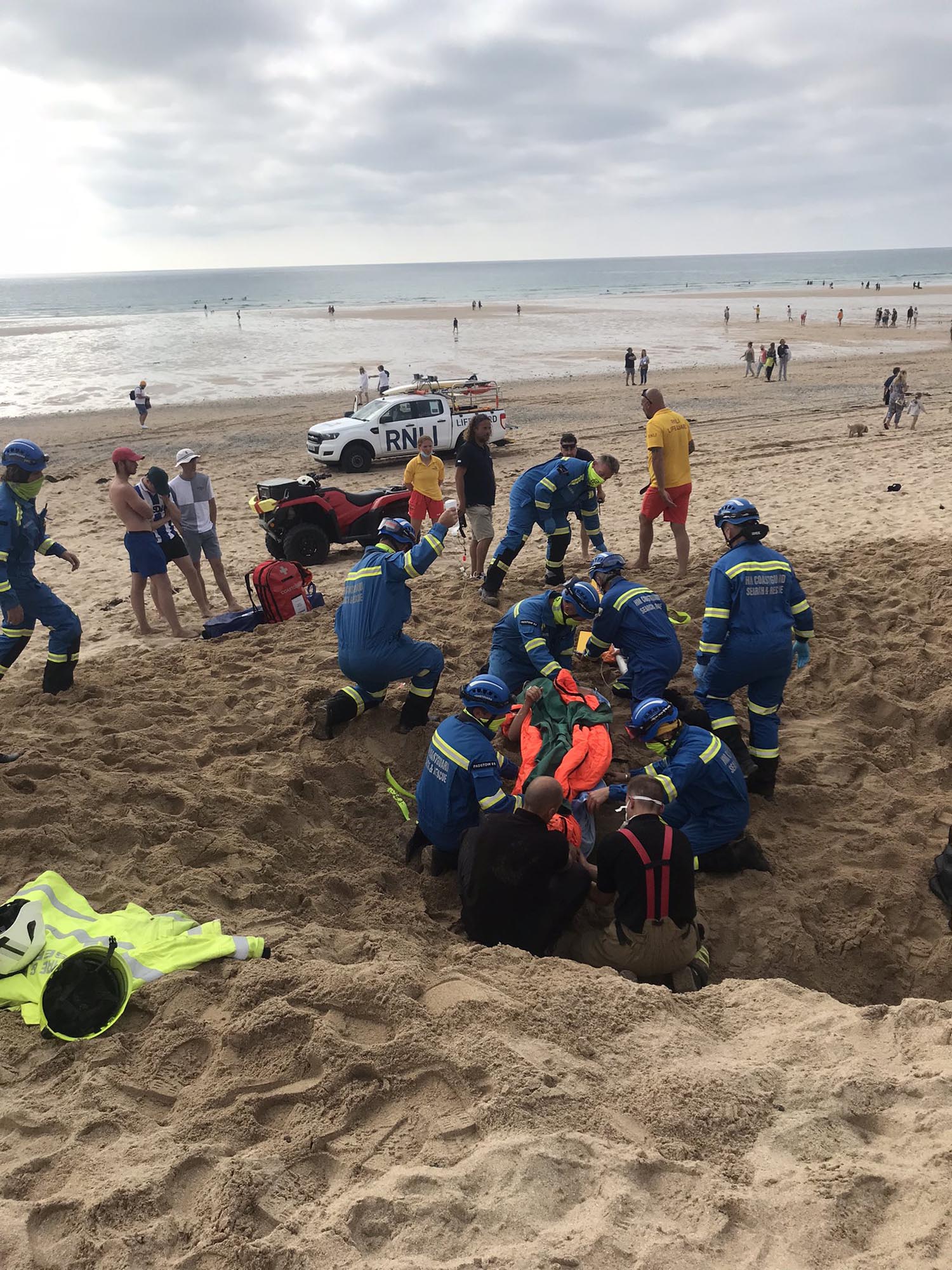