‘Clever entrepreneurs won’t give up the massive Chinese market’: Beijing claims ‘smart’ foreign companies WILL play by its rules amid fears of a global trade war

China has claimed that ‘clever entrepreneurs won’t give up the massive Chinese market’ amid escalating fears of a global trade war with Beijing due to the coronavirus pandemic.

Zhong Shan, the head of the country’s Ministry of Commerce, declared that ‘smart’ Western companies would play by Beijing’s rules because the nation has 1.4 billion consumers and plenty of high-quality labour resources.

Mr Zhong’s assertion of confidence came after China on Monday slapped an 80 per cent tariff on Australian barley and warned of ‘more actions’ in perceived retaliation after Canberra demanded an independent inquiry into the origins of COVID-19. 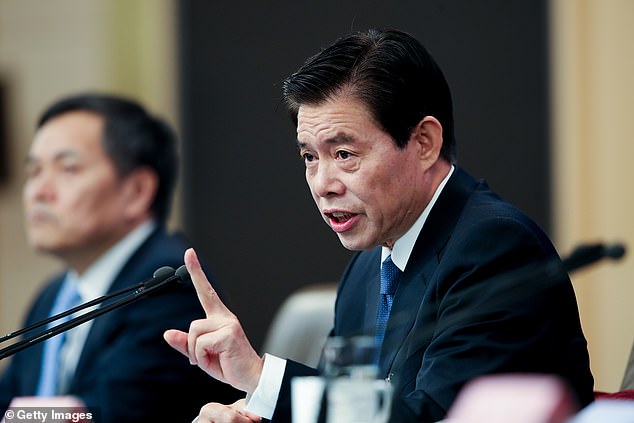 Zhong Shan, the head of China’s Ministry of Commerce (pictured in 2019), declared that business-savvy Western firms would stay loyal to Beijing because the nation has 1.4 billion consumers and high-quality labour amid spiralling fears of a global trade war with Beijing 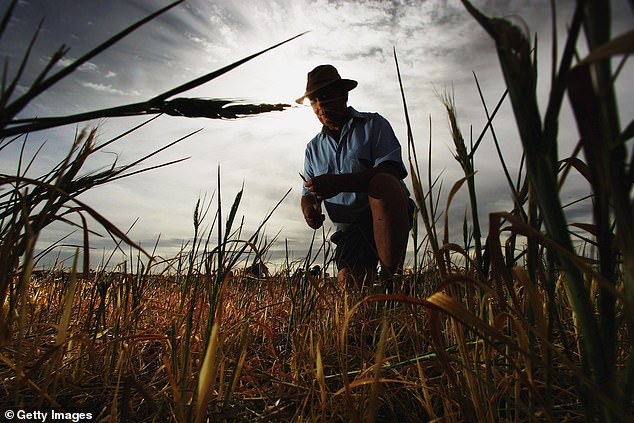 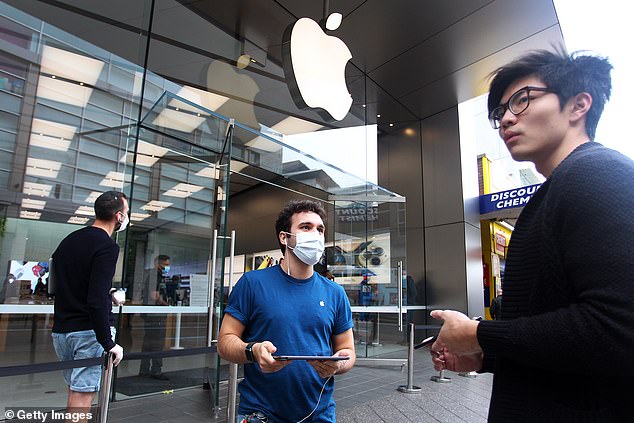 There are concerns that Britain could also be dragged into the international economic conflict with China after supporting the virus probe together with more than 130 countries.

The Communist nation has reportedly threatened ‘forceful countermeasures’ against American firms, including Apple and Boeing, after the Trump administration extended its sanctions on Chinese telecommunication giant Huawei out of fears of Beijing-backed espionage.

China’s Commerce Minister Mr Zhong expressed his certainty of foreign firms’ loyalty to Beijing after being asked about claims that some overseas businesses were planning to move out of China as a result of the health crisis.

Speaking at a press conference in Beijing, Mr Zhong acknowledged that China ‘is facing huge challenge’ in drawing foreign investment ‘due to the spread of the pandemic’. 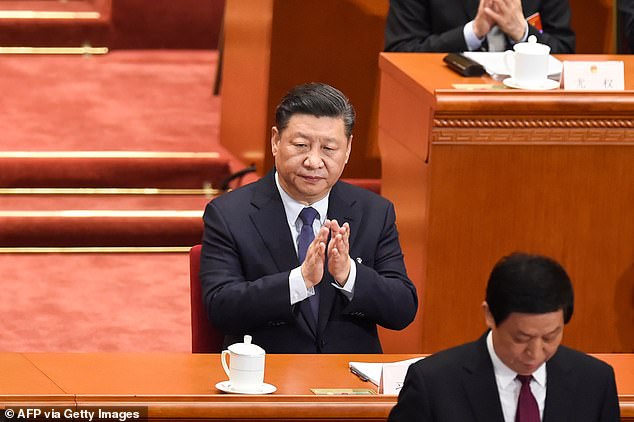 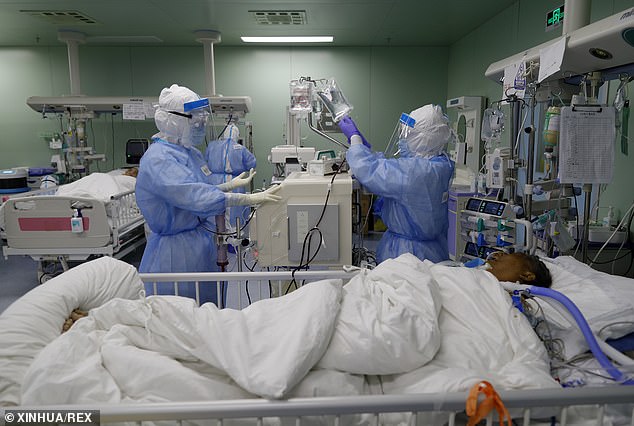 The pandemic emerged in the Chinese city of Wuhan in December and has killed over 323,000. Pictured, medical workers take care of a COVID-19 patient in Wuhan on April 24

The official added that the nation must further the opening-up of its market, set up more free trade zones and improve its overall business environment.

He then said: ‘I would like to stress here that China has distinct advantages of using foreign investment.

‘China has abundant and high-quality labour resources. China has comprehensive industry-supporting capabilities. China has a market with 1.4 billion people.

‘I believe clever entrepreneurs won’t give up the massive Chinese market.’

Mr Zhong’s comments came after Apple said it would start to produce its popular wireless earphones in Vietnam for the first time.

The US tech giant will shift the production of millions of AirPods out of China this quarter, sources told Nikkei Asian Review, in a sign that it is seeking to lessen its manufacturing dependence on China. 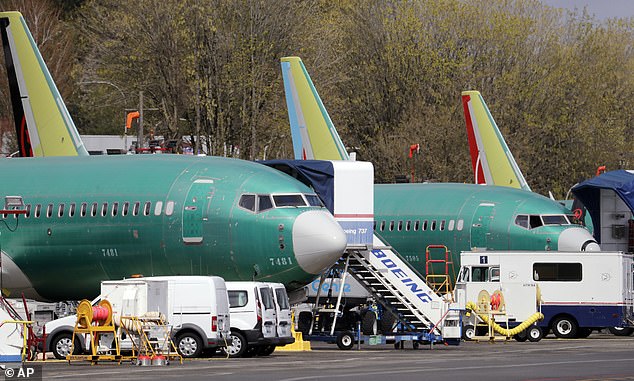 American companies including Boeing could be added to China’s ‘unreliable entity list’ as Beijing’s punishment on Washington, state media reported. Pictured, Boeing 737 Max 8 jets are parked at the airport adjacent to a Boeing production facility in Renton on April 8, 2019 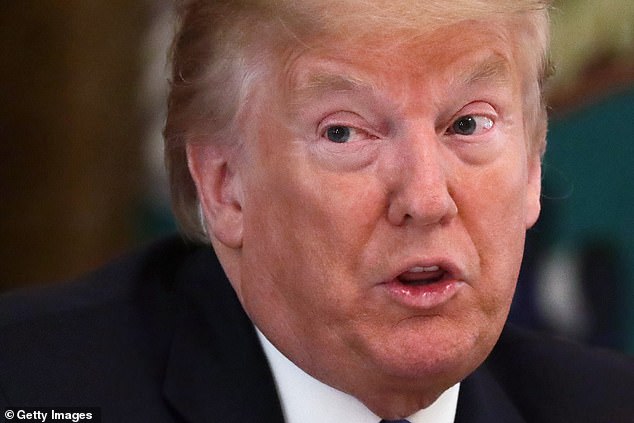 The trade war between China and the US is now compounded with an intensifying diplomatic dispute between the two nations over coronavirus. Trump (pictured on Tuesday) took the row with China further when he threatened to cut off funding for the WHO permanently

Huge American companies including Apple, Cisco, Qualcomm and Boeing could be added to China’s ‘unreliable entity list’ as part of Beijing’s punishment on Washington for its trade restrictions on Huawei, the Global Times reported.

These US firms will have restrictions imposed on them and investigations launched against them, claimed the state-run newspaper, citing a source.

China and the United States have been locking horns in a long-winded trade war since 2017. US President Trump has accused China of unfair trading practices and intellectual property theft, to which Beijing denies.

But with the fast-spreading novel coronavirus, the world could see a new global trade war between China and the West due to disagreement over Beijing’s response to the emergency.

The Communist country has faced wide-spread doubt that it has covered up the true scale of the outbreak and the origin of the pathogen. 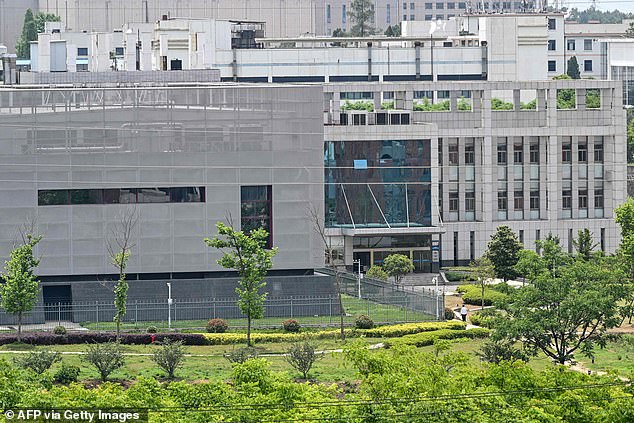 Some American politicians, including Trump and Secretary of State Pompeo, have linked the origin of the birthplace to the Wuhan Institute of Virology (pictured) in the former epicentre 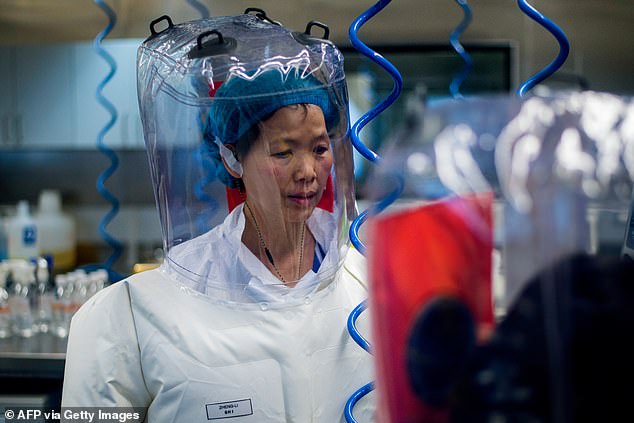 Chinese officials decided to build the Wuhan Institute of Virology after the country was ravaged by an outbreak of SARS in 2002 and 2003. Shi Zhengli, a lead researcher, is seen working inside the P4 laboratory at the institute in Wuhan on February 23, 2017

On Monday, the World Health Organization bowed to calls from most of its member states to launch an independent probe into how it managed the international response to coronavirus, which has been clouded by finger-pointing between the US and China.

The ‘comprehensive evaluation’ over coronavirus, sought by a coalition of African, European and other countries, is set to review ‘lessons learned’ from WHO’s coordination of the global response to the virus outbreak.

Donald Trump took the row with China further when he threatened to permanently cut off funding for the WHO, which he has accused of bias towards Beijing.

In April, Australian Prime Minister Scott Morrison demanded an independent probe into the deadly virus and the WHO’s handling of the crisis.

In response, Chinese state media and leaders warned of trade retribution that could wipe $135billion (£110billion) from the Australian economy.

After weeks of threatening to boycott the meat and barley industries and restrict travel and foreign education opportunities, China on Monday announced an 80.5 per cent levy on barley exports starting on Tuesday.

Beijing claims Australia subsidised its farmers and dumped barley in China. The tax will remain in place for five years, China’s Ministry of Commerce said.

Furthermore, China has reportedly drawn up a list of more Australian industries to target.

Wine, dairy, seafood, oatmeal and fruit exporters could be hit with new customs rules, quality checks or tariffs to make selling into China more difficult, according to a Bloomberg article which cited ‘people familiar with the matter’.

The bitter battle between China and Australia has now exploded onto the world stage, after 100 nations joined Canberra in calling for the impartial review, with concerns that Beijing’s harsh punishments could be repeated worldwide.