Black church leaders are vocalizing their discontent with a new ad released by the Trump campaign. In it, they say the church and Black congregants are depicted as “thuggish rule breakers” and are unfairly linked to violent rioters.

“Black people in America have been under attack by the spiritual, political, financial, and cultural servants of American white supremacy since our first enslaved ancestors arrived on these shores over four hundred years ago,” a letter rebuking the ad states. “Sadly, the African Methodist Episcopal Church, one of the first Black institutions in this nation, is under attack again.”

In the campaign ad titled “Meet Joe Biden Supporters,” footage from a number of violent riots that occurred within the Trump administration are strung together to tell the tale that Joe Biden’s America would be marked by violence and terror. At the tail end of the ad, the former vice president is seen kneeling with a number of Black churchgoers within the sanctuary of Bethel African Methodist Episcopal (AME) in Wilmington, Del. As the image appears on screen a voice states “You won’t be safe in Joe Biden’s America.”

The statement issued by bishops within the AME Church calls on the Trump campaign to issue an immediate apology to Bethel AME Church in Wilmington Delaware, and its Pastor, Dr. Silvester Beaman. They also asked that the ad be removed from all networks and requested federal protection for the church and those closely associated with the religious building.

Finally, the Black church leaders ask that the Department of Justice and/or Homeland Security open an investigation to determine the legality of the Trump ad which they say misrepresents and photoshops images. They suggest the rhetoric and language within the ad could “incite violence, and encourage racial tensions that lead to placing people of color in harm’s way.”

Under a Trump Administration, the religious leaders say they are afraid that the “white supremacist lynchings, murders, and assassinations of Black men and women, boys and girls” of the past will continue to persist. 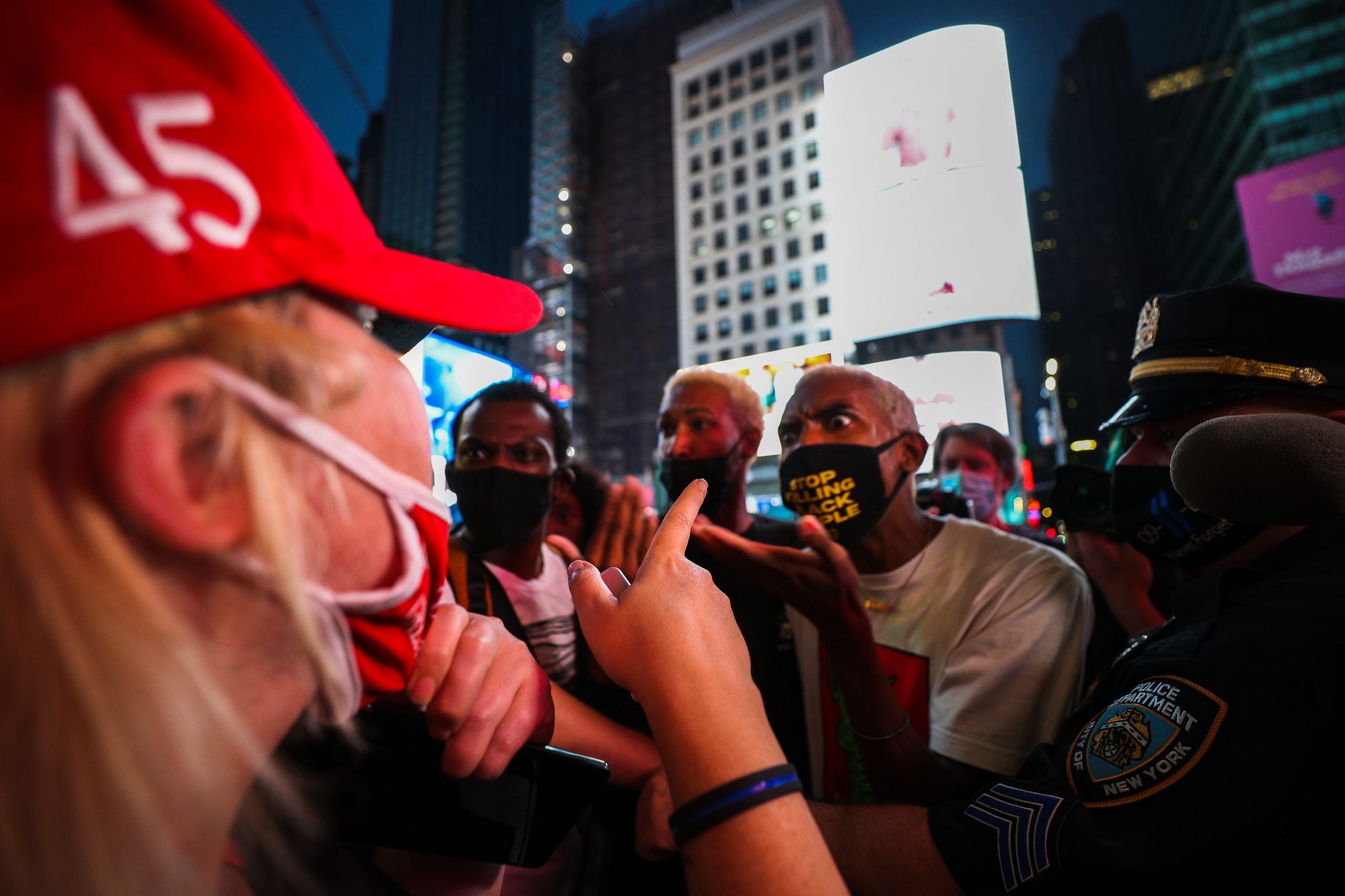 A deputy press secretary for the campaign with knowledge of the ad’s criticisms responded to reporters last week. Samantha Zager said accusations that the ad was racist are “absurd.” Adding, “It’s shameful to even make the allegation.”