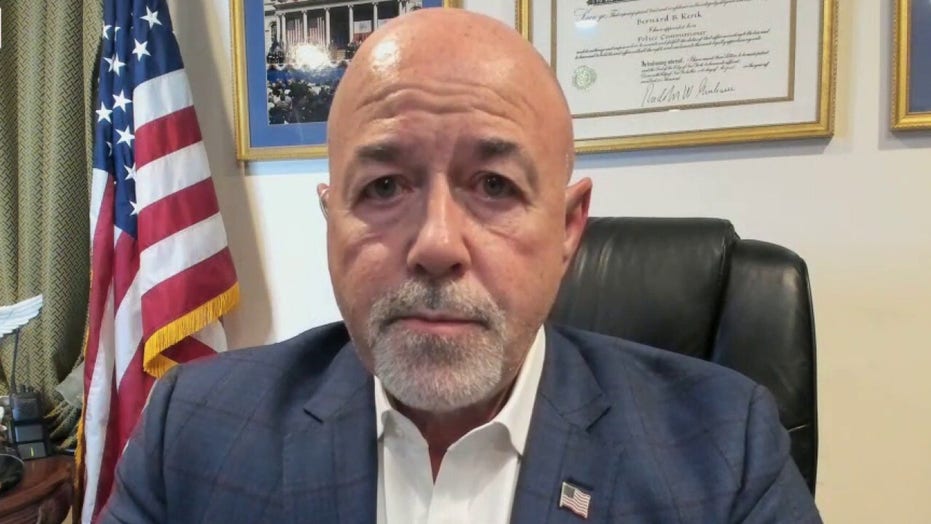 Support for the Black Lives Matter movement has dipped in recent months as protests against police brutality and racial injustice have descended into violence and looting in major U.S. cities, according to the findings of a new poll released Wednesday.

The survey, conducted by the Pew Research Center, showed that just over half of American adults, at 55%, support BLM, down from a high of 67% in June. The percentage of people who say they “strongly” support the movement stand at around 29%, a nearly 10% decrease from three months ago. 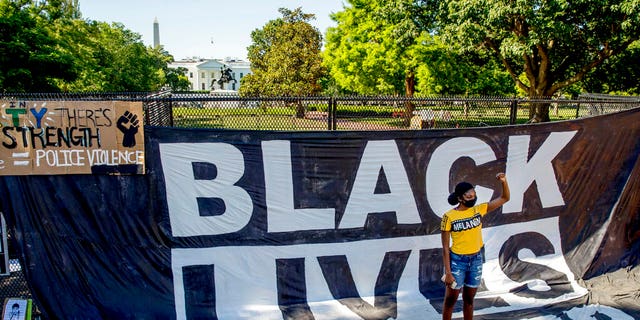 FILE: The White House is visible behind a woman who holds her fist up as she poses for a photograph with a large banner that reads Black Lives Matter hanging on a security fence in Washington, after days of protests over the death of George Floyd.
(AP)

The movement found its broadest support immediately following the death of George Floyd while in the custody of Minneapolis police on May 25. Floyd’s death sparked nationwide protests but quickly descended into violent confrontations with police.

The Pew survey found that around 37% of Republicans supported BLM in June. Now, only around 16% view it favorably. Democrats, while still overwhelmingly supportive of BLM, saw a slight dip from 92% in June, to 88% in September.

Positive sentiment has also dropped among White and Hispanic adults. In June, nearly two-thirds of White Americans said they strongly or somewhat supported BLM, but now only about 45% say they do. Meanwhile, more than three-fourths of Hispanics supported BLM in June, compared to about 66% in September, according to the survey’s findings.