Border Force detained 49 migrants at Dover after they attempted to cross the English Channel in three boats on Saturday – taking the number of arrivals this year up to 285.

Six men were initially caught making the crossing in a brand new grey, yellow and blue rigid hulled inflatable boat (RHIB) amid calm and mild conditions in the early hours of Saturday morning. 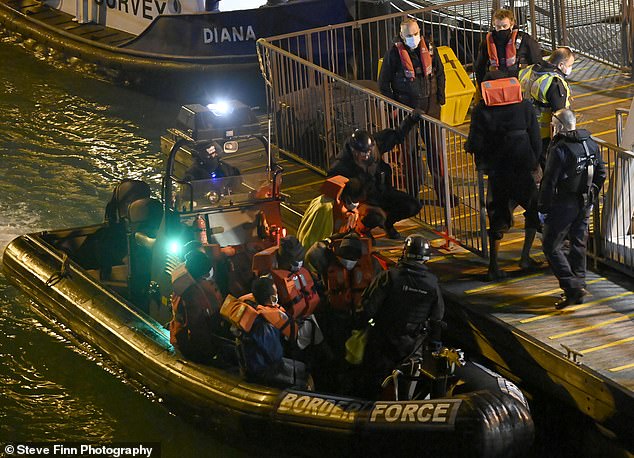 Six men were taken ashore by Border Force on Saturday after they were spotted in a new rigid hulled inflatable boat (RHIB) in the early hours of the morning. They were followed by two more vessels carrying 43 people 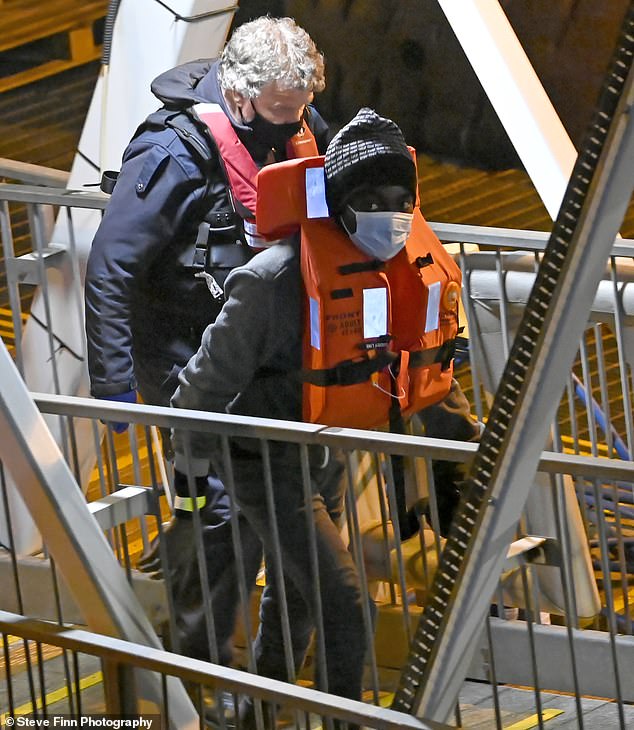 People traffickers have been taking advantage of recent milder weather – but snow in the South over the last couple of days appears to have halted crossings.

Meanwhile official in France managed to prevent 92 people from making the crossing.

Among them were 13 people who had got into difficulty in the Pas-de-Calais strait, while the coastal maritime surveillance boat (VCSM) Escaut, of the maritime gendarmerie, rescued 26 migrants and took them back to France at 10.30am.

Friday saw 13 migrants reach the UK in the first crossings of the month, while French officials prevented 123 people from crossing – including one boat that had 10 people on board. 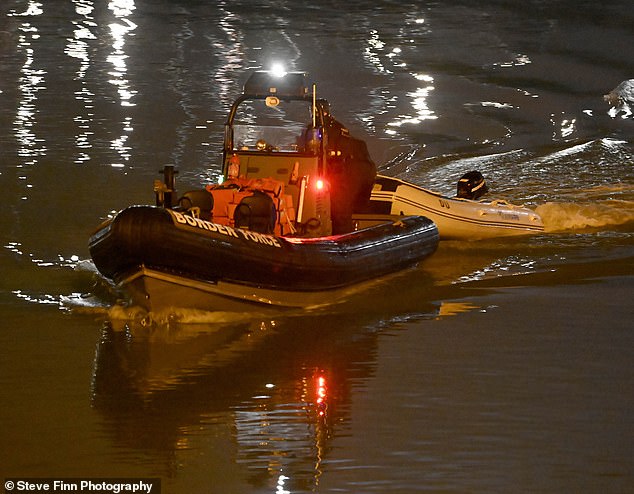 The latest arrivals takes the number who have been detained so far this year to 285, January 9 was the busiest day so far when 103 people arrived in six boats.

A total of 223 asylum seekers made it to the UK last month in 15 boats.

Minister for Immigration Compliance and the Courts Chris Philp said: ‘Overnight the French authorities stopped 215 migrants from crossing from France to the UK, through the joint operational and intelligence deployment shared by our two countries. 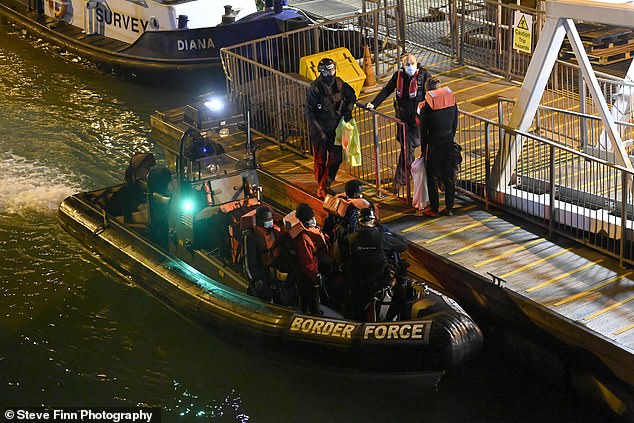 Minister for Immigration Compliance and the Courts Chris Philp said the Government has new powers to treat asylum claims as inadmissible, if they have travelled through safe countries

‘The Government continues to undertake substantial measures to tackle this unacceptable problem of illegal migration.

‘In January we introduced new rules which mean we can treat asylum claims as inadmissible if they have travelled through safe countries to get to the UK.

‘Criminals are exploiting migrants for profit and are selling false dreams of life in the UK.

‘These crossings are illegal which is why we are pursuing the criminals behind these crossings, returning migrants who have no right to stay in the UK to safe countries and will continue to do everything we can to make this route unviable.’