Boris Johnson has signalled the UK will not boycott the Beijing 2022 Winter Olympics despite China facing ‘genocide’ claims.

The Prime Minister said the Government is ‘not normally in favour of sporting boycotts’, adding this has been a ‘long-standing’ position.

Liberal Democrat leader Sir Ed Davey had called for Britain and Team GB to boycott the 2022 spectacle over the ‘genocide’ of the Uighur minority population in China’s Xinjiang province. 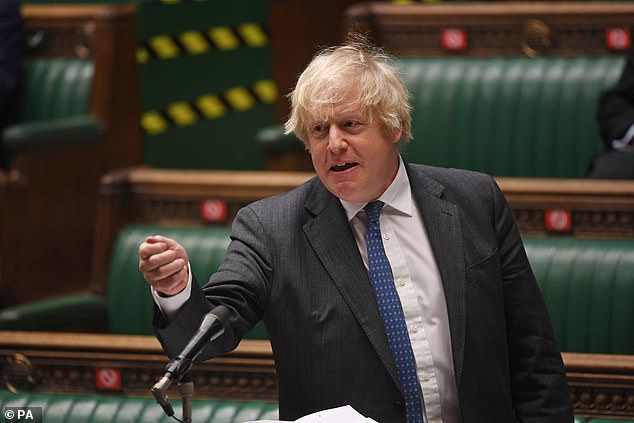 ‘The BBC, international media and human rights NGOs are all reporting on forced labour camps, women being raped and sterilised and families being separated. This is a genocide happening in front of our eyes.

‘So does the PM agree with me that unless China ends this genocide, Britain and Team GB should boycott the Winter Olympics in Beijing next year?’

Mr Johnson replied in the Commons: ‘(He) is absolutely right to highlight the appalling campaign against the Uighurs in Xinjiang and that’s why the Foreign Secretary has set out the policies that he has, the package of measures to ensure that no British companies are complicit in or profiting from violations. 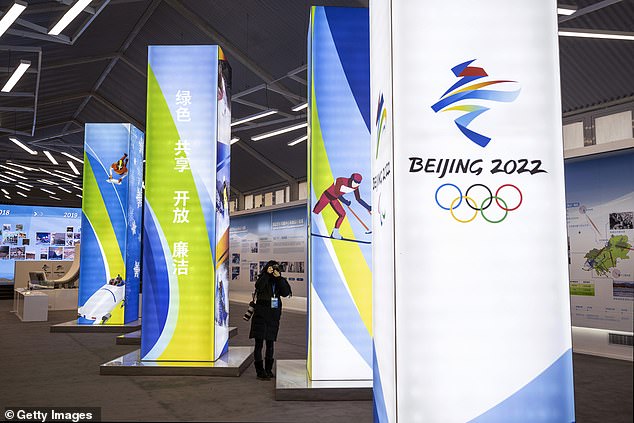 The Prime Minister said the Government is ‘not normally in favour of sporting boycotts’, adding this has been a ‘long-standing’ position. Above, an exhibition center for the Beijing 2022 Winter Olympics in Yaqing district

‘We’re leading international action in the UN to hold China to account and will continue to work with the US, friends and partners around the world to do just that.

‘He raises a point about a sporting boycott, we’re not normally in favour of sporting boycotts in this country and that’s been the long-standing position of this Government.’

His remarks followed a coalition of 180 human rights groups urging a boycott over the Chinese government’s reported complicity in human rights abuses.