Boy, 17, suffers burns to his legs after 'acid attack' at Leeds Fest

‘Acid attack’ at Leeds Festival: Boy, 17, suffers burns to his legs after being sprayed with corrosive liquid in dance tent

A teenage boy has suffered burns to his legs after a suspected acid attack at Leeds Festival this weekend.

Olly Spencer-Littlewood, 17, from Wyke near Bradford, was sprayed with the liquid in a dance tent in the early hours of Sunday morning during his first ever festival.

Police have launched an investigation into the attack, which has left Mr Spencer-Littlewood in bandages after he was rushed to hospital.

The teenager said he does not think he could go to another festival after the assault. 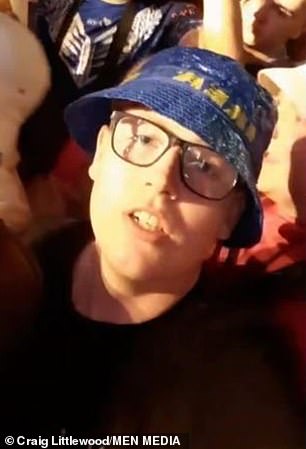 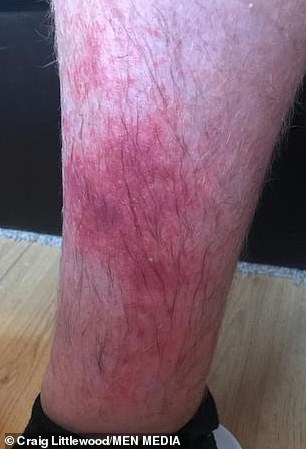 Olly Spencer-Littlewood (left), 17, from Wyke near Bradford, suffered burns to his legs (right) after a suspected acid attack at Leeds Festival this weekend

Mr Spencer-Littlewood was enjoying a DJ set when he felt a liquid hit his legs.

He assumed somebody had spilled a drink while dancing in the bustling crowd but the sensation quickly ‘escalated to burning’.

The teenager was near the stage at the time so climbed over the fence and alerted a marshall who quickly took him to the medical tent.

Medics called an ambulance while the liquid was washed off with water before he was taken to York Hospital for further treatment at around 2.30am.

His father Craig Littlewood said: ‘They cleaned him up at the hospital and reported back it is acid of some description. 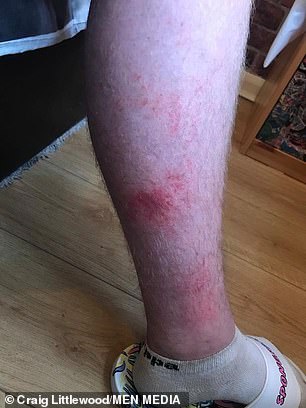 The liquid was ‘acid of some description’ medics at the hospital said, Mr Spencer-Littlewood’s father Craig said

‘It’s not the worst kind that makes your skin falls off but it’s still bad enough to do the damage.’

Mr Spencer-Littlewood was wearing shorts at the time and the acid has injured both legs. On one he has a circular of around five inches that has blistered.

‘The worst thing is it’s his first-ever festival,’ his father said. ‘It’s like a one-off to him, it’s cost him a lot of money, and he’s come away possibly scarred, we don’t know.

‘He’s actually said to me “I don’t think I could go to another one,” and I totally understand why. I don’t blame you mate to be fair.’

His wounds were dressed at the hospital and the bandages have been on since.

He will find in the next day or so how bad the burns are and whether he is likely to be scarred by the incident.

West Yorkshire Police said it has begun enquiries into the attack.

A spokesperson said: ‘At 7.24pm on Monday, police were contacted by a 17-year-old male who reported being treated at hospital after having a substance splashed on his lower legs the previous evening at the Leeds Festival site at Bramham Park, near Leeds.

‘Officers from Leeds District CID have visited the victim to get details of the incident and enquiries are ongoing.’ 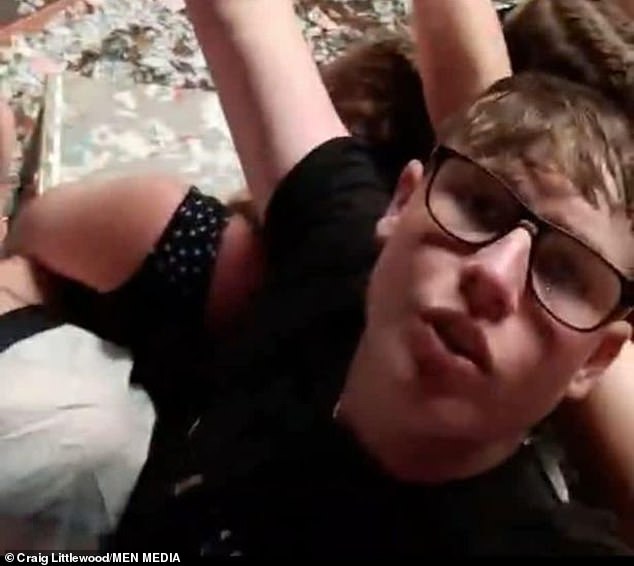 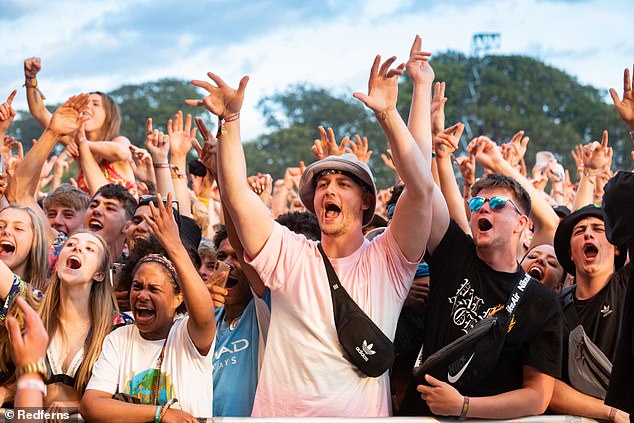 Pictured: Revellers listen to AJ Tracey on the main stage at Leeds Festival at Bramham Park on Saturday

Craig said: ‘I’ve got no blame towards Leeds Fest. That’s an individual that’s gone there with something to harm someone.

‘I’m in my late 40s and ex-Forces and my mentality is I just can’t comprehend it, what idiot goes in there with that?

‘I’ve really lost a few days sleep with it because it’s not sinking in that some idiot would do it.’

He said his son ‘just can’t believe that someone would do it’.

Mr Spencer-Littlewood continued: ‘He’s a confident lad and he’s never been in trouble with anything and he’s gone there thinking it’s a once in a lifetime thing because it’s so expensive.

‘Looking at any other report of the festival you wouldn’t have a clue this happened so why should we keep quiet.’

Family members have contacted Leeds Festival about the incident but are yet to receive a reply.