Boy, 4, gets reply from Sir David Attenborough after extinction letter

Sir David Attenborough has assured a four-year-old boy that humans won’t go extinct ‘like the dinosaurs’ as long as ‘we look after our planet planet properly’.

Otis Allen, from Cardiff, left his mother, Gerry Holt, ‘stumped,’ when he asked her if humanity faced extinction as she was tucking him into bed.

They devised the plan to contact Sir David, 94, the next morning, sending him a card with a drawing of a dinosaur by Otis.

Sir David thanked Otis for his letter, responding to his extinction query: ‘The answer is that we need not do so as long as we look after our planet properly.’ 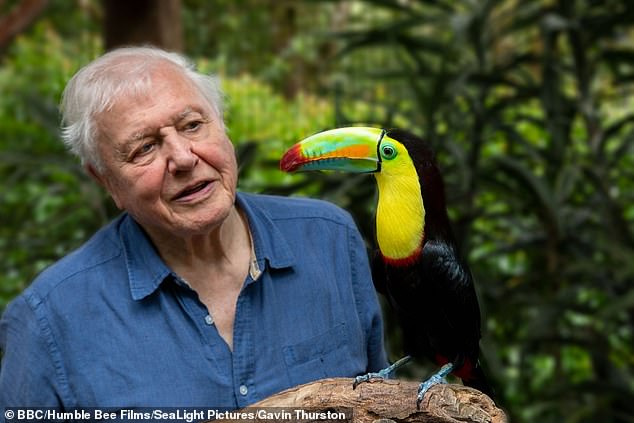 Sir David Attenborough, 94, took the time to reply to little Otis Allen’s letter, after the four-year-old wrote to ask whether humanity would go extinct like the dinosaurs 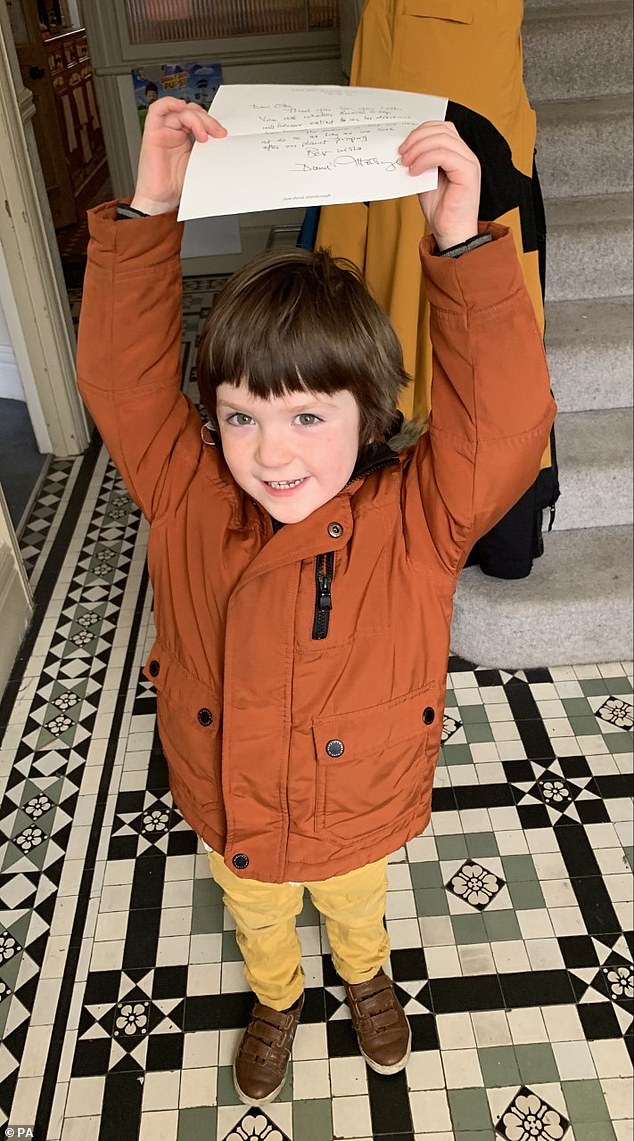 Otis, from Cardiff, left his mother stumped after he asked whether humans would vanish like the Jurassic creatures he adores. Together they decided to write to the legendary naturalist and get an answer

‘There’s something really special and poignant about a 94-year-old conservationist who has spent his life working to save the planet corresponding with a four-and-a-half-year-old who’s just at the very beginning of his journey to understand the impact of climate change and our behaviour on the planet.

‘Otis was really thrilled – he’s really fascinated by venus fly traps at the moment so he’s been watching video clips of Sir David talking about them. 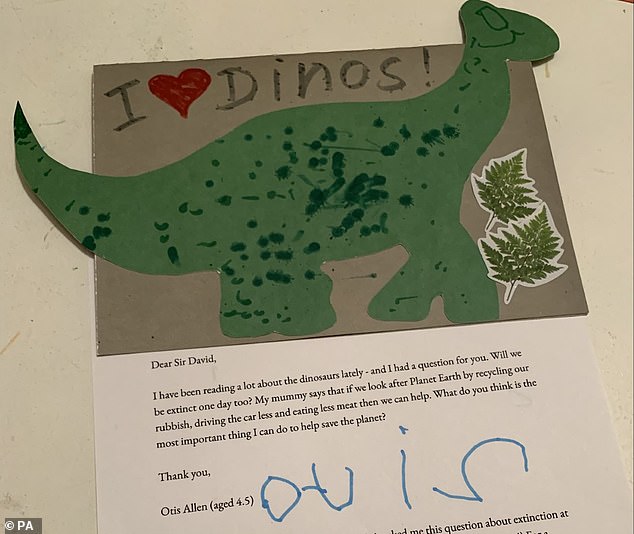 Otis, signed off his letter and sent it to David Attenborough, asking him what he could do to help save the planet 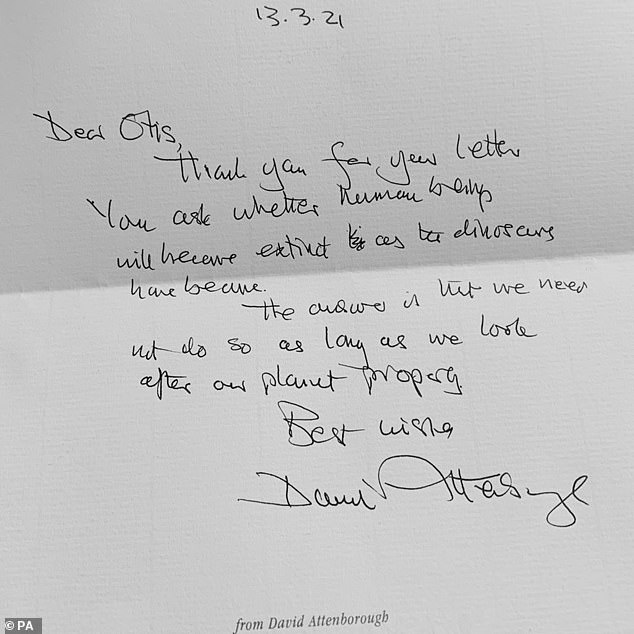 The long-serving wildlife documentary maker replied within days, telling Otis and his mother humanity need not go extinct ‘as long as we look after our planet properly’ 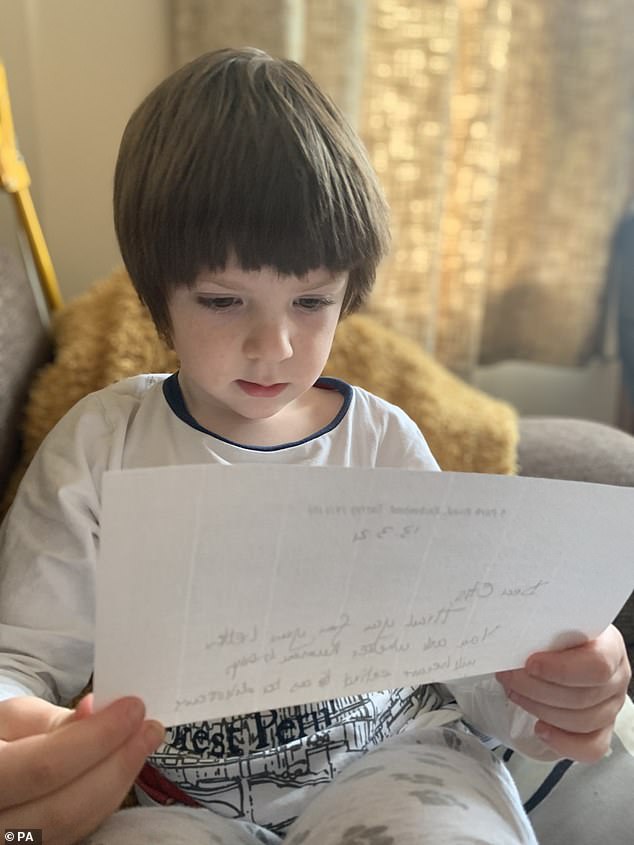 Ms Holt said: ‘(Otis’) little face just lit up when I read the letter to him this morning… but I think he’ll need to be a bit older before he really understands the significance.’

‘His little face just lit up when I read the letter to him this morning… but I think he’ll need to be a bit older before he really understands the significance.’

Ms Holt, a communications officer at Cardiff University, described Sir David as a ‘wonderful human being’ and a ‘national treasure’, adding that the letter ‘made us all smile’.

‘He has that innate ability to inspire and engage people, whether it’s speaking at UN climate change talks or writing to a young boy about the dinosaurs,’ she said.

‘It’s thanks to people like Sir David that Otis will grow up knowing about the climate emergency we face – and I think we should all be so grateful for his work.’