Home » World News » Brave Ukrainian refugee, 11, travels 600 miles on his own to Slovakia

Brave Ukrainian refugee, 11, travels 600 miles on his own to Slovakia

An 11-year-old boy braved a 600-mile journey from southeastern Ukraine to the Slovakian border all by himself with only a plastic bag, passport, and telephone number scribbled on his hand.

His mother had to stay back in Zaporizhzhia, where Russian troops attacked a power plant last week, but volunteers at the border were able to contact his loved ones in Slovakia thanks to a written note and the phone number.

The ‘hero’ was praised for his ‘smile, fearlessness and determination’ in a statement from the Slovakian Interior Ministry. 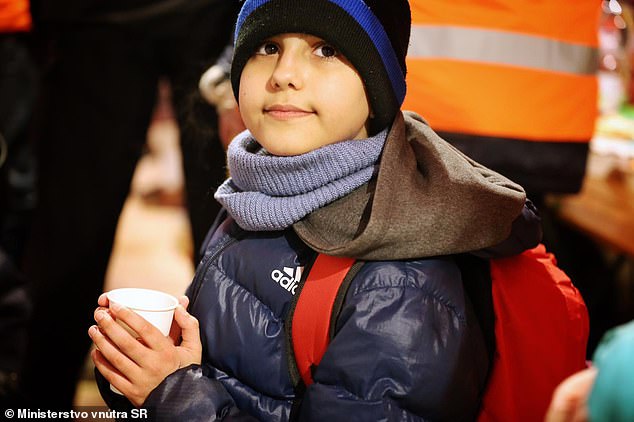 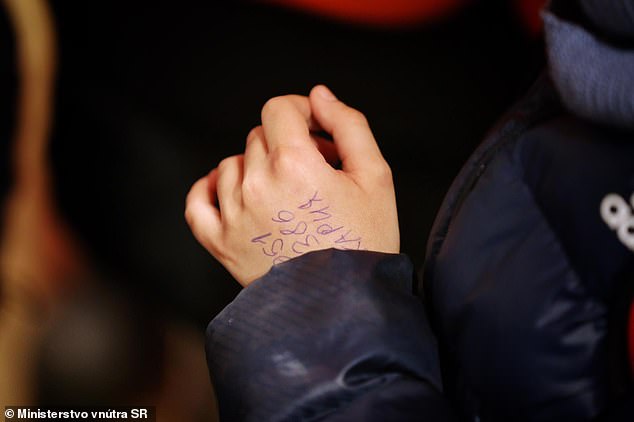 His parents had to stay back in Ukraine, but volunteers at the border were able to contact his loved ones in Slovakia thanks to a written note and the phone number

The post on its Facebook page added: ‘Volunteers took care of him, took him warm and provided him with food and drink, which they packed for the next trip.

‘Thanks to the number on his hand and a piece of paper in his waist, he managed to contact his loved ones, who came for him later, and the whole story ended well.’

Local reports suggest the boy’s mother had to stay back in Ukraine in order to take care of a sick relative. 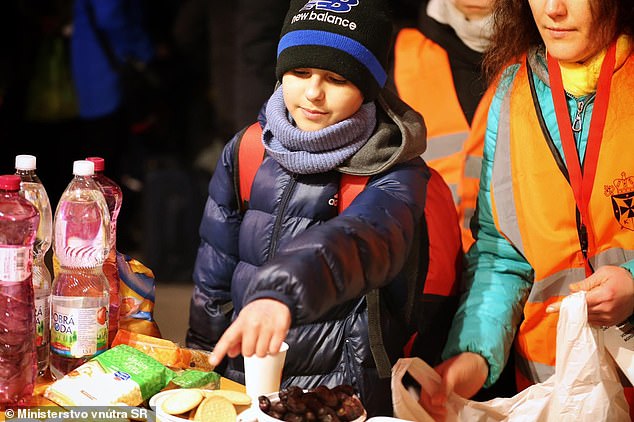 The post on the ministry’s page added: ‘Volunteers took care of him, took him warm and provided him with food and drink, which they packed for the next trip’ 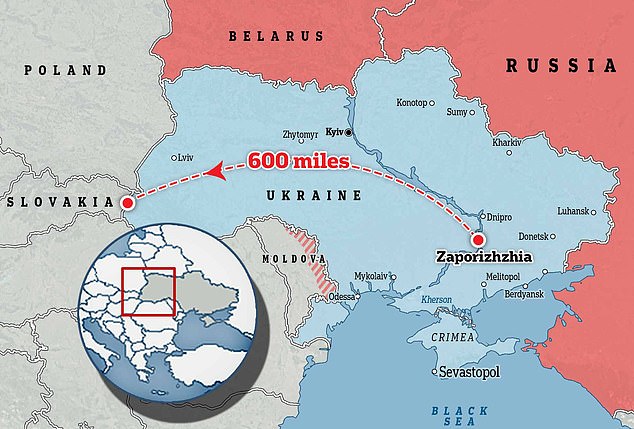 Hours after the boy – whose relatives in Bratislava were contacted – reached safety, his mother Júlia Pisecká explained that her son was able to reach the border by train, in a video shared in a Facebook post by the Police of the Slovak Republic.

In the clip she added: ‘I am a widow and I have more children. I want to thank the Slovak customs and volunteers who took care of my son and helped him cross the border.

‘I am grateful you have saved my child’s life. Next to my town is a nuclear power plant that the Russians are shooting at.

‘I couldn’t leave my mother, she can’t move on her own. 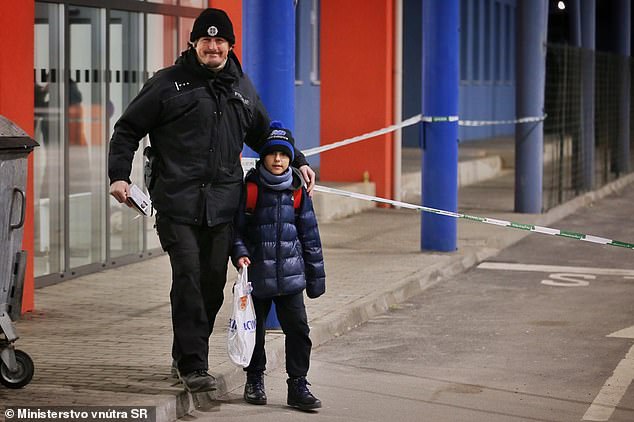 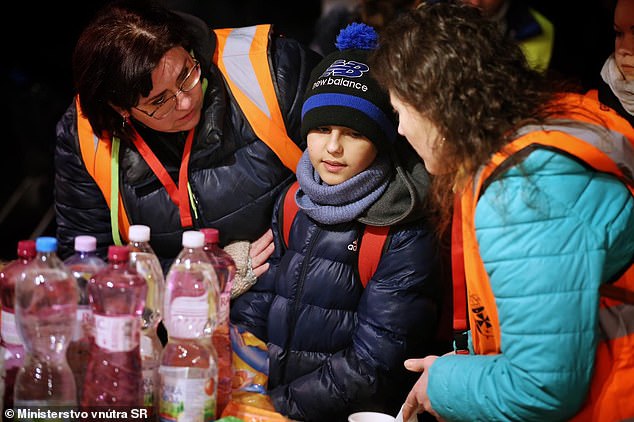 The ‘hero’ was praised for his ‘smile, fearlessness and determination’ in a statement on the Slovak Ministry of Interior

‘People with a big heart live in your small country.’

Local reports suggest the 11-year-old’s siblings have also made it to Slovakia.

Russian troops had attacked the Zaporizhzhia nuclear power plant, which is the largest in Europe and creates around 20 per cent of Ukraine’s electricity, in the early hours of Friday, with CCTV capturing a fierce gun battle between Putin’s men and Ukrainian defenders that sparked a fire in a six-storey training building just outside the main complex.

Moscow’s men then stopped firefighters getting to the building for several hours.

Readers of Mail Newspapers and MailOnline have always shown immense generosity at times of crisis.

Calling upon that human spirit, we are now launching an appeal to raise money for refugees from Ukraine.

For, surely, no one can fail to be moved by the heartbreaking images and stories of families – mostly women, children, the infirm and elderly – fleeing from Russia’s invading armed forces.

As this tally of misery increases over the coming days and months, these innocent victims of a tyrant will require accommodation, schools and medical support.

All donations to the Mail Ukraine Appeal will be distributed to charities and aid organisations providing such essential services.

In the name of charity and compassion, we urge all our readers to give swiftly and generously.

TO MAKE A DONATION ONLINE

To add Gift Aid to a donation – even one already made – complete an online form found here: mymail.co.uk/ukraine

Via bank transfer, please use these details:

TO MAKE A DONATION VIA CHEQUE

TO MAKE A DONATION FROM THE US

US readers can donate to the appeal via a bank transfer to Associated Newspapers or by sending checks to dailymail.com HQ at 51 Astor Place (9th floor), New York, NY 10003