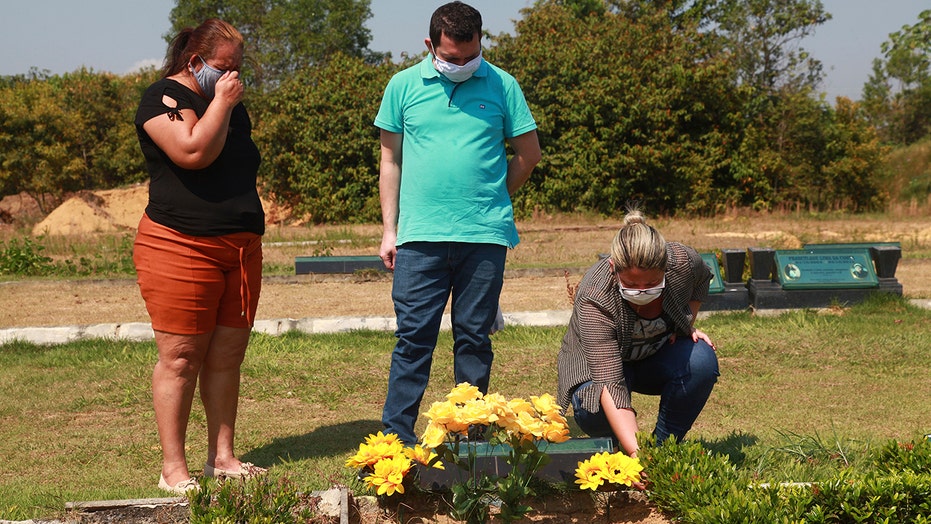 Brazil’s coronavirus death toll surpassed 100,000 Saturday night, marking a grim milestone as the outbreak shows no signs of easing five months after the first reported case in the country.

With an average of more than 1,000 daily deaths since late May, the nation of 210 million has the second-highest death toll in the world behind the United States. Brazil also has the second-most total infections after the U.S., with 3,012,412 confirmed COVID-19 cases, according to the Health Ministry.

However, as in many countries, experts believe that both numbers may be much higher due to insufficient testing.

"We reach that mark [100,000] and many people seem to not see it, both among the government and our people,” Silva said. “They are not just numbers but people. Death became normal.” 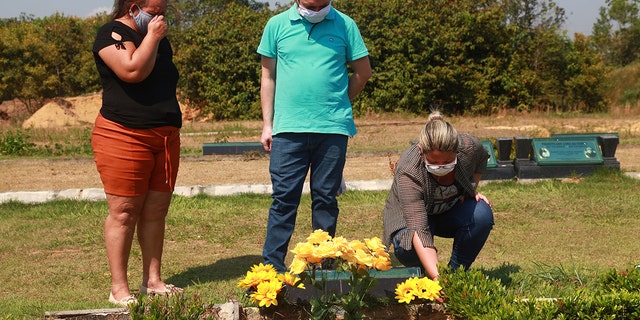 Sisters Valeria Melo da Silva, left, and Viviane, her husband Luigi do Nascimento visit the grave of their mother who died of COVID-19, at a cemetery in Manaus, Brazil, Tuesday, Aug. 4, 2020. Their 67-year-old mother reported having a cold, and a few days later started having problems breathing. She died after five days in a public hospital. “I still don’t accept her death, not yet,” said Viviane, crying, and expressing regret the family had been unable to hold a wake for her mother. (AP Photo/Helton Belo)

Even as the toll of deaths and infections continue to rise, President Jair Bolsonaro – who said he caught the virus and has since recovered – has pushed for reopening the country’s economy.

Many of Brazil's 27 states have begun to reopen shops and restaurants, and people have returned to beaches in places like Rio de Janeiro.

Experts have complained of a lack of national coordination under Bolsonaro and disorganized responses by city and state governments, with some reopening earlier than health experts recommended.

"We should be living in despair, because this is a tragedy like a world war. But Brazil is under collective anesthesia," Dr. José Davi Urbaez, a senior member of the Infectious Diseases Society, told Reuters.

"The government's message today is: 'Catch your coronavirus, and if it's serious, there is intensive care.' That sums up our policy today," Urbaez said. 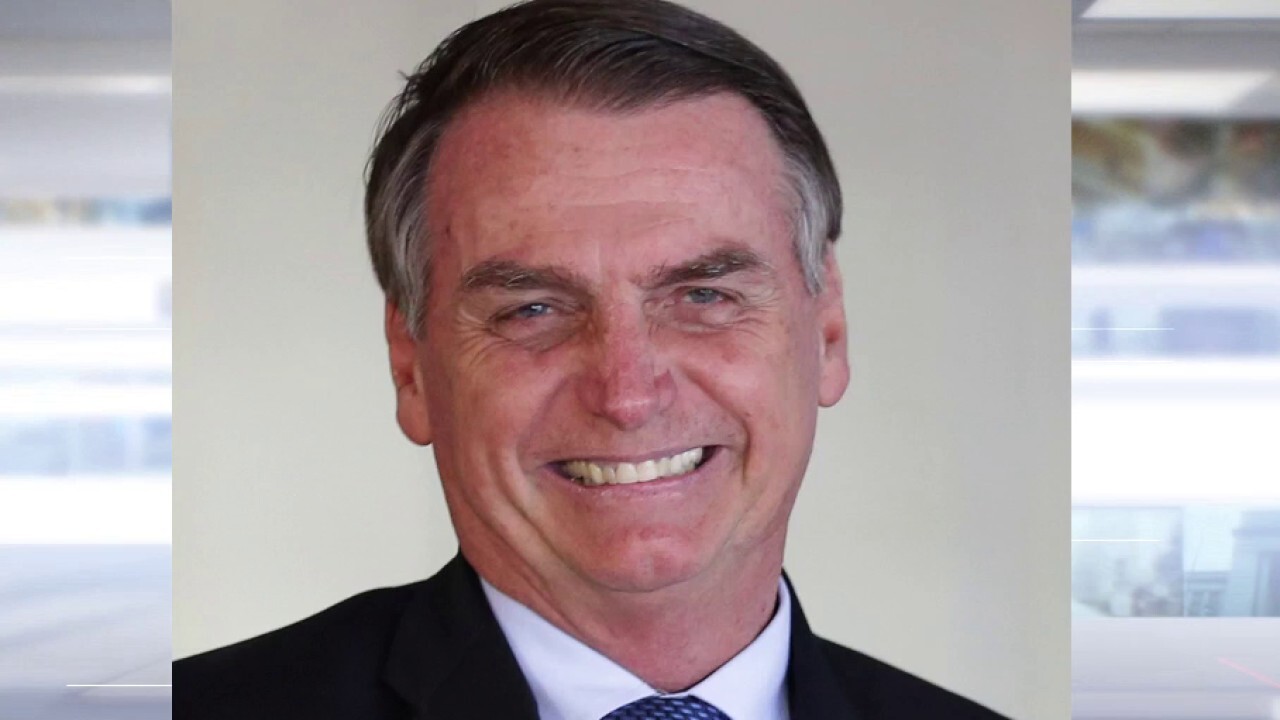 Bolsonaro, who has called COVID-19 a “little flu,” has had two health ministers, both physicians, resign over differences with the president over social distancing and the use of hydroxychloroquine, an anti-malaria drug, which most studies have found to be ineffective in treating COVID-19.

Bolsonaro has promoted the drug, saying it helped him recover from his own infection.