‘Bullied’ civil servant wins £250,000 payout after she was taunted by colleagues and branded racist for saying it always rains in Wales

A civil servant who was called ‘racist’ by colleagues for saying it always rains in Wales amid a ‘lengthy campaign of harassment’ has been awarded £250,000 by a tribunal.

Anne Giwa-Amu won her race discrimination case after being mocked for her daily ‘weather reports’, accused of stealing ice cream and criticised for complaining about the cold, wet weather – in behaviour which she said may have started out as a joke, but quickly became ‘bullying’.

Ms Giwa-Amu, who is mixed Nigerian and Welsh, joined the Department for Work and Pensions as a full-time administrative officer in 2017. 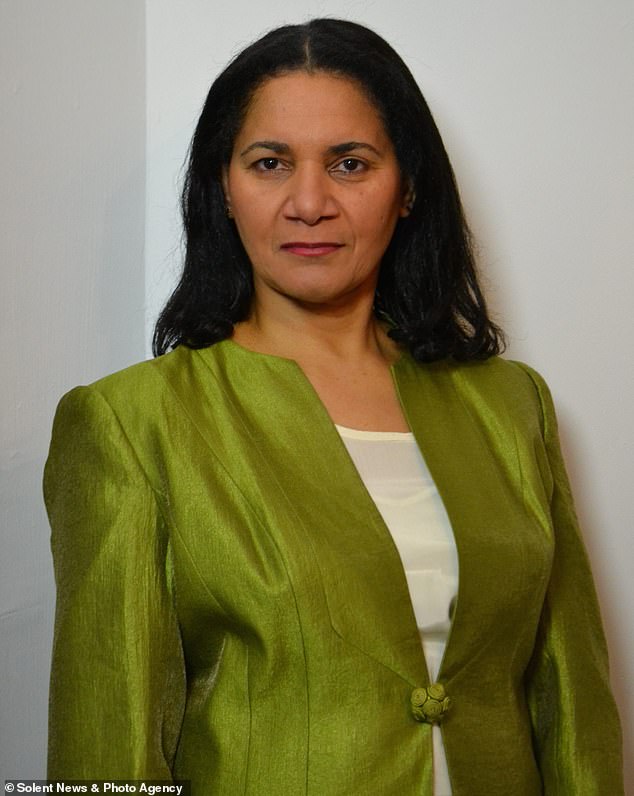 Anne Giwa-Amu, pictured, won her race discrimination case after being mocked for her daily ‘weather reports’, accused of stealing ice cream and criticised by colleagues for complaining about the cold, wet weather

During her time at the DWP office in Caerphilly, the 59-year-old, a qualified solicitor, was the only non-white recruit and the only trainee over the age of 50 in her team.

An employment tribunal held in Cardiff found she suffered ‘deliberate and humiliating harassment’ and that other staff had deliberately created a ‘hostile environment’.

Daisy Cartwright, who was also a newly appointed administrative officer, told Ms Giwa-Amu – who graduated from the London School of Economics – that it was ‘racist’ to say it always rained in Wales.

She attacked Ms Giwa-Amu for always moaning about the weather and whenever she mentioned it would mock her by saying ‘[Anne] is giving her usual weather report.’

The tribunal heard Ms Giwa-Amu felt Ms Cartwright was trivialising discrimination by calling her ‘racist’ for moaning about the weather.

The tribunal found that while this might have started as a joke, Ms Cartwright carried on ‘bullying’ Ms Giwa-Amu even after others asked her to stop.

In other peculiar antics, Ms Cartwright sprayed deodorant near Ms Giwa-Amu, knowing she hated it, and span around on a chair while sat next to her to try to make her feel sick.

Another co-worker, Robert Lewis, ‘humiliated’ Ms Giwa-Amu, described as a ‘quiet individual’, after he accidentally touched her bottom. 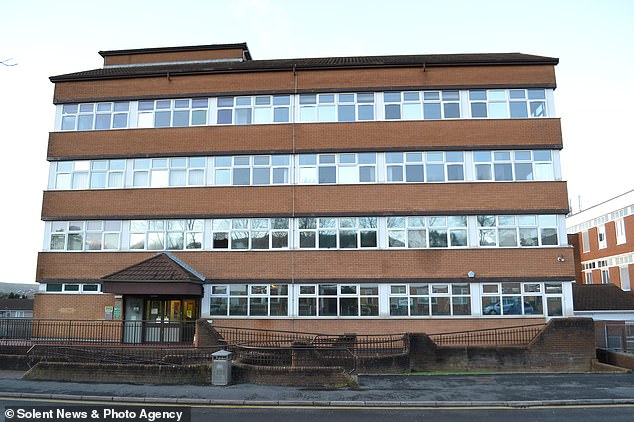 During her time at the DWP office in Caerphilly, pictured, the 59-year-old, a qualified solicitor, was the only non-white recruit and the only trainee over the age of 50 in her team

He said, in front of a large group: ‘I touched [Anne]’s bum. I touched her bum.’

Ms Giwa-Amu said the experience was ‘horrible’ and felt Mr Lewis was laughing about how ‘unpleasant’ it was to have touched her.

The tribunal found senior staff breached her confidence after she reported feeling ‘bullied’ by Ms Cartwright over her appearance.

Ms Giwa-Amu went on sick leave in March 2017 and was unlawfully dismissed in October that year for being unable to return to work.

She had been living on just £55 a week and had no money for food after her final pay cheque from the DWP was withheld.

Mr Lewis continues to be employed as an administrative officer at the Caerphilly Office while Ms Cartwright was promoted to a job in another part of the civil service.

Judge Howden-Evans ordered the DWP to pay more than £243,635 in compensation.

This included £42,800 for injury to feelings – such a high amount is only awarded when there has been a lengthy campaign of harassment.

The tribunal concluded: ‘Ms Cartwright’s and Mr Lewis’s acts were undertaken in an insulting way deliberately intended to humiliate the claimant and create a hostile environment for her.’

It found the DWP’s actions following Ms Giwa-Amu’s dismissal and the delay in providing her wages ‘rubbed salt into her wounds’.

It also decided the DWP should approach the Equality and Human Rights Commission and seek their help in implementing better diversity awareness training before the end of the year.