Camouflaged snake leaves Facebook users baffled… can YOU spot it?

A SLIPPERY snake has hidden itself perfectly among the leaves, making it nearly impossible to see – so can you spot it?

The mind-boggling snap of the camouflaged reptile has left Facebook users baffled as it appears to blend in. 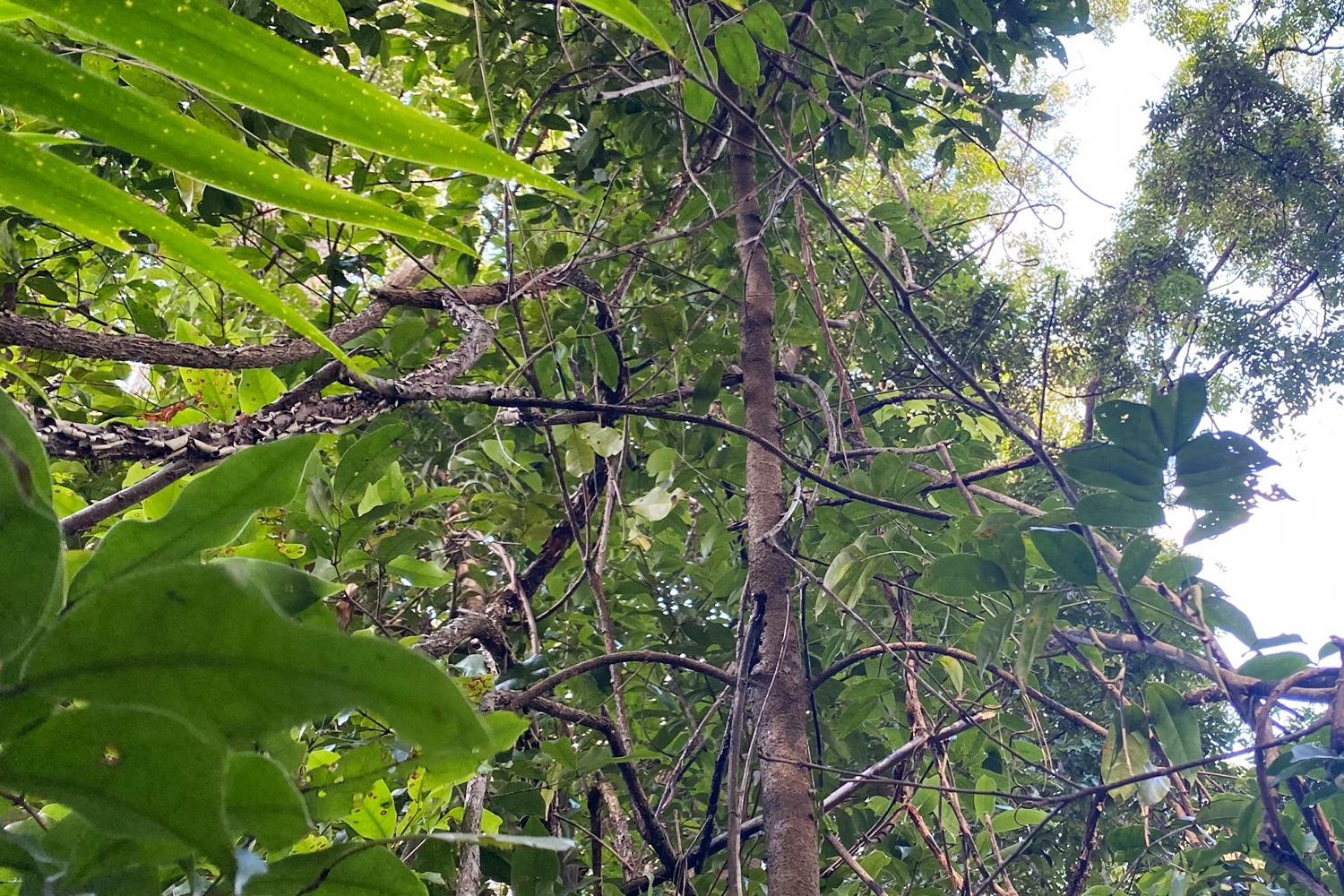 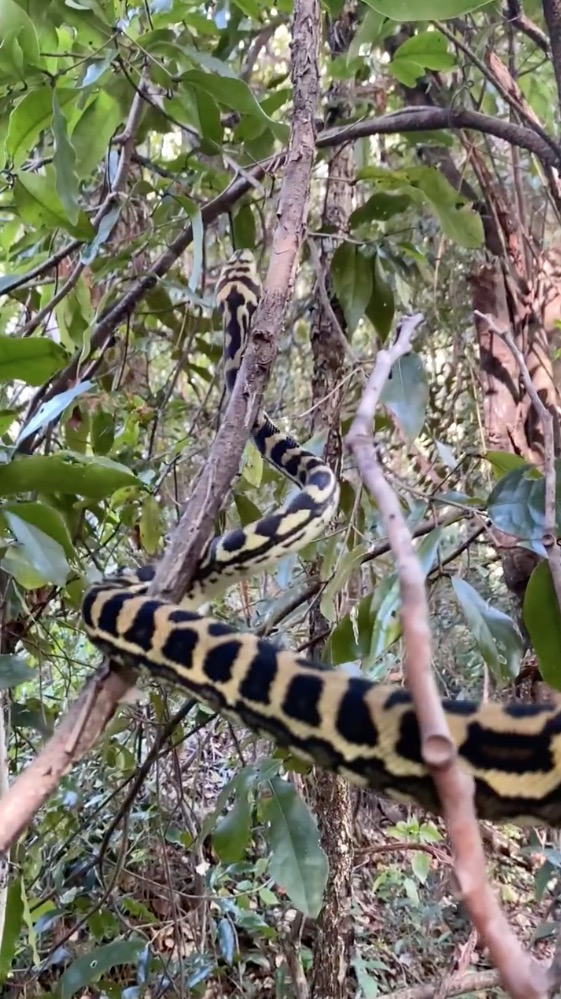 The photos shows a beautiful forest skyline devoid of any slippery creatures.

However, look a little closer and a perfectly camouflaged snake can be spotted entangled in a branch as it overlooks its prey below.

The image was shared by Sunshine Coast Snake Catchers, a professional snake-catching service in Queensland, Australia, after the reptile had been released back into the wild.

Challenging Facebook fans to a weekly game of ‘Spot the Snake Sunday,’ a
team member posted the image on Facebook and said: “Happy Sunday Snake Spotters.”

"A very hectic, up and down week with a few crazy snake calls and keeping busy behind the scenes.

“We go up high this week with a crazy climber. Good luck and show us in the comments where you think the snake is and what species it is for bonus marks.”

Although dozens of people put their guesses out online, many Facebook users were left completely stumped.

Some even reported that trying to spot the snake had left them feeling “criminally insane”.

One person commented: “I hate this game!!!! Coz I can never find the snakes staring at me in a photo and that concerns me. Lol.”

“Hundreds of snakes in this tree,” another viewer insisted.

Someone else added: “Nah I’ll wait until tomorrow to find out – these drive me criminally insane trying to find the snake. Doesn’t say much for me if ever I am dining right under one.”

“I think that tree is chock full of a variety of snakes,” said another viewer.

One person incorrectly guessed: “This looks like a green tree snake face and body.”

Several other people did guess correctly, however, locating the slippery serpent entangled round a branch in the centre of the image. 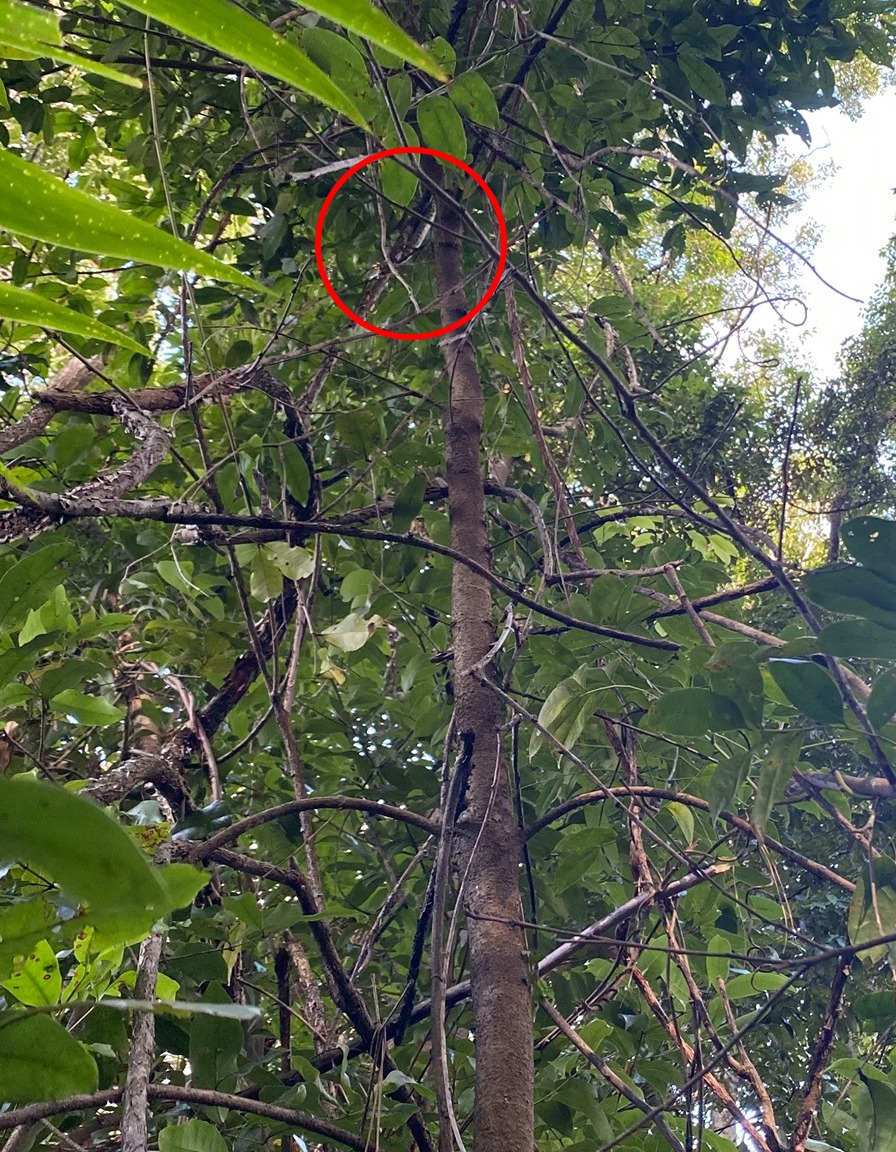 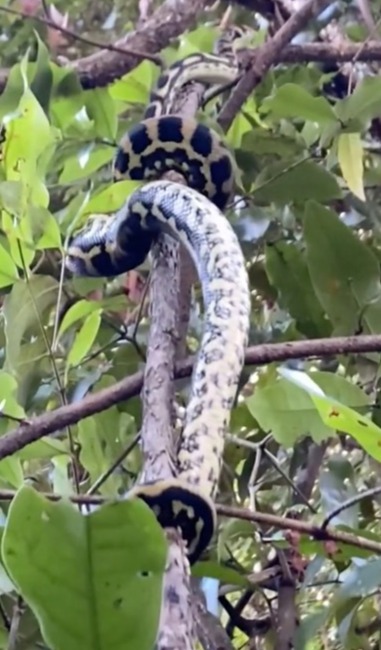 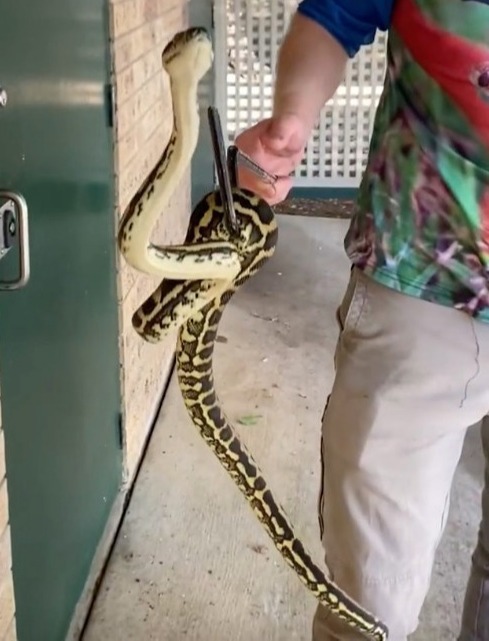 “Oh my, for the first time I think I’ve found it – a green tree snake,” one gleeful user said.

The team later identified the snake as a small coastal carpet python – common in the areas.

The team had found the reptile in a public toilet after a call from the local council in Woombye, Queensland.

The beast was curled up in the roof and scaring off locals who wanted to use the facilities.

The snake-catching team safely retrieved it and placed it back in nature – where they took the picture of the elusive creature to challenge their followers.