CANDICE Owens, a vocal Donald Trump supporter, claimed this year’s election will be “the greatest rigging of an American election,” in part because of the continuous Coronavirus pandemic.

When asked if Trump can win this year’s election, Owen’s told The Daily Caller, “This is the greatest rigging of an American election that we are all playing a part in right now.” 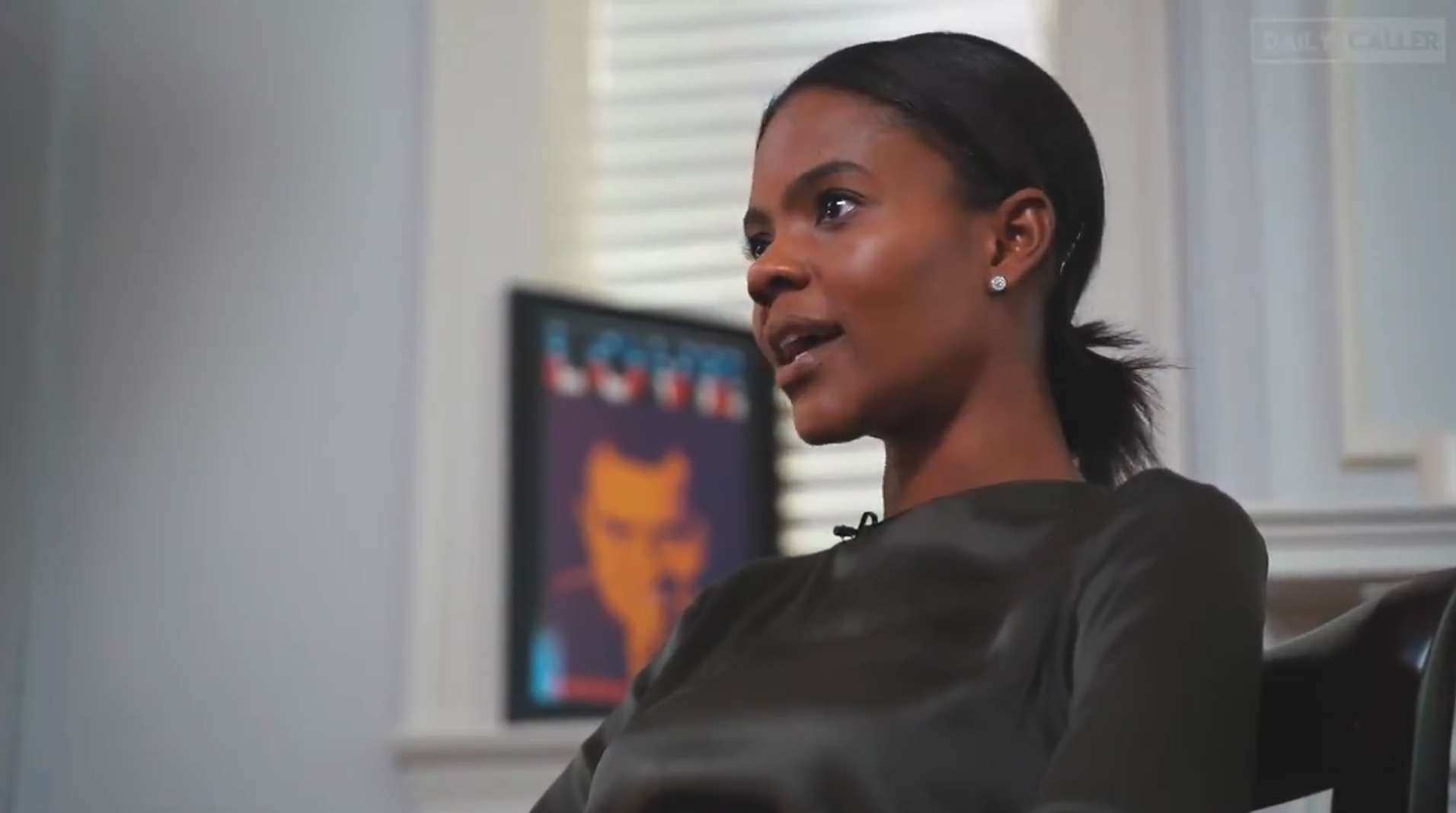 In a tweet Owen’s added to her comments on the election saying, “Coronavirus is the greatest rigging of an American election that has ever taken place – and we are all unwitting participants.”

Owens claimed the Left are using the pandemic to hide both their true policies and presidential candidate, Joe Biden, while preventing Trump from holding campaign events to tout his polices.

Owens added that the Left is using the coronavirus to push for mail-in voting, “which allows for tons of rigging.”

“You have them talking about mail-in voting, which we know is corrupt. We know it’s corruptible. We know that it allows for tons of rigging,” Owens said. 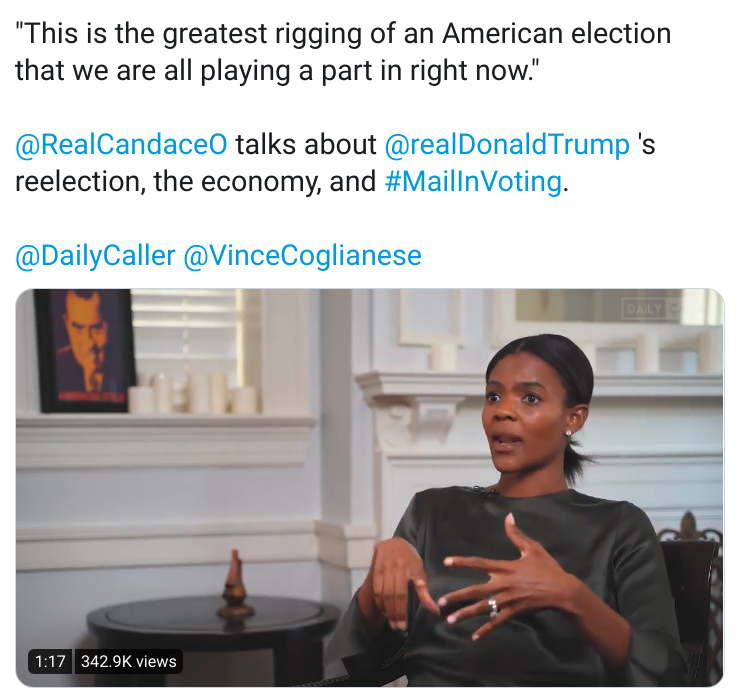 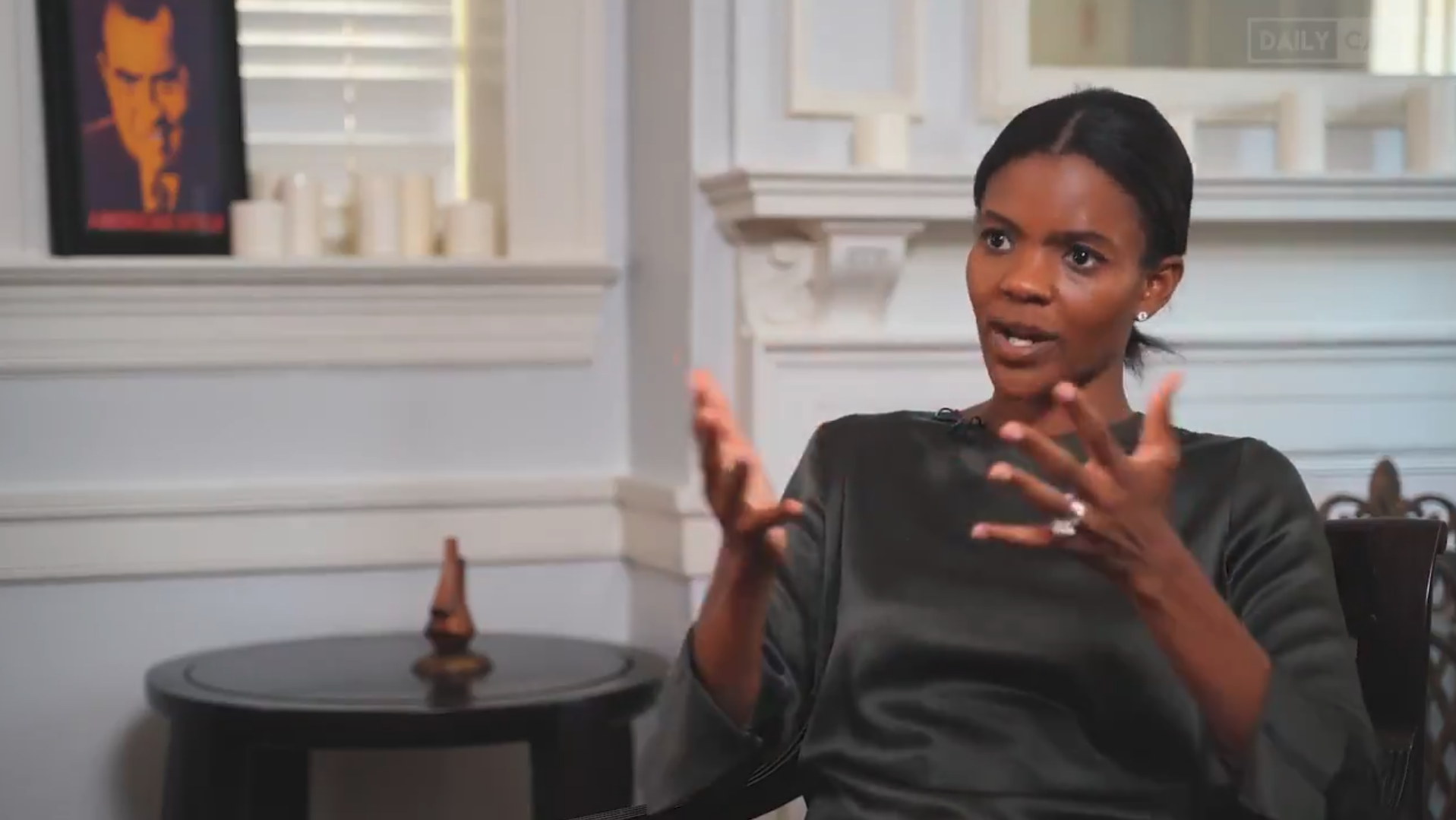 Trump has also been critical on the push for mail-in voting for the upcoming election due to COVID-19, saying the United States Postal Service is “not prepared for something like this.”

Trump also said that the Postal Service has been having issues for “decades,” and the system is not built to handle millions of mail-in ballots.

“As you know, the Postal Service for 40 years has had big problems. They’re not equipped… It’s a very complex process,” Trump said.

“Again, absentee is great, it works like in Florida they’ll do absentee, it works, but universal mail-in ballots is going to be a great embarrassment to our country.”

A similar issue sprung up in New York City during the Congressional primary. 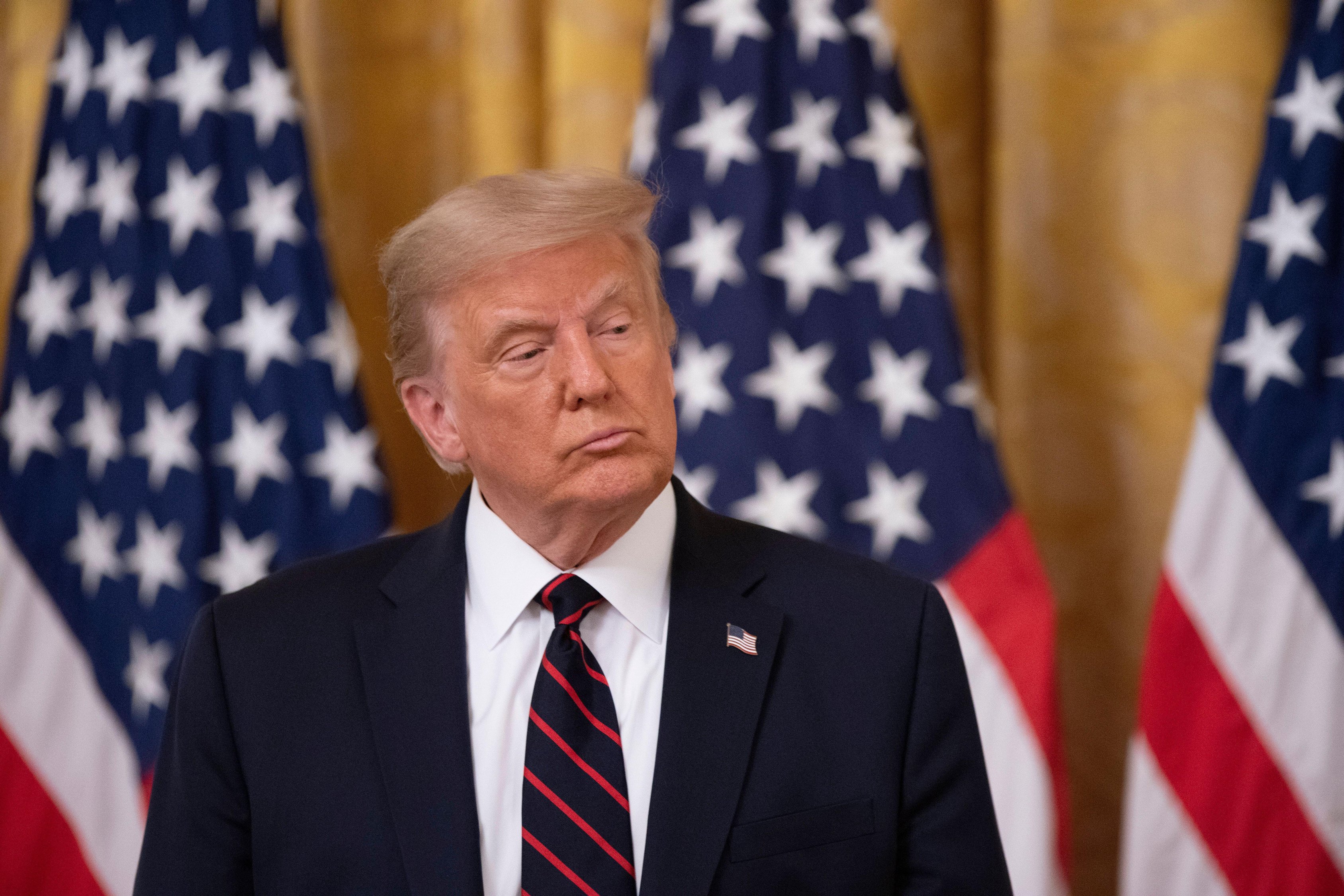 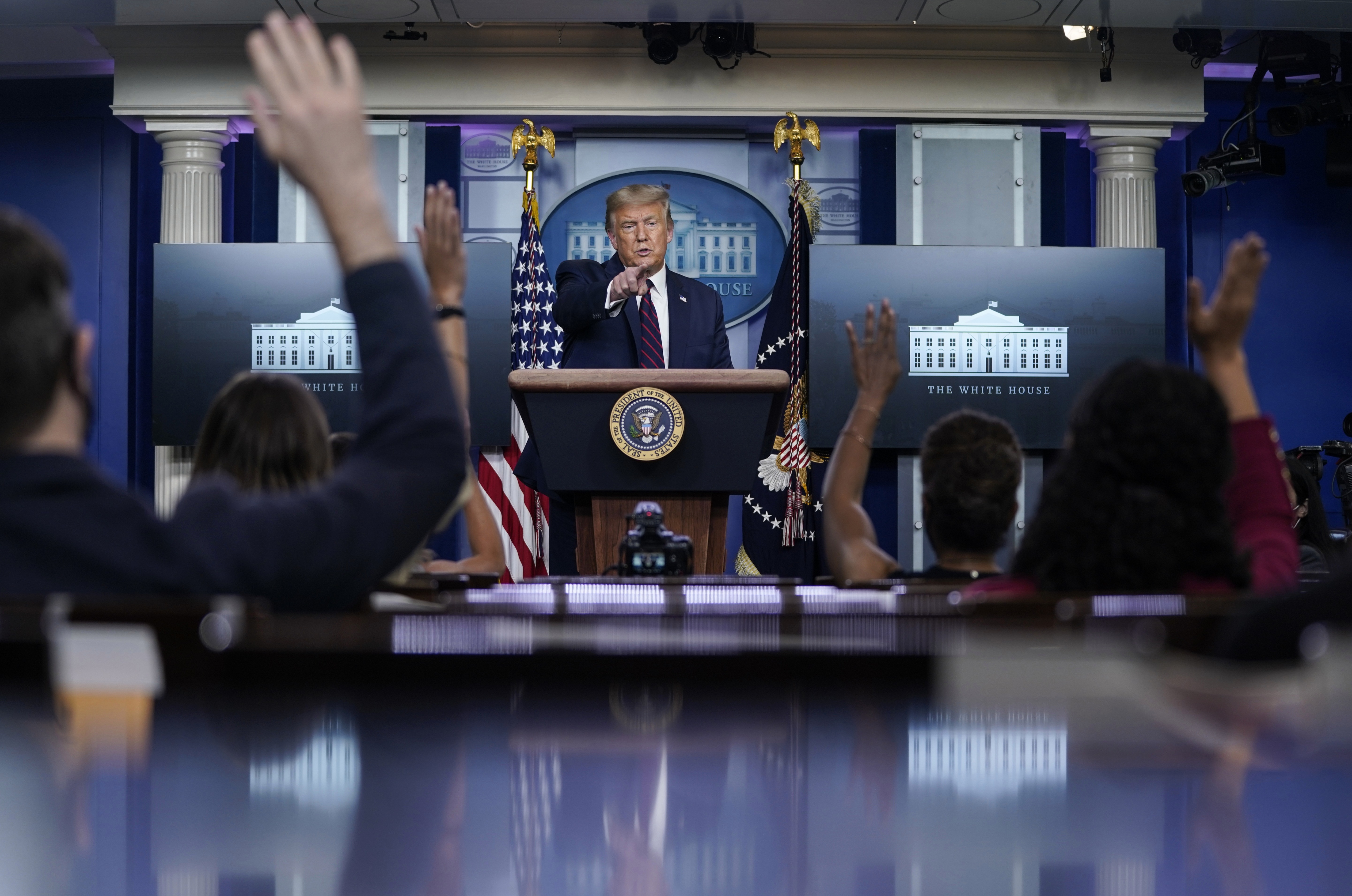 Judge Analisa Torres of NYC forced the counting of more than 1,000 of the 12,500 disputed absentee ballots mailed in.

Under Judge Torres’ decision, ballots received on June 24, the day after Election Day, will be counted without regard to whether such ballots are postmarked by June 23.

Democratic challenger Suraj Patel, praised the decision and said the fiasco could foreshadow possible complications in the November presidential election.

“This is no longer a Democratic or a Republican fight, this is not an established versus progressive fight. This is now a fight for the voting rights of millions in a pandemic,” he told The New York Times.

The push for mail-in voting comes as the US continues to struggle to contain the spread of the coronavirus.

A solution to limiting large gatherings prompted the idea of mail-in voting for the upcoming presidential election.