Home » World News » Cardi B Pleads Guilty to Charges in 2018 Strip Club Fight: 'Looking Forward to Moving Past This'

Cardi B Pleads Guilty to Charges in 2018 Strip Club Fight: 'Looking Forward to Moving Past This' 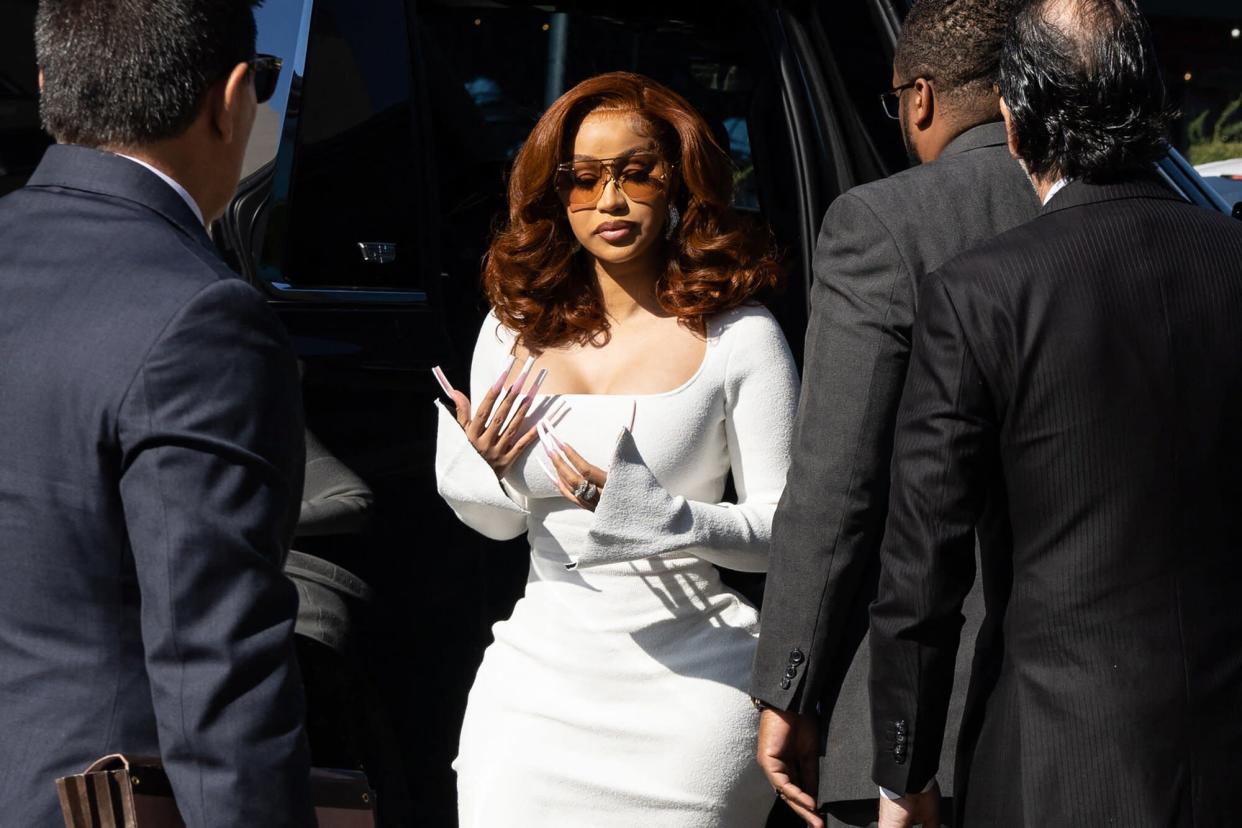 YUKI IWAMURA/AFP via Getty Cardi B

Cardi B pleaded guilty on Thursday to two misdemeanor charges that came in connection with a 2018 strip club brawl in Queens, New York.

The “Wap” rapper, 29, appeared in Queens Supreme Court to accept a plea deal that handed her a three-year order of protection from the women involved in the fight, as well as 15 days of community service.

“Part of growing up and maturing is being accountable for your actions. As a mother, it’s a practice that I am trying to instill in my children, but the example starts with me. I’ve made some bad decisions in my past that I am not afraid to face and own up to,” she said in a statement obtained by PEOPLE. “These moments don’t define me and they are not reflective of who I am now. I’m looking forward to moving past this situation with my family and friends and getting back to the things I love the most — the music and my fans.”

Cardi — who is mom to daughter Kulture Kiari, 4, and son Wave Set, 1, with husband Offset — had 10 charges dismissed, but pleaded guilty to misdemeanor charges of assault in the third degree and reckless endangerment. She was photographed Thursday entering the court in a form-fitting white dress.

An attorney for Cardi (real name Belcalis Almánzar) did not immediately respond to PEOPLE’s request for comment.

RELATED: Offset Says His 5 Kids Are a ‘Priority’ and He’s ‘Blessed’ with Cardi B Who Treats Them as ‘Hers’

The incident in question took place in August 2018, when the Grammy-winning star allegedly ordered an attack on two female bartenders at Angel’s Strip Club because she believed Offset had had an affair with one of them, according to The New York Times and TMZ.

A police spokesperson told CNN at the time that Cardi was allegedly “throwing chairs, bottles and hookahs in the club at 3 a.m.”

Sources close to Cardi previously denied that she was involved in the attack, according to TMZ. While the bartenders were reportedly injured during the brawl, both women declined to receive medical treatment.

She was arrested in October 2018 after surrendering to police.

Cardi’s plea deal comes two days after she surprised her former middle school in the Bronx with a $100,000 donation to financially assist their arts department.

“This middle school, IS 232 in the Bronx, has a very special place in my heart!! It turned me from an 11 year old girl into a little teenage adult. Kids in the Bronx have to grow up quickly [due] to our circumstances and our environment,” she wrote in a lengthy Instagram caption. ” I hope my donation can help create an amazing after school program that will help kids stay out the streets or a troubled home and most importantly allow them to learn something that they can take with them through LIFE. “