THIS is the shocking moment two cops were dragged and beaten by a mob during a George Floyd protest in Chicago.

The startling video emerged following a night of violent clashes between rioters and officers in cities across the country. 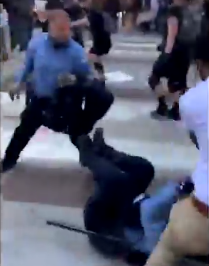 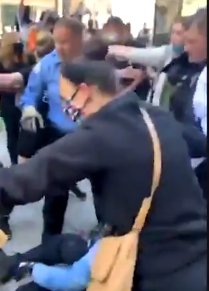 The exact location of the incident is not clear, but officers appeared to be trying to make an arrest when crowds moved in to free the suspect.

As officers tried to hold off their attackers, one was pulled down and dragged across the floor.

Others then grabbed the handcuffs from a female officer and also dragged her down as she fought to hold on.

When both uniformed officers were on the ground some of the crowd ran forward to attack them.

At one stage the male officer was punched around the back of his head as he lay face down on the pavement.

The attack only stopped when several demonstrators formed a protective circle around them both so they could get back to their feet.

It's not clear what injuries they sustained during the sickening attack. 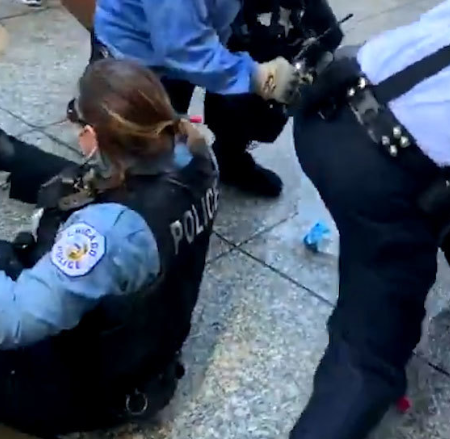 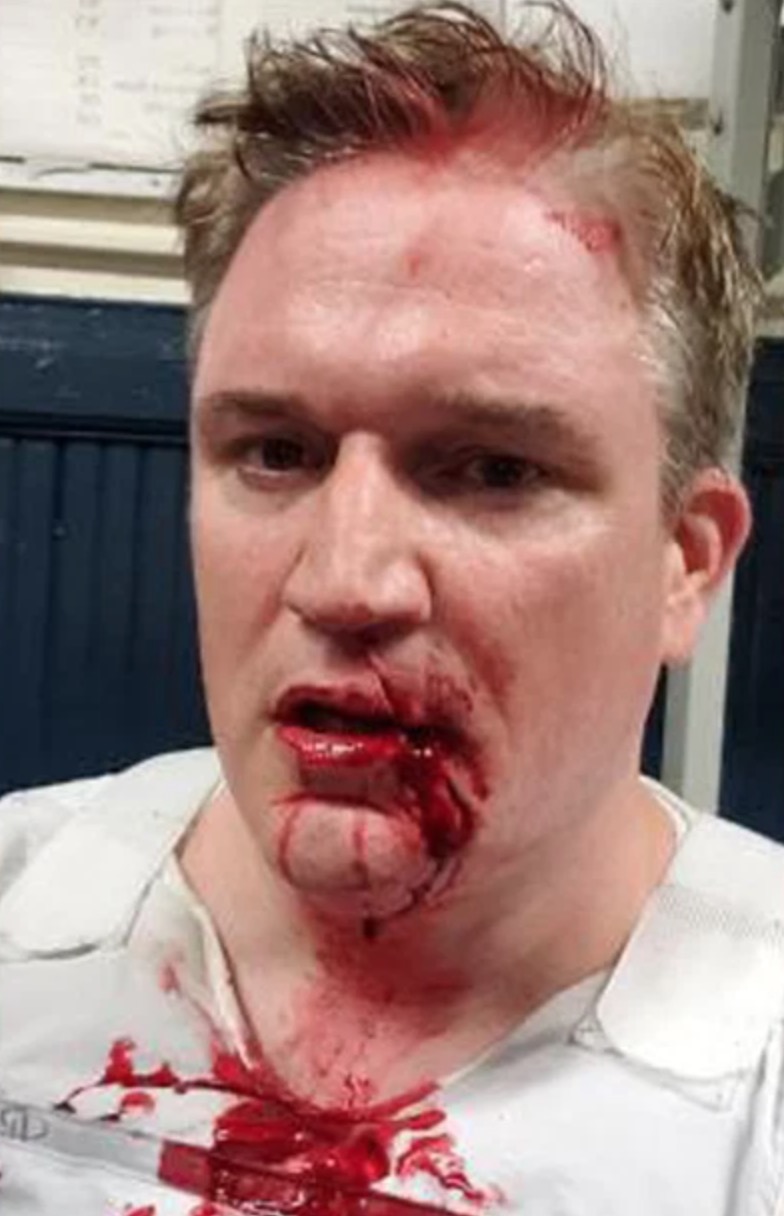 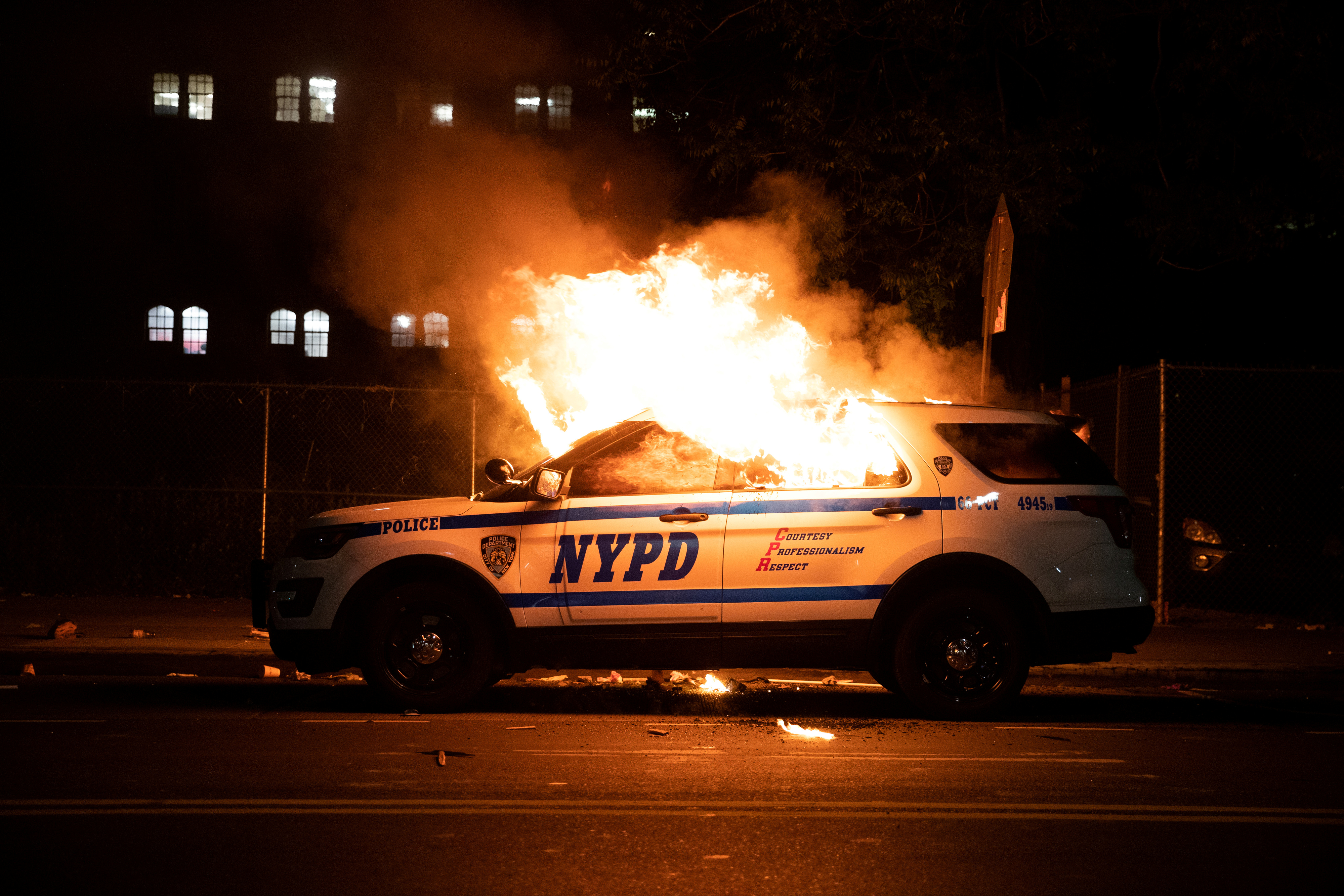 Earlier a pictured emerged which was said to show the bloodied face of a member of the NYPD.

He was reported to have lost a tooth after apparently being hit by a brick during violent protests in Brooklyn Friday night, according to police sources.

Lt. Robert Corbett was seen with a cut mouth and blood-stained shirt in photos taken sometime after the altercation.

“So … my face is a brick magnet,” Corbett captioned the image.

“Apparently word travels fast so thanks everyone for reaching out. My head hurts and it’s a little hard to talk.”

A Chicago police officer suffered broken bones and dozens of others were injured as protests erupted in the city last night, said police Supt. David Brown.

"We had dozens [of officers] injured today," Brown said during a press conference announcing a citywide curfew Saturday evening.

"We don't have an ongoing count. We do have one officer with broken bones – I will tell you that's pretty serious – others who have had minor injuries.

"It's ongoing and the night's young and this crowd is increasingly more mean-spirited and violent." 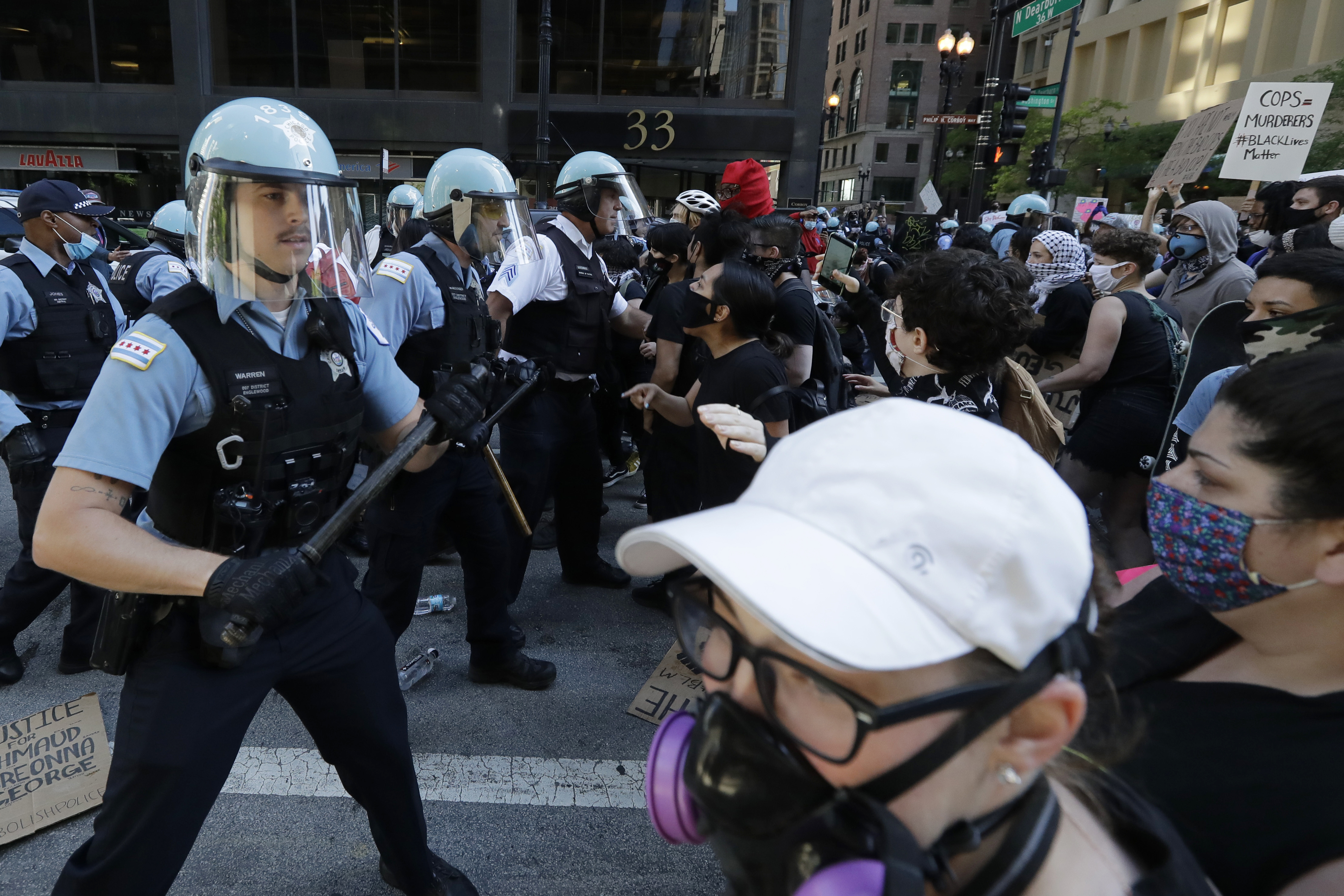